Today in military history: US forces invade Guadalcanal - We Are The Mighty 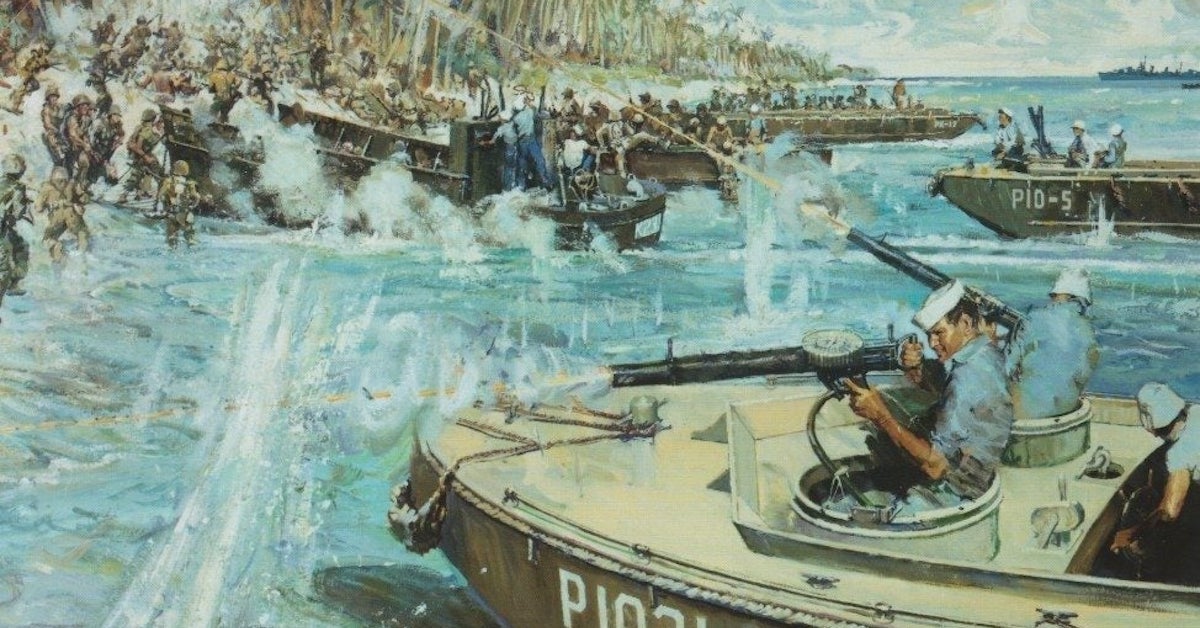 The Japanese occupied Guadalcanal, as well as other locations in the strategically important Solomon Islands. Operation Watchtower was the codename for the surprise invasion by the Americans and would become the first time U.S. forces truly began to understand the ferocity of the Japanese Empire’s soldiers.

During the seven months of the Guadalcanal campaign, 60,000 U.S. Marines and soldiers killed about 20,000 of the 31,000 Japanese troops on the island.

The main objective of the fighting was a tiny airstrip that the Japanese were building at the western end of Guadalcanal, a speck of land in the Solomon Islands. The airstrip, later named Henderson Field, would become an important launching point for Allied air attacks during the Pacific island hopping campaign.

It took months of fighting and a significant loss of warships on both sides, but the U.S. Marines and Navy successfully secured a Japanese retreat.

During the campaign, Sgt. John Basilone became the first Marine awarded the Medal of Honor in World War II and Operation Watchtower decimated Japan’s elite group of naval aviators. While Midway and Iwo Jima get most of the glory as turning points where America got an upper hand on the Japanese, it was at Guadalcanal that Marine, Navy, and Army aviators took out elite Japanese air crews, allowing America to achieve air superiority more easily in future battles. The island itself became a launching point for the American military to move north, crawling their way up to the Japanese homeland.