Today in military history: The Japanese take Bataan - We Are The Mighty 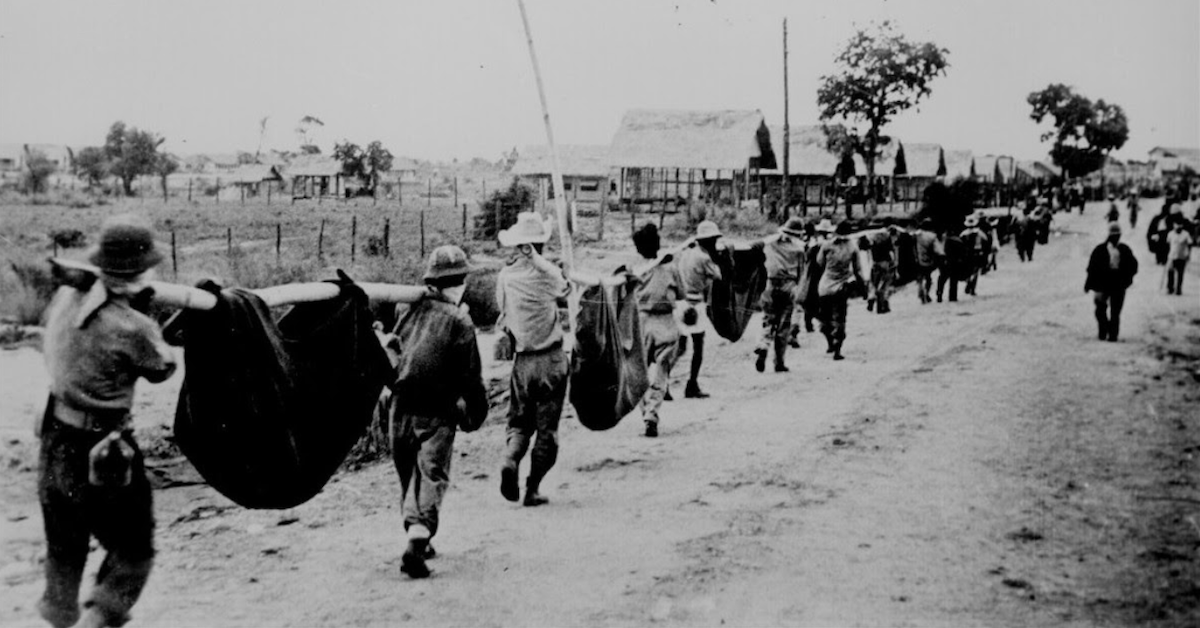 On April 8, 1942, the Japanese captured the Bataan Peninsula in the Philippines. The next day, the U.S. surrendered the peninsula to the Japanese, leaving the approximately 75,000 Filipino and American troops on Bataan to the mercy of their captors, who forced the brutal 65-mile trek to prison camps known as the Bataan Death March.

The Japanese Imperial Forces’ attack on Pearl Harbor in Dec. 1941 is perhaps the most infamous attack of a much larger campaign unleashed on U.S. and Allied Forces across the Pacific. The day after Pearl Harbor, the Japanese launched an invasion against the Philippines, capturing the capital within a month.

Over the following months, U.S. forces fought desperately to hold the islands, but by April 6, they were fighting against overwhelming odds as defensive lines were destroyed or ordered to withdraw before they could be fully occupied. Crippled by disease, starvation, and lack of supplies, the U.S. defense was deteriorating.

On the morning of April 8, the U.S. was fortifying new positions on the Alangan River in an attempt to form one last safe space from which to fight when Japanese planes began hitting the line and forced the withdrawal of the infantry and tanks on the right side of the line.

That night, the U.S. dug a final line of defense at the Lamao River only to discover that the Japanese already held ground on their flank.

Forces were redistributed to try and stem the tide, but U.S. Navy sailors were sent to destroy the remaining stockpiles of ammunition and other material before it could be captured. The siege of Bataan was essentially over — and the Japanese had won.

The next day, U.S. forces surrendered and the Japanese forced the survivors, including 12,000 Americans, on the cruel march to the prison camps in San Fernando. Thousands of prisoners died along the way at the hands of their captors, who starved, beat, and bayoneted the marchers. Thousands more would die from disease, abuse, and starvation in the prison camps.

Featured Image: This picture, captured from the Japanese, shows American prisoners using improvised litters to carry those of their comrades who, from the lack of food or water on the march from Bataan, fell along the road.” Philippines, May 1942.