Today in military history: US secures Guadalcanal - We Are The Mighty 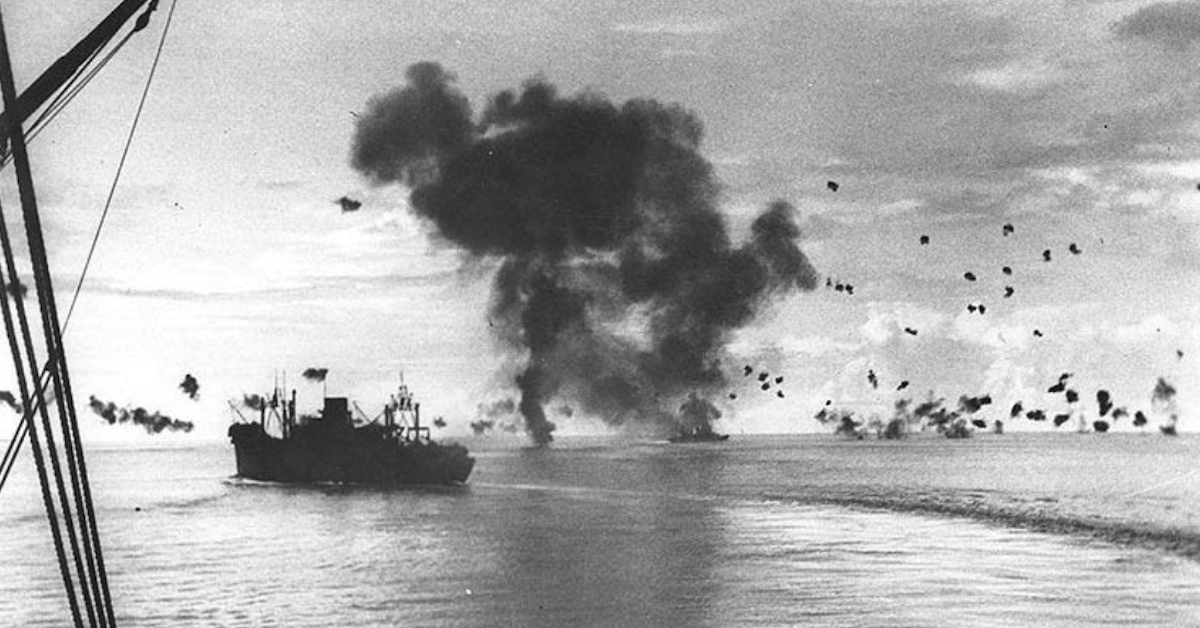 On Feb. 8, 1943, American Marines secured the island of Guadalcanal from the Japanese.

The largest of the Solomon Islands, Guadalcanal was invaded by Japan in 1942. The island was important because it held a strategic airfield. The airstrip, later named Henderson Field, would become an important launching point for Allied air attacks during the Pacific island hopping campaign.

The fight for it took five months before the Japanese would retreat – and another five weeks before it was secured. Most battles are at least primarily fought in one domain. A ground battle is backed up by air power, or an air engagement has some defense from ships — but Guadalcanal was total war.

Ships clashed in the straits around the island and provided shore bombardments. Planes engaged in dogfights and strafed enemy troops and ships. U.S. Marines fought for every inch, but also used mortars and artillery to engage the Japanese Navy. There were three major land battles in the campaign, seven naval battles, and constant aerial dogfighting.

The Americans came to take Guadalcanal from Japan on Aug. 7, 1942. When the Marines landed, it was the first major U.S. offensive against Japanese-held gains in the Pacific. The Marines lost 1,600 men in the following months. The Japanese lost a stunning 24,000. The Navy fought six major engagements during this period. Each branch of the U.S. military contributed to the campaign.

Only on Dec. 31 did Emperor Hirohito allow Japanese forces to withdraw from Guadalcanal. It took another five weeks for the Americans to secure it.

Featured Image: U.S. Navy ships fight back against Japanese planes during the battle of Guadalcanal.