Today in military history: Victory in Europe is celebrated around the world - We Are The Mighty

Today in military history: Victory in Europe is celebrated around the world 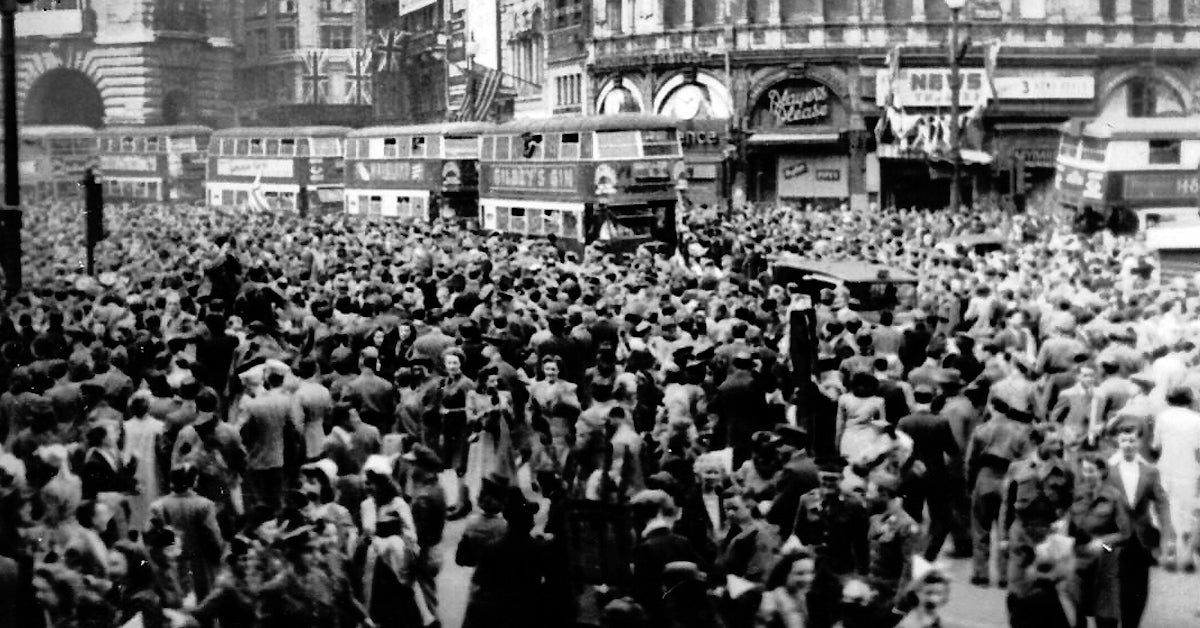 On May 8, 1945, the Allied Powers celebrated Victory in Europe after years of brutal warfare. The day would be known as V-E Day, celebrated for generations to come.

General Jodl had initially hoped to limit the terms of surrender to only the German forces still fighting the Western Allies, but General Dwight D. Eisenhower would accept nothing short of total surrender, putting an end to all fighting on the Western Front.

There were two official signings: The first was on May 7, 1945, when German Col. Gen. Alfred Jodl signed Germany’s surrender on all fronts in Reims, France. The second signing — insisted upon by Soviet Premier Josef Stalin — was by German Field Marshal Wilhelm Keitel the next day in Berlin. Jodl and Keitel were later found guilty of war crimes by the International Military Tribunal in Nuremberg, Germany, and both were subsequently executed.

On May 8, the people of Europe, who had been subjected to years of German occupation, oppression, and bombardment put out flags and banners, and rejoiced in the defeat of the Nazi war machine.

News spread quickly around the world from Moscow to Los Angeles.

While the American military still had months of fighting ahead of them in the Pacific, the war in Europe was won, but not without grave cost.

Tens of millions of service members and civilians were killed over five years of war across the continent, including 250,000 U.S. troops who were killed in the European theater. Among the dead were also 6 million Jews who were murdered by Nazi Germany.

While it would take another four months to defeat the Japanese threat in the Pacific, the cessation of war in Europe was cause for world-wide celebrations.

Featured Image: Crowds gathering in celebration at Piccadilly Circus, London during V-E Day on May 8, 1945.