Today in military history: Nazis begin Warsaw deportations - We Are The Mighty 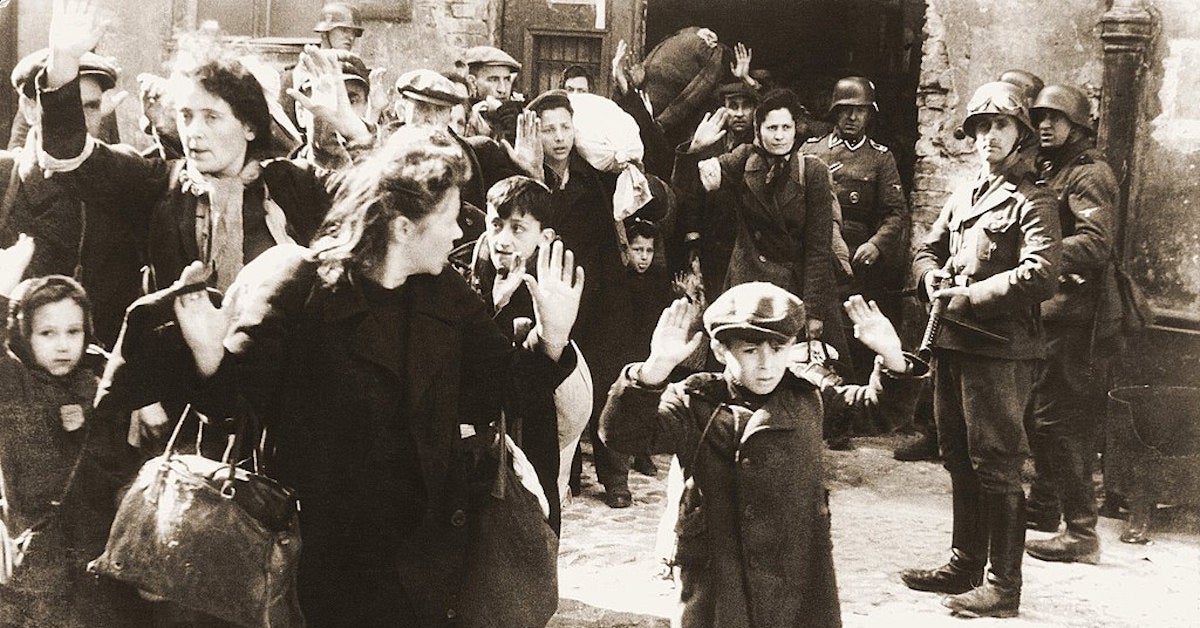 On July 22, 1942, the Nazis began the mass deportation of Jews from the Warsaw ghetto to the extermination camp at Treblinka in Poland.

Warsaw was the largest Jewish ghetto in Nazi-occupied Europe during World War II, cruelly imprisoning more than 400,000 Jews; including men, women and children.

Heinrich Himmler, head of the Nazi SS, ordered the Camp commandant, Rudolph Huss, to depopulate the Warsaw ghetto in what he described as a “total cleansing.” Within seven weeks of that order, more than 250,000 Jews were taken to the extermination camp at Treblinka and gassed to death.

By the end of the war, between seven hundred to nine hundred thousand Jews were murdered at the Treblinka camps. After the war, Himmler committed suicide in British custody, and Huss was found guilty of war crimes in the Nuremberg Trials and executed.

From April 19 to May 16, 1943, residents of the Jewish ghetto in Warsaw would revolt against their Nazi oppressors to try to prevent deportations to extermination camps. Their bravery and courage would inspire other revolts in extermination camps and ghettos throughout Europe.

While several hundred Nazis would perish in the uprising, sadly the Jewish prisoners were unable to overthrow their German captors. After a month of resistance, the Germans systematically razed Warsaw buildings block by block, killing and capturing thousands of Jews, and finally seizing control of the ghetto. Over 7,000 Jews perished during the revolt and another 50,000 were sent to extermination or labor camps.