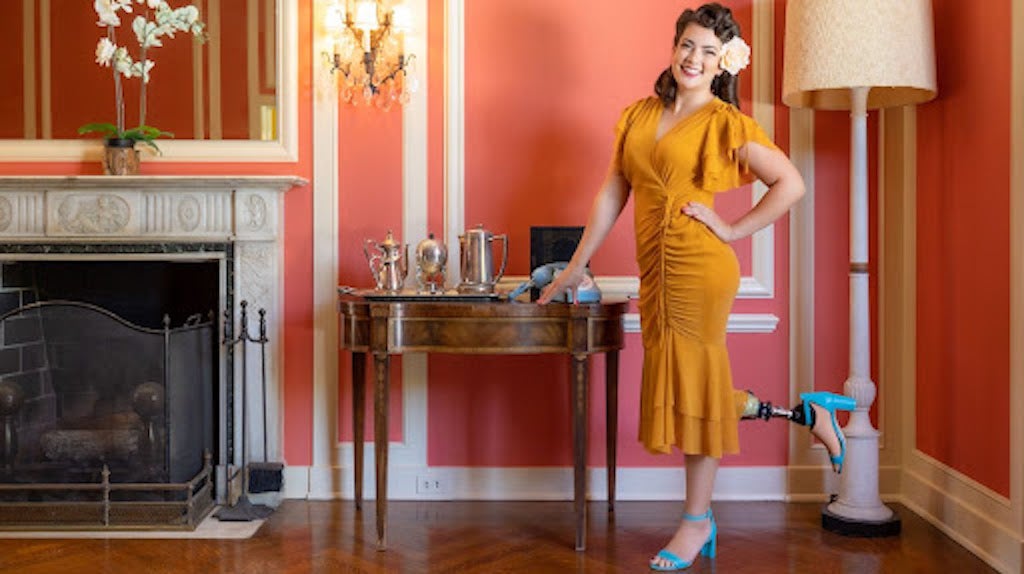 The 2023 calendar features thirteen incredible female veterans from the Army, Navy, Marine Corps, Air Force, and Coast Guard — from an Air Force doctor who performed surgeries in the jungles of the Philippines to a Marine Corps veteran and amputee who is now a competitive athlete and inspiration to a large community following on social media.

During her service, U.S. Marine Annika Hutsler had to get a below-the-knee amputation due to a tumor — but she turned her procedure into an opportunity to inspire others. “I want to show people that it is hard to deal with life when it changes drastically, but it can lead you down a new path that is better than you could’ve ever imagined,” she shared.

This is exactly the kind of attitude Pin-Ups for Vets founder Gina Elise looks for her in her Ambassadors and calendar models. Known throughout the military community for her positivity and joyful contributions to service member morale, Elise is passionate about specifically creating an environment where female service members can process their military experiences together and reclaim some of their confidence and femininity.

“This organization empowers female veterans by inviting us to take part in this calendar and share our stories. While in service, you don’t usually get a chance to embrace your feminine side, so it’s fun to be able to do that while supporting a worthwhile cause that spotlights the veteran community,” beamed Navy veteran Veronica Burgess and 2023 calendar model.

Elise organizes and executes the calendar herself, from locations to casting to the 1940s-inspired wardrobe, hair, and makeup. Since 2006, she has created the calendar as an homage to the World War II pin-up art that raised troop morale and reminded them of what they were fighting for back home. The result is an elegant and classy work of art for each month of the year.

Not only that, but it’s the organization’s most successful fundraising item. To date, Pin-Ups for Vets has donated over $100,000 to help VA hospitals purchase new rehabilitation equipment nationwide. The ambassadors and volunteers — most of whom are veterans themselves — have also visited over 15,000 hospitalized veterans at their bedsides on the Pin-Ups for Vets 50-state hospital tour.