The complete Fort Sill Base guide - We Are The Mighty

The complete Fort Sill Base guide 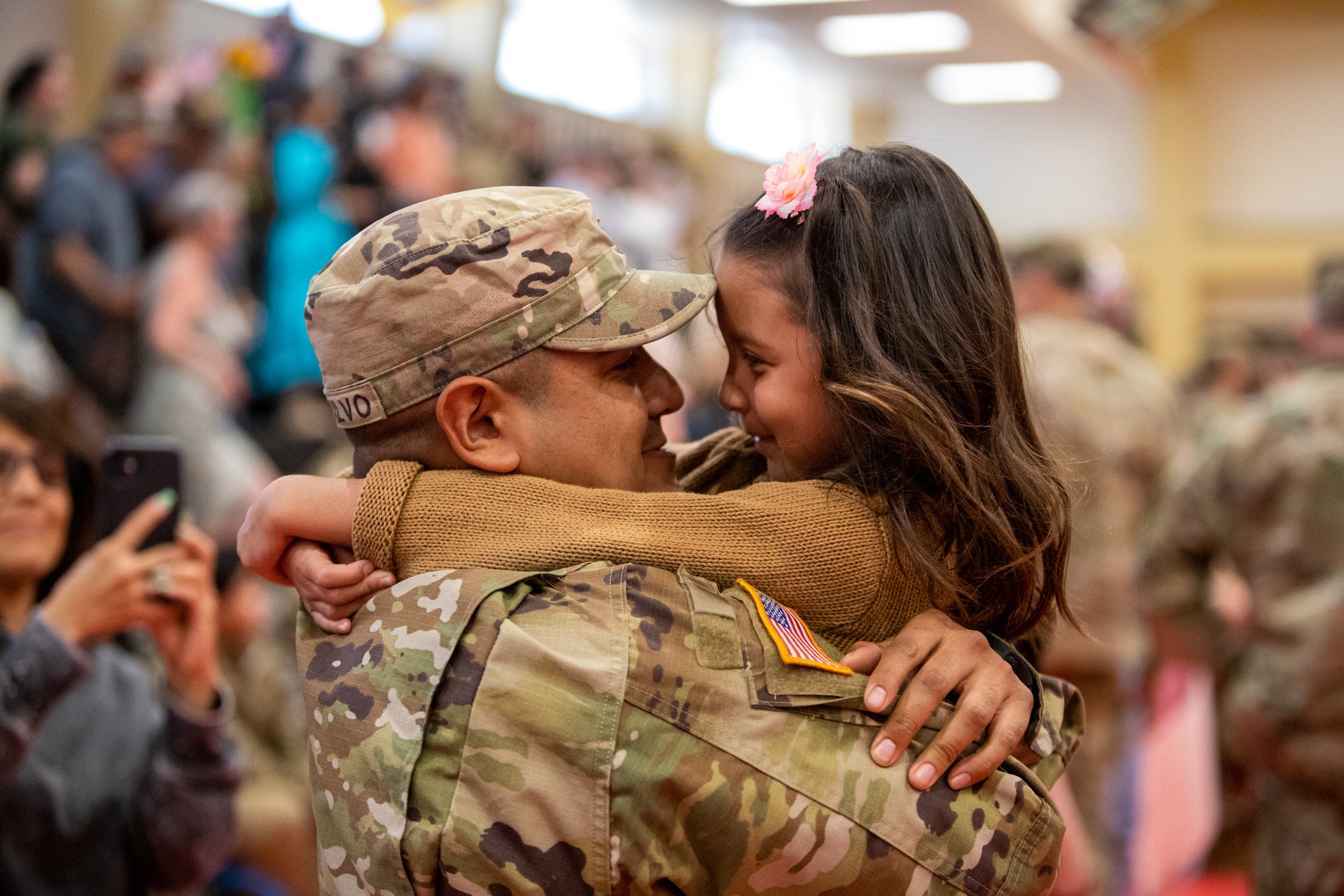 Sgt. Jorge Montalvo hold his daughter Chloe at Fort Sill for the first time in nine months after returning from his deployment to the Republic of Korea April 7, 2022.

If you’re heading to Fort Sill for Basic Training or if you’re a field artillery soldier heading for AIT, prepare yourself for a whole new world. This Army post is one of four Army Basic Combat Training locations. It’s been an active installation since 1869 and is designated as a National Historical landmark.

Are you wondering what the weather is like in Fort Sill, Oklahoma? Hot and dry, mainly with a long rainy season that can create severe storms. But don’t let that worry you! There’s a certain charm to be found in Fort Sill. Not only does the post boast 26 historic buildings, but the gravesite of Geronimo is there, too. There’s also plenty to do off-post, including exploring nearby Medicine Park and the Wichita Mountain Wildlife Refuge. Fort Sill is built around Lawton, Oklahoma, and there’s a surprising amount of things to do in this sleepy military town. Read on to find out more!

Fort Sill is located in southwest Oklahoma, Comanche County, and adjacent to the city of Lawton. It is 90 miles southwest of Oklahoma City, the state capital. The Texan border is about an hour’s drive south. The installation was first built during the Indian Wars and is designated as a National Historic Landmark.

Fort Sill can be reached by car using the following routes.

Driving from the south? Take I-281 N, follow signs

Lawton Municipal Airport (5 miles) is served by American Airlines. There is a military representative at Lawton every day from 0430 to 2230.

Driving: Oklahoma is huge so driving is the best bet. And, driving to Fort Sill will allow you to have a vehicle to get around the local area.

Fort Sill’s official name is the Fort Sill Fires Center of Excellence (FCoE). Its mission is to train artillery soldiers and train them well. Soldiers train a lot here. In fact, they drill to put “steel on target.” This three-pronged approach to training and preparedness makes it one of the best training posts in the Army. It comprises the Field Artillery School, the primary training facility for field artillery soldiers and marines worldwide. Additionally, you’ll find the Field Artillery Training Center, home of basic combat, one-station unit training. As if that weren’t enough, the installation is also home to AIT for field artillery. And, let’s not forget that it’s the largest field artillery complex in the free world.

Training and readiness are among the top concerns for missions at Fort Sill. This Army post is home to the Field Artillery (FA) School and the Army Air Defense Artillery (ADA) School. That’s on top of being one of the four basic training sites in the U.S. Additionally, soldiers stationed at Sill have participated in all major military conflicts since 1869. Major units and missions at Fort Sill include the 214th Fires Brigade, the428th FA Brigade, and the 434th FA Brigade. Additionally, you’ll find the 479th FA Brigade, the 75th Fires Brigade, and the FA Training Command on post. Field artillery officers will attend Captain’s Career Course at Sill. There’s also a NCO Academy embedded on the installations.

Disputes and open warfare over the Kansas-Texas border brought the Army to this region as early as 1869. Then, in 1902, 10th Cavalry troops helped develop the site that would become home to Army Field Artillery operations. Speaking of the 10th Cav, here’s why the often-forgotten Buffalo Soldiers have to be remembered.

Fort Sill has served many roles, including that of a prisoner of war camp. First, in 1894, it held Apache prisoners, including Geronimo and other Chiricahua Apache folk. Then in 1942, the Army reestablished a POW camp for those of Japanese descent. The Army housed Germany POWs here, too.

Fort Sill is the birthplace of American combat aviation, starting with the unboxing of aircraft kits there in 1915.

Things to Do Around Fort Sill

Comanche National Museum & Cultural Center (3.2 miles) is a showcase of Comanche art and culture, both past and present.

D-BAT Lawton (5.3 miles) is a baseball and softball training center. It has batting cages, a pro shop, and offers lessons for players of all ages, along with the occasional clinic.

The Medicine Park Aquarium and Natural Sciences Center (13.8 miles) has over 90 species of fish, reptiles, amphibians, and mammals, along with a six-acre botanical garden.

If you’re heading to Ft. Sill as part of your BCT, you’ll be living in the barracks.

Housing is available in town as well. The Housing Office will be able to provide suggestions on the best neighborhoods to suit your needs.

First things first. Reach out to the School Liaison Office when you get orders to Sill. The SLO will help you work with the local OK school district to meet your mil-kid’s needs.

What is Fort Sill known for?

Training, training, and oh, did we mention training? Whether it’s Triple C, AIT, or BCT, if you’re at Sill, you’re learning something.

Is Fort Sill an active Army base?

How long is Army basic training at Fort Sill?

Basic Training is a 10-week program.

There are three phases in Basic Combat Training: Red, White, and Blue. With each phase, Trainees move closer to their goal of becoming a Soldier. Phasing up doesn’t just happen though – it takes work, grit, and determination. The Forge is the final training exercise, and upon successful completion, Trainees will earn the title of Soldier at the Soldier Ceremony. A week after The Forge, Soldiers graduate and move on to their next phase of training