Navy SEAL weighs in on Afghanistan, patriotism and the importance of purpose - We Are The Mighty

Navy SEAL weighs in on Afghanistan, patriotism and the importance of purpose 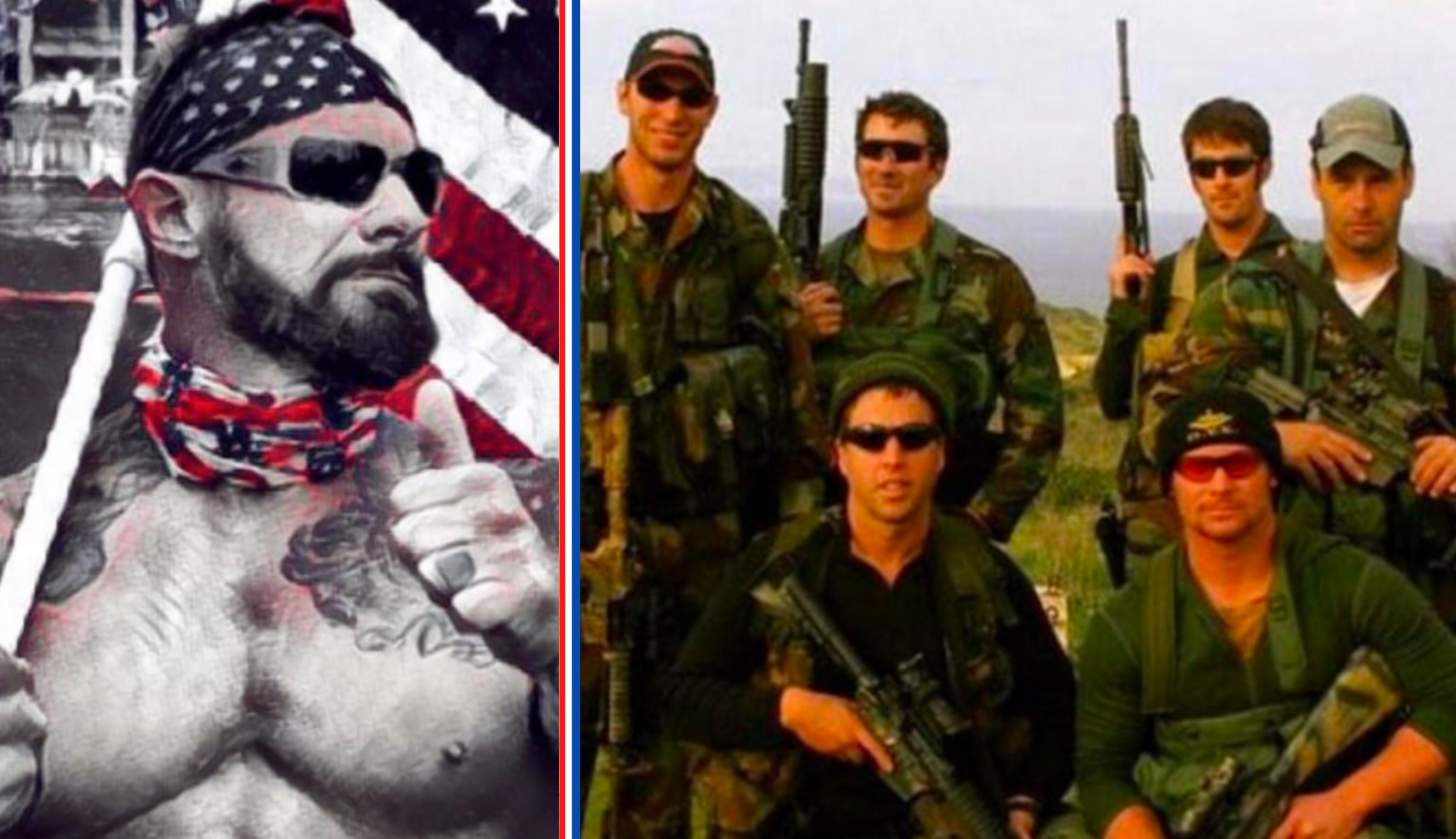 Ray “Cash” Care spent 26 years serving this country as both a Navy SEAL and CIA special operative. But he was fighting his way through life long before raising his right hand to do it for all of us.

As a graduate of BUD/s Class 200, this SEAL knows a thing or two about hardship. However, the Baltimore native was no stranger to adversity and extreme challenges. “Not the best childhood; my father was murdered when I was 11 and I came from a broken home,” Care explained.

He was frank in sharing he didn’t really enjoy school, but he was always passionate about sports and fitness. One night he found himself staring into the mirror and not liking what he saw. It was a reflection of his father who was an abusive alcoholic, he shared.

“I tried community college and it wasn’t for me. I was riding around getting in trouble and without the military I knew I was going to end up in prison,” Care said. As for what drew him to wanting to earn the coveted Trident, it was an eye catching pamphlet on the Navy SEALs. “I didn’t know anything about the SEALs before then. It was telling you it was the hardest training in the world and I’m seeing these guys in the green helmets. That was it for me.”

The path to military service wasn’t easy. “I went to the recruiters and absolutely bombed the ASVAB. I got a horrible score and I’m really not good at taking tests,” Care admitted. He’d have to take it again. And again.

On his third try, he passed. The recruiter refused to tell him the score when he asked and instead told Care to make the win count. It’s a lesson he carries to others. “I tell people all the time that if you want it, it is obtainable. You just have to figure out a way,” he said. His class started with 138 hopefuls but only 16 originals would earn the elite title of Navy SEAL. Care was one of them.

He was active as a SEAL for 10 years until transitioning into the Navy Reserves to work for the CIA as an operative in 2004. Not too long after, Care became a familiar face on television and a highly sought after motivational speaker. You may have caught him “playing” one of the SEALs in the movie Captain Phillips, starring Tom Hanks. He’s also hosted shows like The Selection on The History Channel and The Discovery Channel’s Ultimate Soldier Challenge.

Care also founded CONQUER, a leadership and team building program designed to push you physically, mentally and emotionally in order to break through personal barriers. In 2018, he caught the eye of Bedros Keuilian, founder of Fit Body Boot Camp as well as a whole host of other successful businesses. Keuilian told the SEAL he had a gift, and wanted Care on his team to use it.

“I was definitely hesitant because I was working for the Agency at the time and honestly, I was scared to take a chance at business because it was out of my comfort zone,” he explained. But some strong encouragement from his wife and veteran mentors, Care finally said yes. He hasn’t looked back since.

“We run a program called The Project which is a 75-hour, fully immersive course in California where I basically beat the living piss out of people,” he said with a laugh. Though there’s no actual physical beating occurring, it is an intense self-development course for men designed to take them to their breaking point.

With instructors like Care and others — a Marine veteran, an MMA fighter and even former SWAT officers – it’s intentionally brutally challenging. But the men who sign up aren’t pushed to simply be broken. Instead, the team wants them to be rebuilt, pushing past perceived limitations holding them back. Care is also especially proud of the passion project the team developed targeting relationship building for fathers and sons.

Despite success and the renewed sense of purpose Care discovered since putting his uniform away, watching the current events in Afghanistan unfold has been difficult to stomach, he said. He himself was on countless missions with SEAL Delivery Vehicle Team Two (SDV-2) before and after 9/11 in and out of combat zones. Afghanistan was one of them.

“War is hell. Being away from your family, dodging bullets and not knowing if there’s going to be incoming mortar fire,” Care said. “The people who have been there and done that are all feeling the same because the war doesn’t end when you come home. PTSD, TBI and all these things we’re dealing with and I can see how veterans would feel like what they did went unnoticed or unappreciated.”

Next month, America will mark the 20th anniversary of 9/11. Care was at Fort Lee in training when news of the attacks filtered in through his instructors. Care and his team were immediately sent to the Pentagon to assist with rescue and recovery efforts. “It was tough and I think people need to reflect back to that moment,” he said. “I’ve lost a lot of people…If more people had to deal with that type of pain I think this country’s tone would be a lot different.”

As the Afghanistan withdrawal continues to dominate the national news media, Care recognizes the feelings of frustration and anger among veterans watching because he’s feeling it, too. “I am a motivational speaker and I’ve been lost, feeling grey. I know what’s going to happen to the women and children of Afghanistan because I’ve seen it,” he said. Always seeking lessons in hardship – he sees one here, too.

Care hopes the American people are watching the horrors unfold closely, especially the younger generation. In his words, he wants it to be a reminder to sit in gratitude – although he says it a bit more colorfully. “We live in the best country on the f***ing planet and I’ve been everywhere. Nothing compares with our freedoms and rights. Remember that.”