Congress wants your help to rename military bases and ships 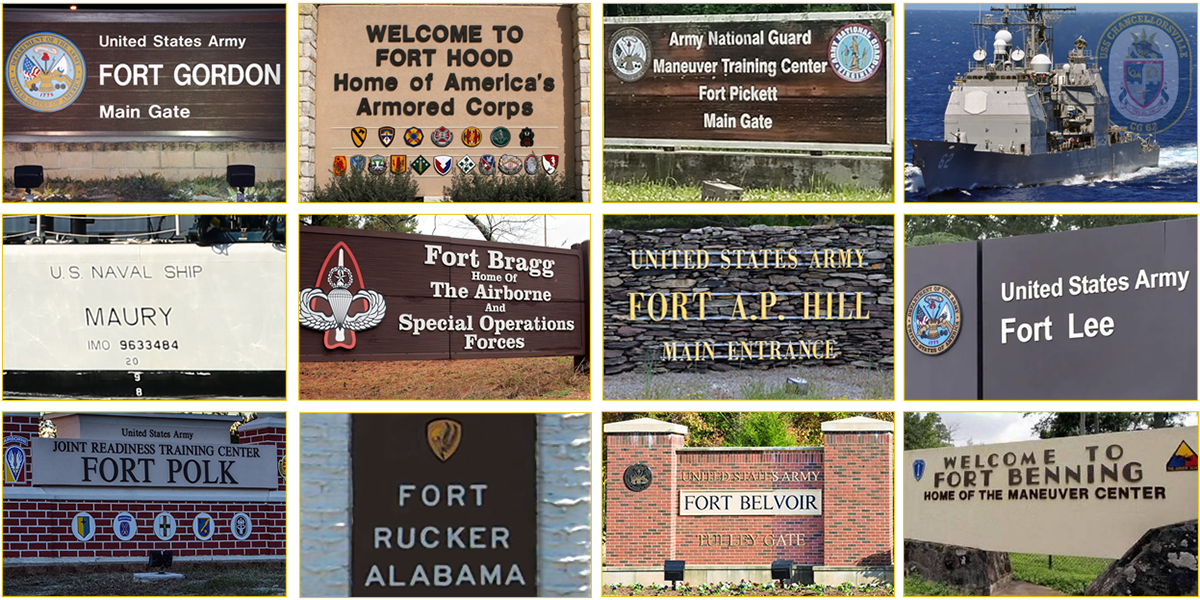 Based on their instructions and investigation, the commission has identified nine Army posts and two ships to be renamed.

The commission is also deliberating the inclusion of recommendations for Fort Belvoir in Virginia, which carries the name of a former slave plantation. However, the commission only has the power to make recommendations for Department of Defense assets. As such, it cannot consider new names for National Guard installations like Camp Beauregard, Louisiana and Camp Maxey, Texas. These installations fall under the control of their respective state governments.

The commission notes that Section 370 of the 2021 NDAA specifically excludes Confederate grave markers from removal. Disturbing remains or modifying grave markers is prohibited and the commission will not make any such recommendations in their report to Congress.

The criteria for the new names of these DoD assets is still being finalized. However, the commission states that the names “should appropriately reflect the courage, values, sacrifices and diversity of our military men and women, with consideration given to the local or regional significance of names and their potential to inspire and motivate our service members.” Names can be suggested to the commission via the Naming Commission website.

The Naming Commission will deliver a written report of their findings and recommendations to Congress by October 1, 2022. Following their report, the Secretary of Defense is expected to implement a plan submitted by the commission no later than January 1, 2024.