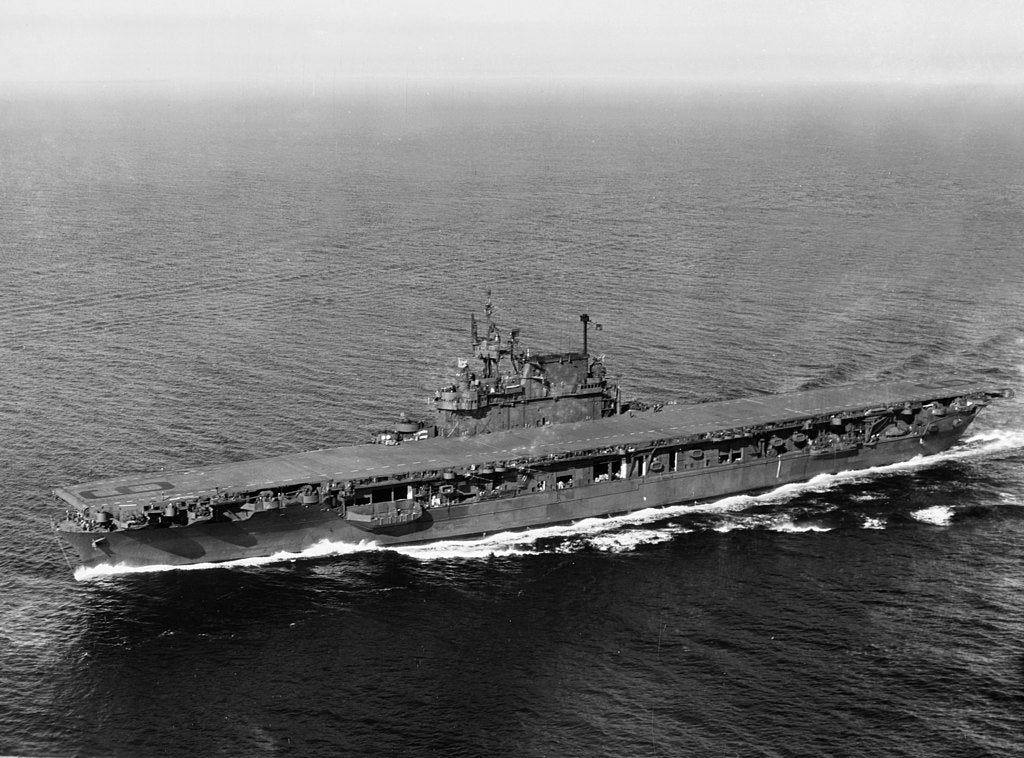 When we think about desperate air combat in World War II, we usually think of masses of aircraft, maneuvering in dogfights, trying to get the best angle on enemy fighters and bombers. That might have been how it usually went, but one enlisted sailor had to fight that desperate battle from his carrier deck.

Luckily for the USS Enterprise, Bruno Gaido cooly decided to leave his battle station and take care of an incoming Japanese bomber that threatened the entire ship.

In February 1942, two U.S. Navy carrier task forces were conducting raids on the Japanese-controlled Gilbert and Marshall Islands in the Pacific Ocean. With the attack on Pearl Harbor still fresh in the minds of many Americans, the Navy wanted to show the Japanese that they didn’t have control of the seas.

The American carriers USS Yorktown and USS Enterprise launched Douglas TBD Devastator and SBD Dauntless dive bombers against enemy naval and air installations in the Jaluit, Mili and Makin Island atolls. The raids had little strategic importance, but it was a harbinger of how brutal and deadly the fighting in the Pacific would become.

After the raids, the USS Enterprise was sailing away with its mission completed, but the Japanese weren’t done. Five twin-engine fighter bombers made their way toward the carrier and through its combat air patrol defenses. Four of them had dropped their ordnance toward the Enterprise, but missed and were headed home themselves.

One of the attackers was determined not to come home. Badly damaged in its attack run, the fighter bomber group’s lead plane turned back to make a suicide crash attack on the American carrier, one later known as “kamikaze.”

As the aircraft drew closer to Enterprise, it was becoming apparent that the ship’s anti-aircraft fire was not going to take the place down. Things began to look desperate for the American defenders. That’s when Bruno Gaido left his battle station.

Aviation Machinist Mate Third Class Gaido hopped onto the catwalk and into the gunner’s seat of a parked SBD Dauntless dive bomber, his regular job when the aircraft was actually in the air. Once in the gunner’s seat, he went to work on the Japanese bomber with its .30-caliber guns. Gaido was good at his job. He poured rounds into the bomber’s cockpit, it lost control and missed the flight deck.

The Japanese bomber’s wingtip managed to cut the tail off of Gaido’s parked Dauntless dive bomber, but the American gunnner had been tearing the plane to pieces by pouring accurate fire into it the whole way down. It splashed into the Pacific Ocean. It’s only damage to the ship was setting a pool of gasoline on fire as it crashed.

Gaido calmly walked out of the gunner’s seat, put out the enemy gasoline fire, and quietly went back to his battle station. He was worried that he’d get into trouble for deserting his station and hoped no one would come looking for him

Watching Gaido and the entire scene was Vice Admiral William F. “Bull” Halsey, the overall commander for the task force raid. He wanted that mysterious gunner identified and found, but not for the reason Gaido was worried about. When the search party located Gaido and brought him to the bridge, where Halsey promoted him to Machinist Mate First Class.