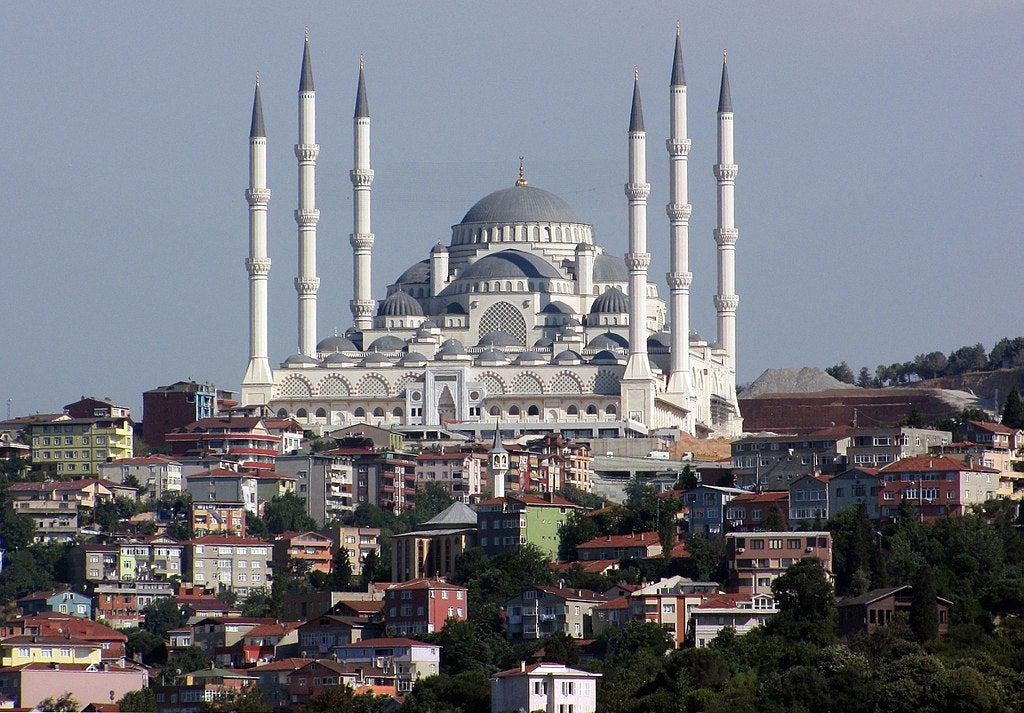 Çamlıca Republic Mosque as seen from the Bosporus.

In the court of the Byzantine Emperor, allies and enemies alike showed respect – or they at least presented no threats – to the man on the imperial throne. The reason wasn’t just the might of the Eastern Roman Empire, which waned and waxed throughout the centuries. It was more likely because of the emperor’s Varangian Guard, his loyal unit of Viking warriors who would bring significant pain to anyone threatening the emperor’s rule.

Norsemen had been used as Byzantium’s elite shock troops since the 10th century, when the empire bought their services at a price that guaranteed their undying – and sometimes dying – loyalty. That’s why they were called “Varangian,” which means “Men of Oath.” They protected the emperor and were used as a kind of special operations squad when the Byzantine Army just wasn’t enough to win a decisive battle or counter a threat.

They didn’t go undefeated over centuries of loyal service to the Byzantine Emperor. In 1071, the Byzantines were at war with the Seljuk Turks in Asia Minor. Emperor Romanos himself led the Battle of Manzikert, in what is today Turkey. Protecting him at Manzikert was a cadre of the Varangian Guard.

The battle didn’t go well for the Byzantines. Their army of conscripts broke and ran early on. The rest of the army was all but destroyed and the Varangian Guard fought to the last man to protect Romanos, who would be captured – the only Byzantine emperor ever captured by a muslim army.

He was only spared because the Varangian Guard fought the Turks for so long and so nobly that the bloodlust of battle cleared before the emperor was captured. Without this valiant last stand, the emperor himself might have been killed. The Varangian mission was complete, even if they all died to complete it.

The empire’s loyal Norse guardsmen would get their chance to make good on the failure of Manizkert. In 1122, a nomadic force of Turkic-speaking raiders called the Pechenegs invaded the empire in what is today Bulgaria. Emperor John II Komnenos moved his forces from Asia Minor to meet them and expel them from his territory.

The emperor initially caught the Pechenegs by surprise by offering them gifts and a favorable treaty of peace. When the invaders were lulled into a false sense of security, John II Konmenos attacked, forcing them to defend themselves within a circle of their own wagons. The defense of the wagon fort proved incredibly successful, and began to take its toll on the Byzantines.

Again, the bulk of the regular Byzantine Army fled the battlefield, but the Varangian Guard held the ground on which they stood. The emperor ordered the guard to make an assault on the makeshift enemy fortification during the battle. When they advanced, they did so with Danish axes, a distinctive weapon of the Norsemen.

The Varangian Guard advanced on the wagons, the Byzantines’ last-ditch effort to crush the incursion into their territory. Unlike the previous attacks, the Viking raid breached the makeshift fort, allowing them to charge their leader and end the threat once and for all. Those who weren’t killed in the fighting were captured and conscripted into the Byzantine Army. The Pechenegs would disappear from history.