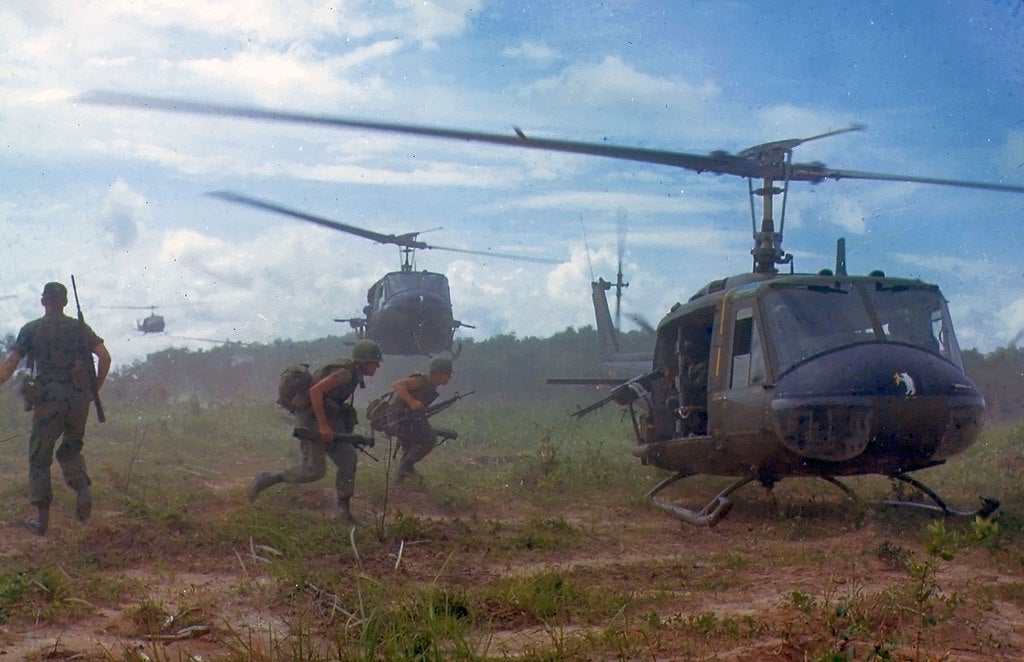 When David Hackworth left the military, he was one of the most decorated combat veterans ever to wear the uniform. He received two Distinguished Service Crosses, 10 Silver Stars, 4 Legions of Merit, a Distinguished Flying Cross, eight Bronze Stars, eight Purple Hearts, 34 Air Medals and four Army Commendation Medals. Gen. Creighton Abrahms called him “the best battalion commander I ever saw in the United States Army.”

It all started with the desire to serve anywhere he could. At first, he chose the Merchant Marine. Hackworth was only 14 in 1945, but wanted to serve in the war before it ended. He lied about his age and paid a hobo to pose as his father so the service would take him. The plan worked. That same year, he was aboard a ship in the South Pacific.

His brief stint in the Merchant Marine was significant for two reasons. The first is that it made him a veteran of World War II, which will bring his total to three wars. The most important reason is that it allowed him to use his Merchant Marine credentials to join the Army in 1946, while he was still too young – but the Army didn’t know that.

So Hackworth’s first enlistment was spent on occupation duty in Trieste, where he finished his high school equivalency. Not long after reenlisting, the Korean War broke out and he was sent to Korea, first with the 25th Reconnaissance Company and later 27th Infantry (Wolfhound) Regiment, 25th Infantry Division. He distinguished himself in Korea, earning a battlefield promotion after a raid and receiving three Silver Stars and three Purple Hearts.

Given his skill in raiding the enemy (his promotion was for a raid he led on Hill 1062 in 1951), Hackworth was offered the chance to form and lead a raider unit. Called the Wolfhound Raiders, they raided enemy positions for three months before Hackworth volunteered for another tour in Korea, where he was promoted to Captain. After the Korean War, he left the Army.

But his stint in the civilian world was short-lived. He found it boring and idle, so he rejoined the Army. He briefly became a staff officer, but eventually returned to his beloved infantry. As the Cold War heated up, Hackworth did too. He stayed in the Army while getting a bachelor’s degree. It wouldn’t be long before he was called into action once more. This time, he was going to Vietnam.

By 1965, he was a major deployed to Vietnam with the 101st Airborne. There, he created another special unit, Tiger Force. The Tiger Force mission was to conduct guerrilla operations in South Vietnam against communist guerrillas. Once he left the unit, it began to “spiral out of control,” committing wartime atrocities that Hackworth didn’t know about and hadn’t foreseen. After leaving Vietnam for staff duty at the Pentagon, he eventually returned for a tour, but his views had changed.

Hackworth kept championing the use of guerrilla tactics against the North Vietnamese, but his views were met with contempt by Army leadership. His frustration boiled over in 1971, when then-Col. Hackworth gave a TV interview denouncing American strategy in Vietnam and the war. He was forced into retirement soon after.

After leaving the military, he became an investigative journalist, highly critical of the Pentagon and its brass. He even investigated an admiral for wearing unauthorized medals and ribbons. Eventually he started his own website, nonprofit Soldiers For The Truth (now Stand For The Truth).

After covering the Bosnian War as a journalist, Hackworth settled in Australia, where his investments made him wealthy. He continued his work questioning the U.S. government on the conduct of wars, especially those of Iraq and Afghanistan, until his 2005 death from bladder cancer.