This bomber hunter was like a flying anti-aircraft battery 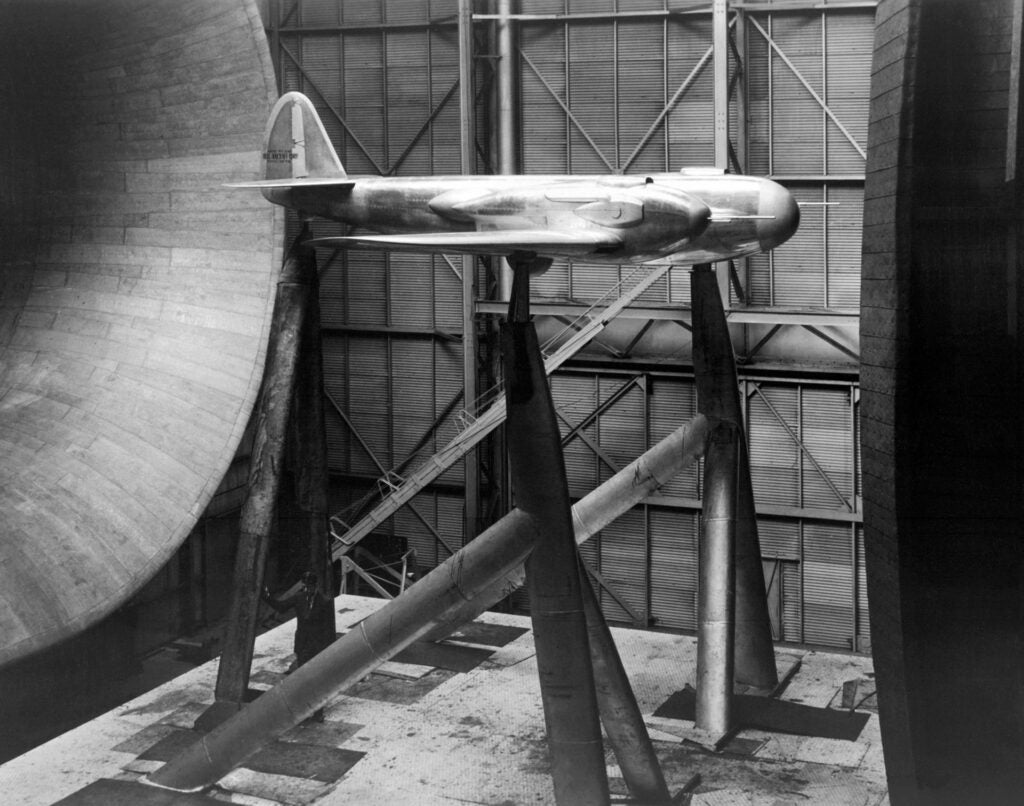 After WWI, military aviation developed at a rapid pace. Technological advancements let to the creation of aircraft that could fly faster, higher, and carry more weapons. As this technology yielded bombers that could fly out of the reach of existing fighters, the U.S. Army Air Corps sought to counter them with a bomber destroyer.

Looking to break into the aircraft industry, the newly formed Bell Aircraft Corporation attempted to solve the Army’s problem with a radical new design. The company’s heavy fighter concept was described as a “mobile anti-aircraft platform” and a “convoy fighter.” In short, the aircraft was designed to intercept bombers at high altitude and beyond the reach of single-seat fighters.

Using a futuristic streamlined design, Bell created the YFM-1 Airacuda in 1937. The aircraft’s two engine nacelles each housed a forward compartment that mounted a 37mm M4 cannon. The guns could be independently aimed and fired by their respective gunners. However, the primary duty of the gunners was to load the weapons with the 110 rounds stored in each compartment. They also had a forward-firing .30 caliber machine gun each.

In addition to the one pilot and two gunners, the Airacuda crew included a copilot/navigator who would aim and fire the 37mm cannons and a radio operator/gunner who controlled a pair of .50 caliber machine guns mounted in waist blisters for rear defense. The Airacuda could also carry twenty 30-pound fragmentation bombs in its wings.

Despite its sleek design, the Airacuda was simply too slow and heavy to perform its intended role. With a top speed of 277 mph, it was slower than most bombers at the time and would struggle to intercept them. Moreover, its 37mm cannons fired low-velocity rounds that were difficult to aim at a moving target from a moving platform. The Airacuda’s machine guns were limited in their aiming range and left the aircraft’s defenses with large gaps. If enemy fighters did engage, the Airacuda lacked the performance to evade them.

In the end, only 12 Airacudas were built and two were lost in accidents. The aircraft’s unusual design also made bailout procedures more difficult and may have contributed to the one injury and one death during the mishaps. Despite the flaws and incidents, one Airacuda squadron was formed and was operational from 1938 to 1940. The planes were primarily flown for photo opportunities and were dispatched to various airfields to allow pilots to add the unusual aircraft to their log books.

Plans to upgrade the Airacuda with a new airframe and more powerful engines were all rejected. In early 1942, the aircraft was stricken from the Army’s inventory. All Airacudas were flown to Chanute Field, Illinois and assigned to the 10th Air Base Squadron. There, they were used for ground crew instruction. By March 1942, all surviving aircraft had been scrapped. Still, the idea of large and heavily-armed aircraft arguably lived on in WWII bombers that were converted into gunships.