Today in military history: North Vietnam releases US POWs - We Are The Mighty 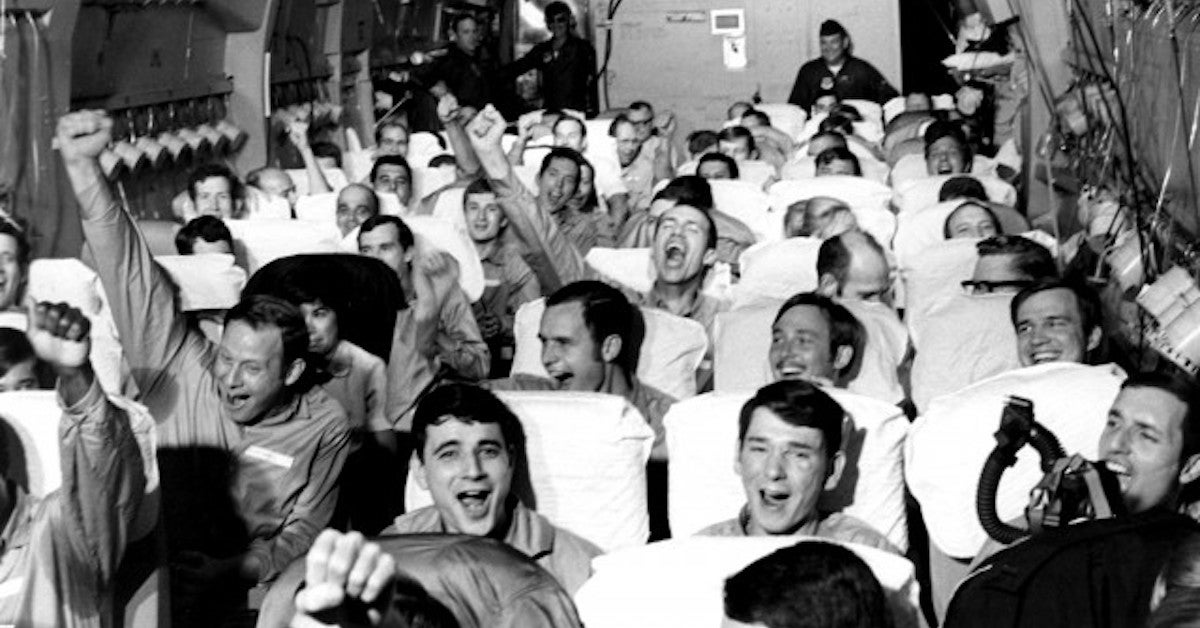 Throughout the Vietnam War, the United States was concerned with the return of POWs and accounting for those missing in action. In 1966, Jeremiah Denton, a Navy pilot who had been shot down in 1965, was forced by his captors to participate in televised propaganda, where he managed to blink “TORTURE” in Morse Code, confirming intelligence that detainees were being held in terrible conditions.

It wasn’t until Jan. 27, 1973, however, that the Paris Peace Accords were signed, stipulating a mass release of all POWs.

Operation Homecoming was launched, a repatriation program that lasted from February through March, where North Vietnam released 566 American military personnel and 25 civilians.

Operation Homecoming consisted of three phases, where the Americans arrived at Clark Air Force Base in the Philippines, were given physical and mental treatment and were able to call home for the first time, and were debriefed to try to identify additional captives remaining in North Vietnam.

Based on their information, the DOD determined that all of the men known to be in the enemy’s prison system were accounted for at that time, but as of November 2015, there are still hundreds of unaccounted for military personnel from the Vietnam War.