Today in military history: US troops land on Okinawa - We Are The Mighty

Today in military history: US troops land on Okinawa 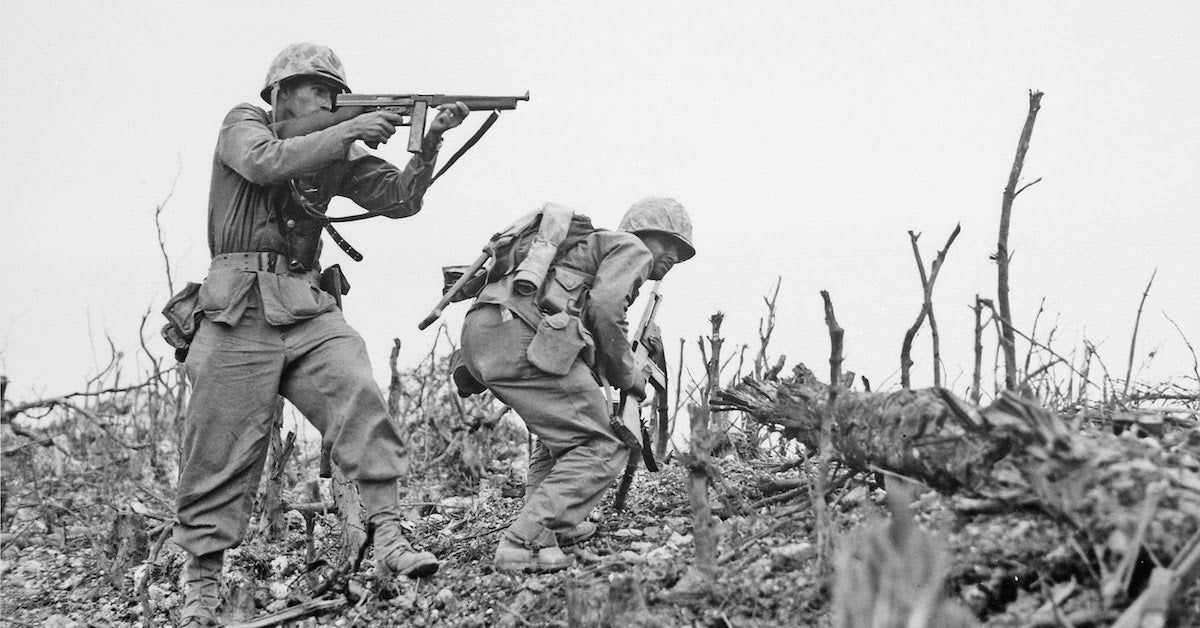 In 1945, U.S. troops landed on the island of Okinawa. The Battle of Okinawa would be the last major battle of World War II and — lasting until June 22, 1945 — one of the bloodiest. While it would result in an Allied victory, there were heavy losses on both sides.

After a long campaign of island hopping, the U.S. sought to seize Okinawa as a forward base for the planned invasion of mainland Japan. 50,000 troops from the 10th Army made the landing under the command of Army Lieutenant General Simon B. Buckner, whose father was a Confederate General during the Civil War.

Even before the landings, three American aircraft carriers were damaged and 116 planes were lost. The campaign to take Okinawa would last for 81 days and cost over 20,000 American lives. Among them would be General Buckner, who was the highest-ranking American officer killed during World War II.

Japan had over 75,000 troops defending the islands and also conscripted thousands of Okinawans, some of them as young as 14 years old. As many as 110,000 Japanese and Okinawans were killed.

Seven Americans would receive the Medal of Honor for heroism during the campaign, including conscientious objector Desmond Doss, whose story hit the silver screen in Hacksaw Ridge, a film that won two Academy Awards.

The fierce struggle for Okinawa led the United States to reconsider plans to invade mainland Japan and look into options to either blockade Japan or starve it into submission. This led to the ultimate decision to use atomic bombs in August 1945 to force Japan’s surrender, finally ending World War II.