Why Spain didn’t join either side of World War II 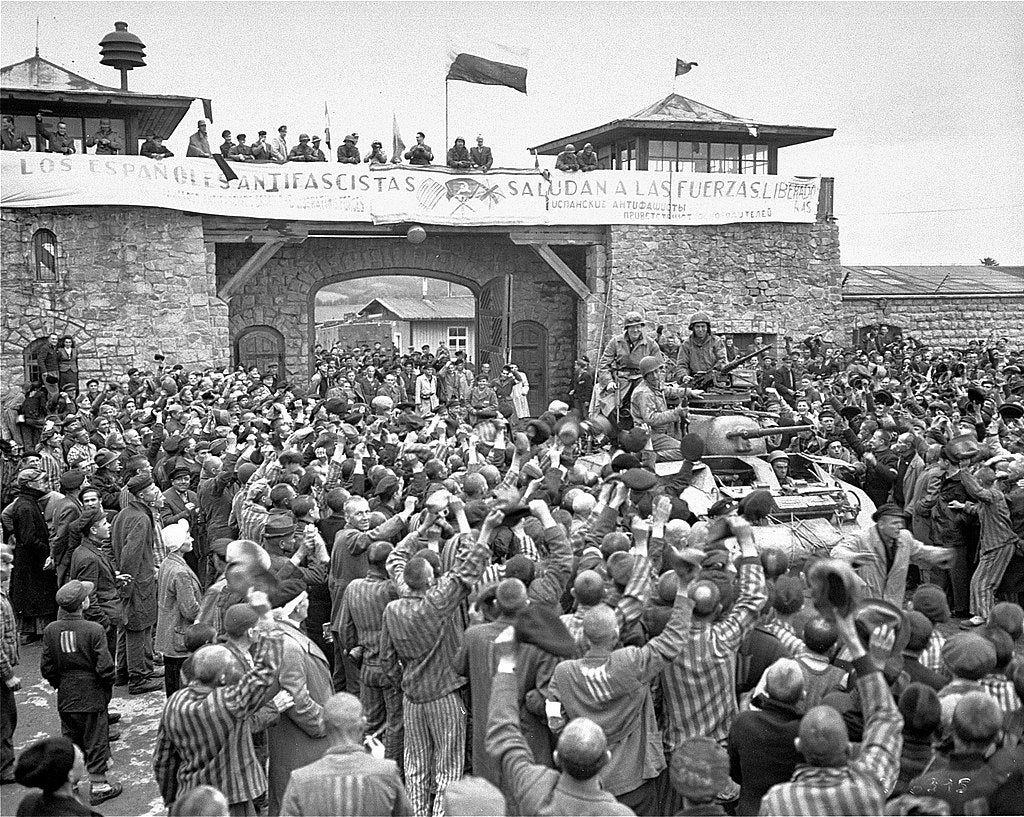 The Spanish anti-Fascist prisoners at Mauthausen deploy a banner to salute the Allies. (Public domain).

Everyone expects Switzerland to stay neutral during a war, even a global conflict like World War II. No one would have expected Afghanistan to pick a side. One country in particular was very close to the war in many ways: geographically, ideologically and financially: Spain. Yet through the end of the war, Francisco Franco’s fascist Spain remained officially neutral.

In truth it wasn’t from a lack of trying to join the Axis. Franco pitched the idea of Spain joining its fellow fascist powers Italy, Japan, and Germany in 1940, but Adolf Hitler demurred and Spain never officially joined the pact. Still officially and nominally neutral, Franco did aid the Axis in many ways – in the end, it was the smartest move.

Before World War II began in Europe, Spain underwent an infamous civil war that split the country in two. The Nationalists, a mixture of fascists, monarchists, and conservatives, fought against the Republicans, a socialist coalition of far left groups, including communists and anarchists. Francisco Franco, one of the leaders, emerged as the sole leader as more and more Nationalist leaders fell in combat.

One of the reasons for the Nationalist victory in the Spanish Civil War was the aid it received from other fascist countries, namely Italy and Germany. When World War II broke out, that aid left Spain sympathetic to the Axis cause. Apart from Spain’s fascist ideology, it also owed Germany more than $200 million for the supplies Hitler sent during the war.

Spain’s neutrality wasn’t entirely purposeful. In a 1940 telegram, Franco sent Hitler a telegram saying Spain was ready to move to a war footing to join the Axis. The war was going well for the Axis and Spain was anxious to reclaim some of its former colonial holdings, such as Morocco, the Canary Islands and Gibraltar. Some of these claims angered Hitler, who considered the Canary Islands a German possession he would one day retake.

Even though Hitler opted not to welcome Franco’s Spain into the war at the time, Spain went on a media offensive to prepare the Spanish people for a crusade to retake those former colonial territories. It’s not known if Franco ever really intended to join the war. Hitler expected an offer for an alliance, but Franco’s territorial demands were too much for Hitler, which some say was a deliberate move for Franco to keep Spain out of the war.

If his demands were deliberately high, the plan worked. Spain never joined the Axis and continued its economic relationships with both Allied and Axis powers, namely the oil it received from the United States.

The money might have been well spent. Spain did help the Axis powers behind the scenes, providing resupply for German submarines and even raising a division of Spanish troops to fight on the Eastern Front. This unit was called the Blue Division and was only allowed to be used against the Communist Red Army as it advanced into Greater Germany.

By the time the war turned against the Axis powers, Franco began a policy for strict neutrality, not wanting to be on the losing side of the war. Spain maintained its neutral status and Franco remained in power until his death in 1975.