Why the Military Spouse Hiring Act needs to pass 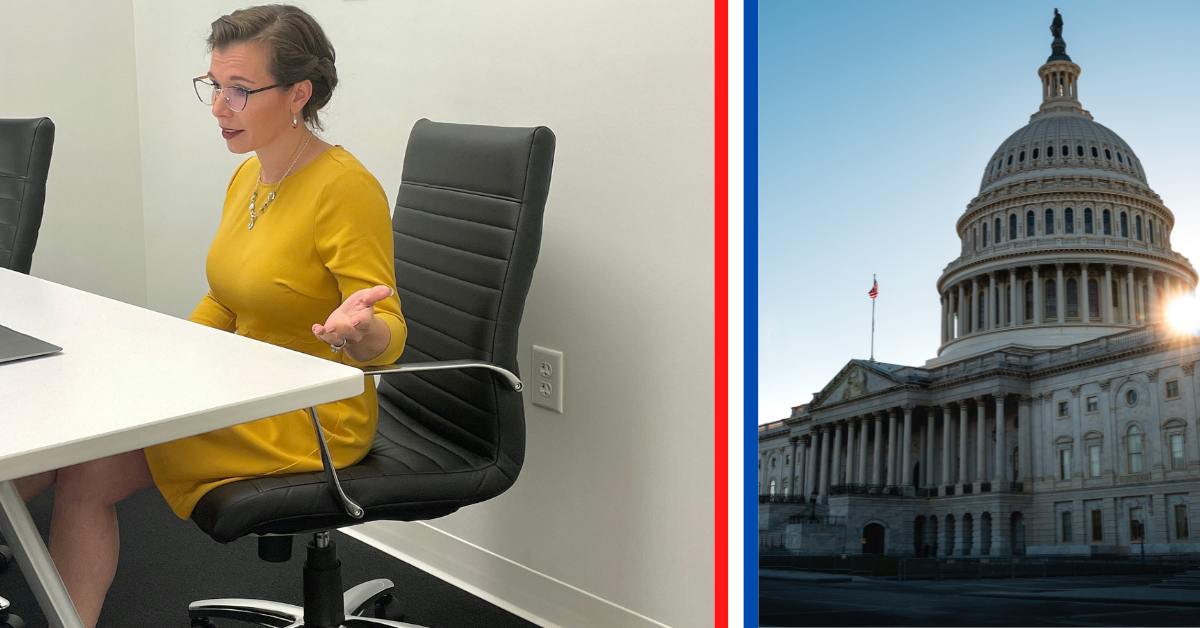 There are more laws on the books to assist felons with employment than military spouses. It’s something military spouses are on a mission to change with the Military Spouse Hiring Act.

Ashley Gutermuth has become widely recognized in the military community for her comedic wit on her social media platforms and frequent stand up appearances. But as an Air Force spouse, she got candid about unemployment and underemployment not being a laughing matter, though she did get a few really good jokes in.

“In one interview, I was even asked, ‘Is your husband okay with you working?’ I was stunned,” she shared. “Military families pick up and move all over the world with sometimes very short notice. Our employment gaps are longer than the commissary lines after payday. Having an employer look at our job histories reminds me of my neighbor who was locked out of his house naked with only a washcloth to cover his gentleman’s agreement. We know this looks bad but please stop staring.”

While the image should bring on laughter, the reality of it is impacting force readiness.

Lauren Hope has lived in 10 different homes in her 16 years as an Army spouse. This formally-trained chef, small business owner and real estate agent knows all about the struggle of finding employment.

“With every home has come a new job, a new community, and a new way of life,” she explained. “While I look back on the years of my husband’s military career fondly, embracing the ‘adventures’ that we always found ourselves in, having a portable career that could have traveled with me would have made things way easier. Easier on me, my family and our lives.”

The impacts of frequent duty station moves were glaringly obvious. “I was running the Certified Master Chef exam as the lead apprentice. I earned the title ‘Best Student Chef’ by Food & Wine magazine. I beat out over 20,000 applicants to get on Bravo’s Next Top Chef,” Hope shared. “Where did I end up working after the next move? Panera. My culinary pedigree from The Culinary Institute of America and my Ritz Carlton experience were worthy of more, but my resume had all the red flags of a military spouse. So, what did I do? I ate some humble pie and worked at Panera and the Commissary, in order to take care of my family. I don’t understand how this can be our reality.”

Gutermuth echoed the sentiment. “As a military spouse you are the support system and the point of failure. You can’t break because if you do everything falls apart,” she pointed out. “Many military spouses put off even the idea of having dreams until after their service member retires from the military. It’s just too much.”

The Military Spouse Hiring Act would offer employers access to the Work Opportunity Tax Credit for hiring the spouses of service members. Currently sponsored by Senator Tim Kaine in the Senate, it was introduced into the House first back in 2021 and stalled. These two spouses and many others in the wings, are demanding action.

Hope got right to the point. “Why in the world am I choosing to be vulnerable and sharing this now? I am not ashamed of my past, I am tired of seeing my military spouse tribe under and unemployed. It is time for that to change,” she said.

Supporting The Military Spouse Employment Act is simple. “If your state hasn’t signed on yet then contact your representatives,” Gutermuth explained.