This beloved military brand just launched in Walmarts across America 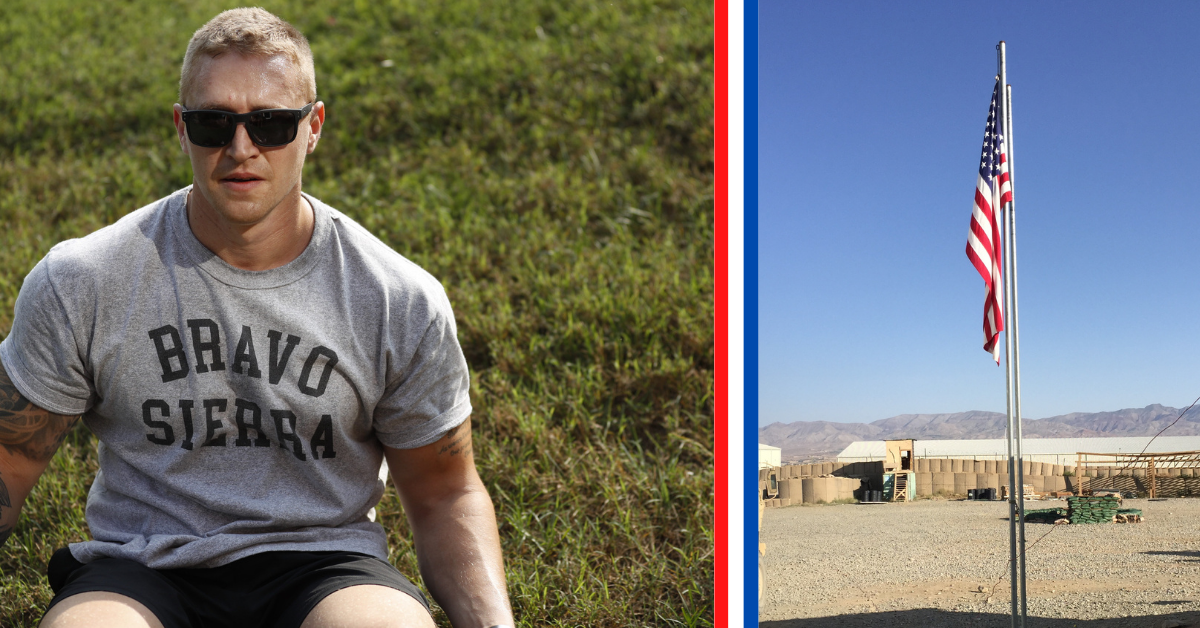 America’s personal care company is the tagline for Bravo Sierra and it fits. Though this made-in-America brand got its start in the military space of commissaries  and exchanges, it’s evolved into not just service member approved products – but a way for civilians to purchase with a purpose, too.

Justin Guilbert may not be a veteran himself but he spent his early years surrounded by those who serve and their families. His grandfather, John T. Becker served in the Pacific during World War II and in the mid-80s took on the role of Chairman for the USO.

“I think he was first in line to understand that the sacrifice had been made by both folks that were deployed as well as their families, and had pretty much decided the fate of his life and his generation,” he explained. “He always kept that front and center. And I think that idea was embedded in all of us.”

Guilbert’s mother and father (who is French) relocated to Paris where she ran the USO chapter out of the Pershing Hall. “Growing up, [our house] was a bit of a free Airbnb for deployed troops that were crossing around Europe, needed a good spot to hang out for Thanksgiving, or wanted to see the Eiffel Tower and not have to pay for a bed. My bedroom saw a lot of different shapes and sizes and I got evacuated to my sister’s room,” he laughed.

He found himself looking up to a lot of military guys, mostly Marines. Guilbert spent his childhood crossing Europe visiting the hallowed grounds of Normandy and battlefields from the world’s wars. Despite the heavy military influence, he went the civilian route.

From Goldman Sachs to tech startups and even a long stint at L’Oreal, he did it all. In 2010, he formed his own company, Harmless Harvest, selling organic coconut water. It quickly exploded and is now a leading national food and beverage brand.

“In 2015, I was fortunate enough to be able to leave the day-to-day and think about what I really wanted to do with my life,” he shared. “This country gave me the opportunity to succeed. I live in California, I married a wonderful woman, I’ve got two American kids. I’m thriving because of this country and I’m very grateful. Now my idea was how to return that. And that’s why this project started.”

Personal care built for the warriors of this country with clean ingredients and made right here in America. To come up with their current lineup, they had over 2,500 military members field test them all. The result was a line of products curated for the military, built to stand the intense training and responsibilities of service members across the board.

The commitment to the military community didn’t stop there. Bravo Sierra donates 5% of all sales to a range of community support and quality of life programs for active duty service members, veterans and their families.

Guilbert and co-founder Benjamin Bernet took it a step further, ensuring that the team was filled with veterans and military spouses with the knowledge and skills to scale the brand. Like veteran Army officer and fitness influencer, Erik Bartell, who’s the SVP of community.

Had it not been for a few good mentors and a chance, Bartell might not have made it past the economically depressed neighborhood he grew up in and into the uniform he loved.

“I grew up in Chicago and was raised by a single mother. We were in and out of homelessness,” he shared. “A big driver for me was sports and fitness. That was a way for me to get off the streets and actually find some role models. I relied on teachers and coaches a lot and went to a great high school in Chicago. Getting into that high school instead of going to my neighborhood school was a really big moment. It changed the direction of my life.”

From there, he was accepted into DePaul University in Chicago, a private college. After a month, he questioned his decision to attend. Surrounded by privileged students who didn’t seem to care about the opportunity to learn was disheartening, he explained. His mother convinced him to stick with it, but it was the Army that solidified it.

“I enlisted in the Army reserves because I felt like I wanted to do something to make a difference,” Bartell shared. After completing basic training the summer after his freshman year, he was encouraged to join ROTC at his school. “I had no idea really what I was getting myself into, but I just was like, ‘These guys are hungry.’ They are all very humble. I really liked the crowd.”

His contract was switched from enlisted to ROTC and two weeks after he graduated from DePaul, Bartell was in the Army officer infantry course. He served five years on active duty with 101st Airborne Division and had one combat deployment to Afghanistan.

After leaving the military he found himself running a veterans nonprofit that trained hundreds of veterans to pursue careers in fitness and eventually, running a training facility for athletes, celebrities and executives in New York City. Bartell was there when Guilbert walked in hoping to host a brand launch for Bravo Sierra.

“I met Charles who was one of the founders and I met Justin. These guys were amazing. There’s no other way of putting it, that their values were in the right place. And kind of everything that they wanted to do was very grand and idealistic,” he admitted. “This is exactly what I was looking for in my next chapter of life. These guys wanted to make a huge impact. And very shortly after, Justin will very proudly say that he stole me and recruited me to the team. A few months later I was with Bravo Sierra.”

Guilbert chimed in to correct Bartell — “I didn’t steal you, I gave you a chance to leave New York City and go to Tennessee because you were miserable in New York,” he added.

Joking aside, Guilbert said he saw something in Bartell. “I met Erik and knew we needed him on our team. We needed someone who was going to be there to listen and adapt. At the same time, he looks good without a shirt. So that helps,” he laughed. “But I was honest with him about how hard it was going to be with a start up. I saw his ability to adapt, execute while getting into the muck and not being afraid to get dirty.”

And it has been a ride.

The brand launched in 2019 with the support of commissaries and exchanges and soon found their way onto Target shelves, available to civilians. Though the COVID-19 pandemic was slowly decreasing inventory sales in store, Bravo Sierra seemed to explode overnight through e-commerce sales on their website. Then, Amazon came calling.

By October 2021, Bravo Sierra deodorant was among the best selling deodorants in the nation. Two months later the team was talking to Walmart. The brand launched on August 20, 2022 in not just cherry picked stores – but every single Walmart.

“This project is what gets me out of bed in the morning. And the reason it gets me out of bed is I feel like I’m making a significant contribution to our society,” Guilbert shared. “I’m speaking from a personal perspective, but I think I am because I’m helping shine a light on what federates us, what keeps us united and what keeps us together as a country. But at the end of the day, my real wish for the next 10 to 20 years is to see this military community become the crux for a unified concept for our consumer culture.”

Both are proud of the team and the road taken to get where they are. For Bartell, the scaling and success while being able to give back to a community that changed his life – is everything.

“The whole veteran community, they love when people say thank you for your service, but it’s also become the same as saying bless you when someone sneezes; it’s just reactive,” he shared. But with Bravo Sierra’s commitment to putting 5% of its earnings back into serving the military community, there’s an opportunity for consumers to give back. “Here’s a real way you can actually thank someone who’s serving right now.”

To learn more about Bravo Sierra and the military-inspired products that got them where they are, click here.