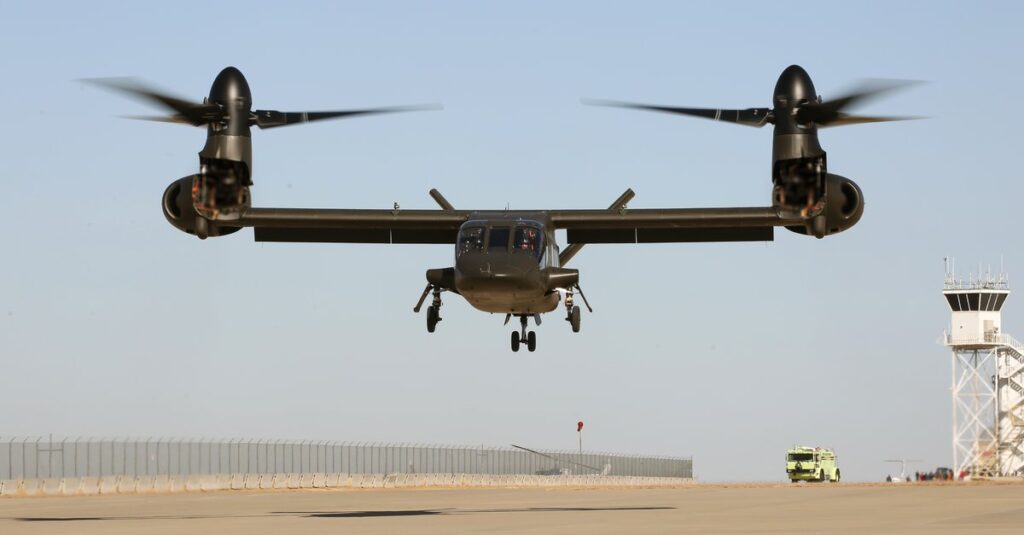 On December 5, 2022, the U.S. Army announced the awarding of its Future Long Range Assault Aircraft contract to Bell Textron, Incorporated. Bell Textron’s submission, the V-280 Valor, is a tiltrotor aircraft designed to replace the UH-60 Black Hawk helicopter which entered Army service in 1979. The Valor beat the Sikorsky-Boeing submission for the FLRAA contract, the SB-1 Defiant X, which uses coaxial main rotors and a pusher propeller.

The Army started the FLRAA program in 2019 under the Future Vertical Lift initiative to update its helicopter fleet. “This down-select represents a strategic pivot for Army Aviation to the transformational speed and range our Army needs to dominate future battlefields,” said Maj. Gen. Walter Rugen, director of the Future Vertical Lift Cross-Functional Team, in an Army Public Affairs release. “The prototyping and risk-reduction efforts allowed the Army to significantly reduce the time needed to get to today’s announcement.”

Development of the V-280 Valor began in 2013 as part of the Joint Multi-Role Technology Demonstrator program. While the tilt rotor design is similar to the V-22 Osprey that is currently in service with the Marines, Navy and Air Force, the V-280 was designed specifically to meet the Army’s requirements. “We are honored that the U.S. Army has selected the Bell V-280 Valor as its next-generation assault aircraft,” said Scott C. Donnelly, Textron’s chairman and chief executive officer, in a company press release. “We intend to honor that trust by building a truly remarkable and transformational weapon system to meet the Army’s mission requirements. We are excited to play an important role in the future of Army Aviation.”

The V-280 has a crew of four and can carry 14 troops. Thanks to its tiltrotor design, the V-280 has a cruise speed of 320 mph compared to the UH-60’s cruise speed of 183 mph. Like the Black Hawk, the Valor can also be configured to carry cargo or serve as a medical evacuation platform. Bell Textron is also developing an attack variant capable of deploying rockets, missiles and even small UAVs.

The initial contract “refines the weapon system design, sustainment, digital enterprise, manufacturing, systems integration, flight-testing, and airworthiness qualification” according to Bell Textron. The initial prototypes are due for delivery by 2025 under the initial contract cost of $232 million. This contract has a ceiling of $1.3 billion contingent on the exercising of options beyond the initial contract. However, the Army noted that the program as a whole could be worth up to $70 billion, including foreign military sales, if the full complement of aircraft is purchased across the life of the fleet.