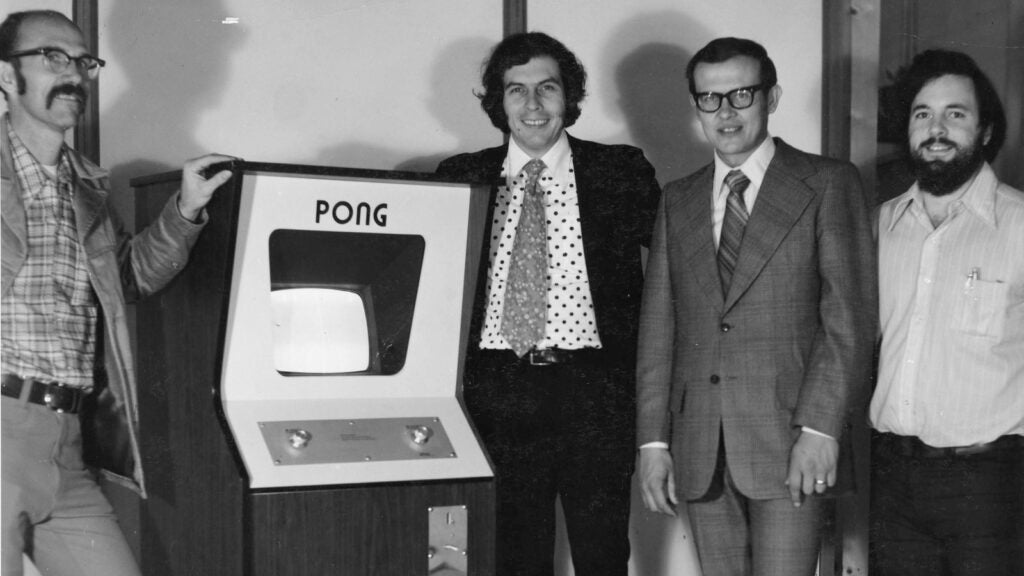 Military veterans have influenced everything from business to consulting, banking, and even technology in Silicon Valley. These veterans and their companies may surprise you, especially with how they played an integral part in the ever-increasing digital world in which we live.

Jim Kimsey was a co-founder of AOL.com and is partly responsible for all of those CDs we received in the mail from about 1996 to around 2005. Many, many plastic trees were lost to those CDs, but they did make good coasters. Kimsey completed his undergraduate studies at West Point and served in the U.S. Army in Vietnam and the Dominican Republic. He completed three combat tours as an Airborne Ranger and is in the Ranger Hall of Fame.

Kimsey started out in the computer business as a consultant for the Control Video Corporation (CVC). His friend and fellow West Point classmate Frank J. Caufield wanted Kimsey on his team. After a few corporate changes, CVC became Quantum Computer Services, which was co-founded by Kimsey and Caufield. QCS later turned into AOL and Kimsey stayed as AOL’s CEO until 1995.

Ted Dabney grew up in San Francisco and joined the Marine Corps after high school. He did three years and later went to San Francisco State University. He worked different jobs until he found the right fit Ampex, an electronics company, in the military products area. He met Nolan Bushnell at the firm with whom he would later create Atari. Both of them saw early computers and came up with the idea to make them available for home and recreational use. The two founded Atari and released their first product, Computer Space. They subsequently released Pong, which was a huge success.

Frank J. Caufield is a well known and highly regarded venture capital investor in Silicon Valley. Even with his passing in 2019, he can be looked to for leadership and in taking chances on great people who are building great companies. During his time at Kleiner Perkins Caufield and Buyers (KPCB), the company invested in startups such as AOL, Amazon, Electronic Arts, Google, Netscape, Sun Microsystems and Twitter, which are only a few of the 900 ventures in which they invested.

Before his success in Silicon Valley and on the Sand Hill Road, Caufield attended West Point and served in the U.S. Army in Air Defense Artillery in Germany and in Military Intelligence during the mid-1960s. His main assignment in Germany was as the head of the U.S. Section of a multinational center to debrief East European refugees who had made it to West Germany. He learned a lot about Eastern Europe and how the culture there interacts with politics and economics. Caufield then returned to civilian life, attended Harvard Business School for his MBA and in 1972, he co-founded KPCB.

Long before partnering with Frank J. Caufield for KPCB, Eugene Kleiner and his family left Austria because of Nazi persecution in 1938. He then served in the U.S. Army during World War II and later utilized his GI Bill to earn a degree in mechanical engineering from the current Polytechnic University of New York. He co-founded Fairchild Semiconductor with seven other engineers to mass-produce computer chips.

After his time at Fairchild, Kleiner worked on a number of different ventures until in 1972 he co-founded KPCB with $8M. He was key in the firm financing Sun Microsystems, Tandem Computers, Compaq Computer, AOL, Genetech and hundreds more. By 1997, the companies that KPCB backed amounted to more than $100B in stock market value. Kleiner eventually retired from day-to-day duties at KCPB in the 1980s and passed in 2003.

Brigadier General Georges F. Doriot is a historic figure in the world of venture capital and silicon valley as it all starts with him. He immigrated from France to the US after having served in the French army. He earned his MBA from Harvard Business School and eventually became a professor at the school as well. Doriot was commissioned in the U.S. Army Quartermaster Corps in 1940 as a lieutenant colonel and served as the Director of the Military Planning Division for the Quartermaster General. He focused on research and development which led to his promotion to Brigadier General.

In 1946, post World War II, he found the American Research and Development Corporation (ARDC) which was one of the world’s first two venture capital firms for investment in civilian projects, many of which could support the military. The ARDC invested in such successes as the Digital Equipment Corporation, which was a major computer company from the 1960s to the 1990s. Doriot also founded INSEAD, a top-level business school in France, which continues to this day. He continued investing through the ARDC until his passing in 1971. Many great venture capitalists credit him for creating the VC industry.