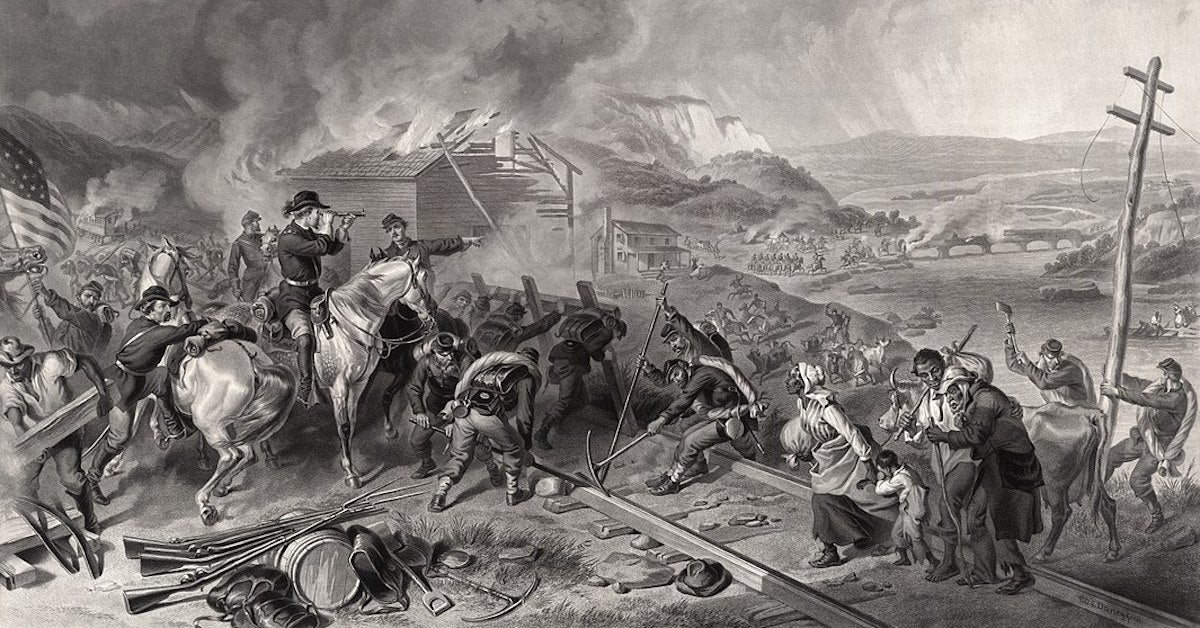 Saying that General William T. Sherman was unforgiving to his enemies is the understatement of the 19th-Century. The man who burned Georgia to the ground was as tough as they come and he earned a reputation in the south for being particularly evil, though that might be a little further from the truth than the Confederates would have you believe.

Nonetheless, this is still the man known for saying, “War is cruel. The crueler it is, the sooner it will be over.”

In September of 1864, Sherman captured Atlanta, a beloved symbol of the South, but he entertained no plans to keep it. Instead, he divided his army, sending General George Thomas to pursue the Confederate Army he just defeated while Sherman prepared the rest of his men to march to Savannah.

Sherman supplied his troops with an enormous cache of supplies from Atlanta and then ordered the business district of the city destroyed in order to prevent the Confederacy from recovering anything once he departed.

Nearly forty percent of Atlanta was ruined, becoming the first ashes Sherman would leave behind as he made his way to the sea.

This context would have you believe Sherman is the Confederacy’s Attila the Hun, relentlessly destroying everything in his path with zero compassion. And while Sherman may have destroyed a lot of what he found in Georgia, he also fed citizens from his army’s stores and allowed emancipated slaves to follow his army as it marched from Atlanta to Savannah. Sherman was very dedicated to the laws of war, even if he was pushing the envelope of those laws. He even challenged his critics to “see the books” of those laws for themselves.