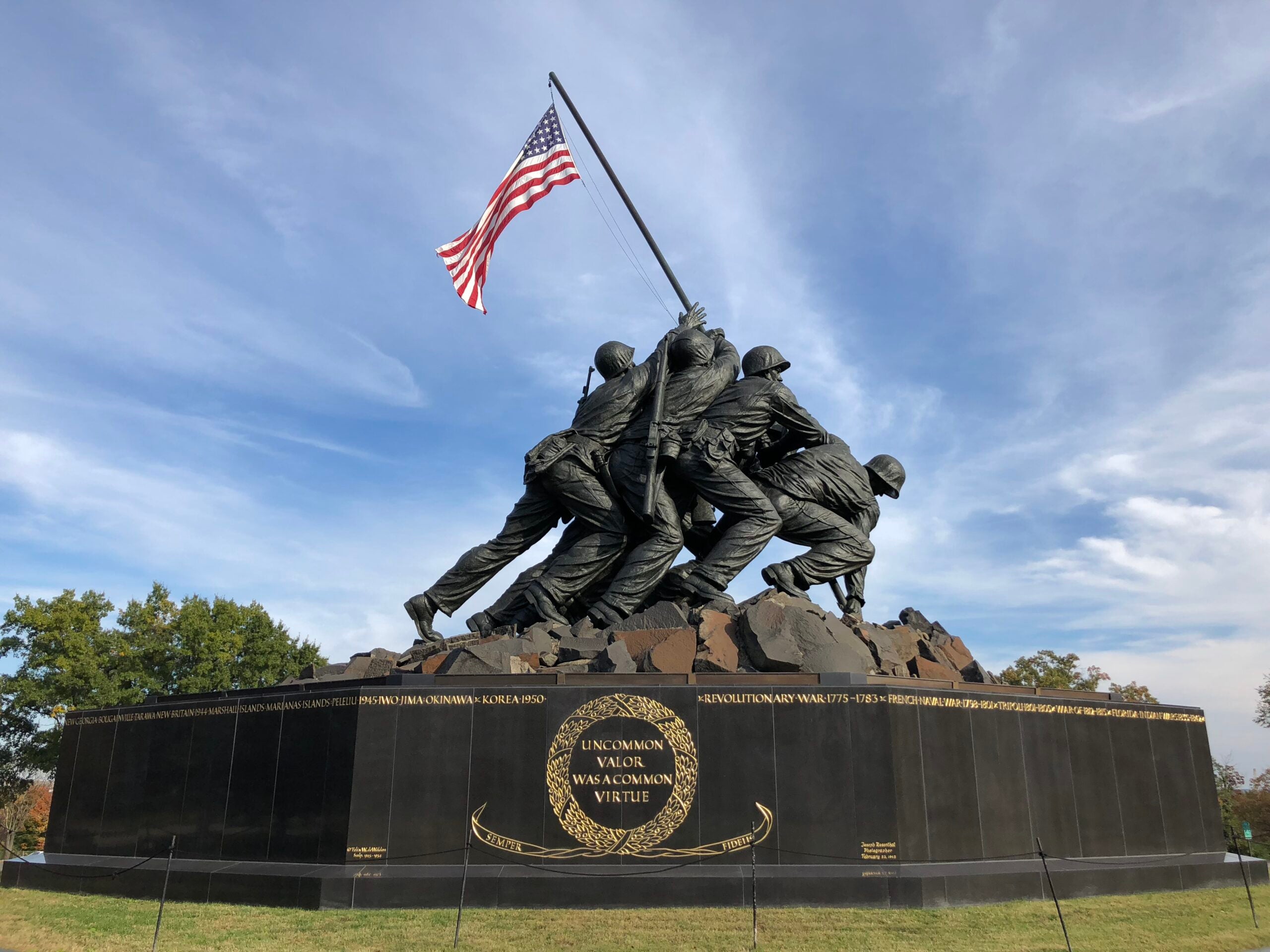 The Marine Corps’ history is a culmination of Marines pushing forward in the face of certain death. Victory comes at steep price paid for in the form of our own blood and treasure. Associated Press photographer Joe Rosenthal captured one such moment that defined the perseverance of American might. His Pulitzer Prize winning photo of six Marines raising the flag atop Mount Suribachi showed the Marines of World War II during their finest hour.

There were two flag raisings at Iwo Jima which sparked controversy until recently in 2019. The Marine Corps set things right with the help of private historians and the FBI to definitively answer the question of who was in the photo.

1st Lt. Schreier retired from the Marine Corps as a lieutenant colonel in 1957. He served in the Korean War and a recipient of the Navy Cross. He passed away on June 3, 1971 at the age of 54.

Sgt. Thomas was killed in action on March 3, 1945 while using a radio and coordinating his troops fighting the enemy.

Sgt. Hansen was killed in action on March 1, 1945 during the intense fighting for Iwo Jima.

Cpl. Lindberg sustains a bullet wound to the arm on March 1, 1945 and is MEDEVAC’d from the island. He became an electrician after the war and he raised a family with his wife. He dedicated his life to raising awareness of the first flag raising until his passing at age 86 on June 26, 2007.

‘Doc’ Bradley was one of the original flag raisers misidentified in the second flag raising. The record was corrected in 2016 that it was Pfc. Harold Schultz instead. He passed away in 1994. His son, James Bradley, wrote the best seller ‘Flags of Our Fathers’ in 2000.

Pvt. Ward was another Marine mistaken to not have been in the first picture but he was. Ward passed away on December 28, 2005 at the age of 79 in McAllen, Texas. The Marine Corps amended the mistake after his death and recognized his part in the historic moment.

Cpl. Hayes sold war bonds to keep American troops well equipped for the remainder of the war. Plagued by PTSD after the war, he struggled with alcoholism. He had several run-ins with the law and regarded his celebrity status with distain. He also played himself in a 1949 movie by John Wayne. Unfortunately, he died of exposure and alcohol poisoning on the night of January 23, 1955 after getting into drunken brawl at the age of 32.

Cpl. Schultz worked for the U.S. Postal Service until his retirement in 1981. Schultz never spoke much about the war until he told his stepdaughter Dezreen Macdowell before his death. In an interview with Time, she said she told him he was a hero. He responded with ‘No, not really, I was a Marine.’ He passed away on May 16, 1995.

Sgt. Strank was killed in action on March 1, 1945 by Japanese artillery while assaulting the northern part of Iwo Jima.

Cpl. Keller never spoke about the war or the flag raising to his family or anyone else. Private historian Brent Westemeyer, the Marine Corps, and the FBI revealed the truth in 2019.

Cpl. Block was killed in action leading an assault on Nishi Ridge on Iwo Jima on March 1, 1945.

Among the men who fought on Iwo Jima, uncommon valor was a common virtue.