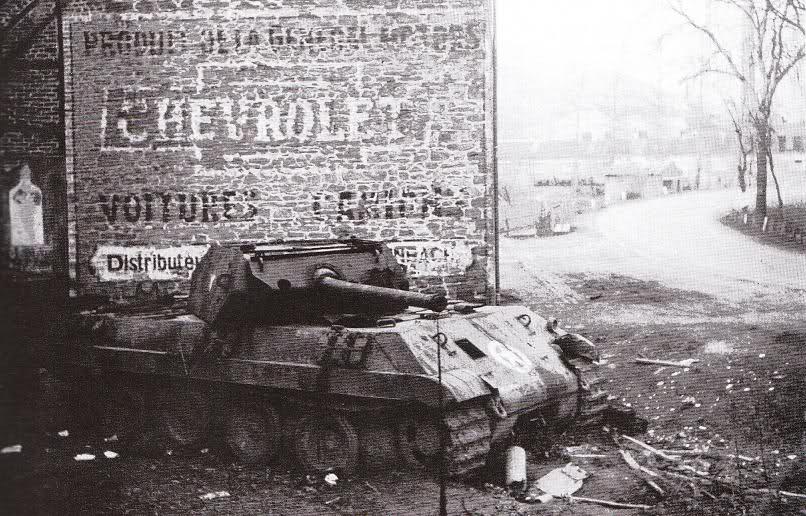 The act of deception on the battlefield is an integral part of armed conflict. From the Trojan Horse to the American Ghost Army, wartime trickery can mean the difference between victory and defeat. However, there are rules that have to be observed in war and deception can sometimes skirt the line of a war crime. Interestingly, Nazi Germany managed to stay on the legal side of this line with their disguised tanks during the Battle of the Bulge.

Hitler planned for his winter 1944 Ardennes Offensive to turn back the Allied tide on the western front. To accomplish this, he aimed to create confusion and disarray in the allied lines with Operation Greif. Under the command of Waffen-SS commando Otto Skorzeny, who rescued Italian dictator Benito Mussolini and supervised the successful kidnapping of the son of Hungary’s Regent, German soldiers would dress in American uniforms and use captured allied vehicles to capture bridges over the Meuse River before they could be destroyed.

At first glance, the wearing of the enemy’s uniform and use of their insignias appears to violate Article 23(f) of both the 1899 and 1907 Hague Regulations. The article reads, “It is especially prohibited…to make improper use of…the national flag or military ensigns and uniform of the enemy.” However, this article falls under the section titled “Means of injuring the enemy, sieges, and bombardments.” In fact, Skorzeny was later acquitted of any crime related to Operation Greif for the express reason that there was no intent to engage in direct combat while wearing Allied uniforms or displaying Allied insignias. Again, the Nazi goal was to create confusion and disarray with their disguises.

So why didn’t the operation work? For one, the Nazis simply didn’t have the numbers of anything that they needed. Skorzeny requested 3,300 men with “knowledge of the English language and also the American dialect” to make up his Panzer Brigade 150. He also requested Allied uniforms, weapons and vehicles including 15 tanks, 20 armored cars, 20 self-propelled guns, 100 jeeps, 40 motorcycles, and 120 trucks. Instead, he got about 200 men, only 10 of whom spoke English with enough American slang to pass as Americans, and two captured M4 Sherman tanks in poor condition.

In order to sell the ruse, Skorzeny had the Panzerkampfwagen V Panther tanks that he received made to look like American M10 Wolverine Tank Destroyers. A number of cosmetic changes were made to the Panthers including the removal of the commander’s cupola, the removal of the bow machine gun, and the addition of metal panels to the hull and turret to resemble the M10’s outline. Finally, the Panthers were painted in American olive drab and marked with white circled stars.

On December 21, Panzer Brigade 150 took part in the offensive on Malmedy. Grouped together with the rest of the German armor, the Ersatz M10s were easily identified as enemies and picked off by Allied forces. American heavy artillery rained down on the disguised Panthers with Skorzeny himself being wounded by shrapnel. Private Francis Currey of the 120th Infantry Regiment received the Medal of Honor for knocking out four German tanks including one of the Ersatz M10s. In total, four disguised Panthers were knocked out.

In 1947, Skorzeny and nine other officers of Panzer Brigade 150 were tried as war criminals at the Dachau Trials. The military tribunal acquitted all 10 defendants after evidence could not be produced that Skorzeny or any of the other officers issued orders to fight in Allied uniforms. Despite the presence of the disguised tanks at Malmedy, sufficient evidence could not be produced that they had engaged Allied forces while displaying Allied insignias. The trial set a precedent clarifying the use of ruses and disguises under the Geneva Convention.