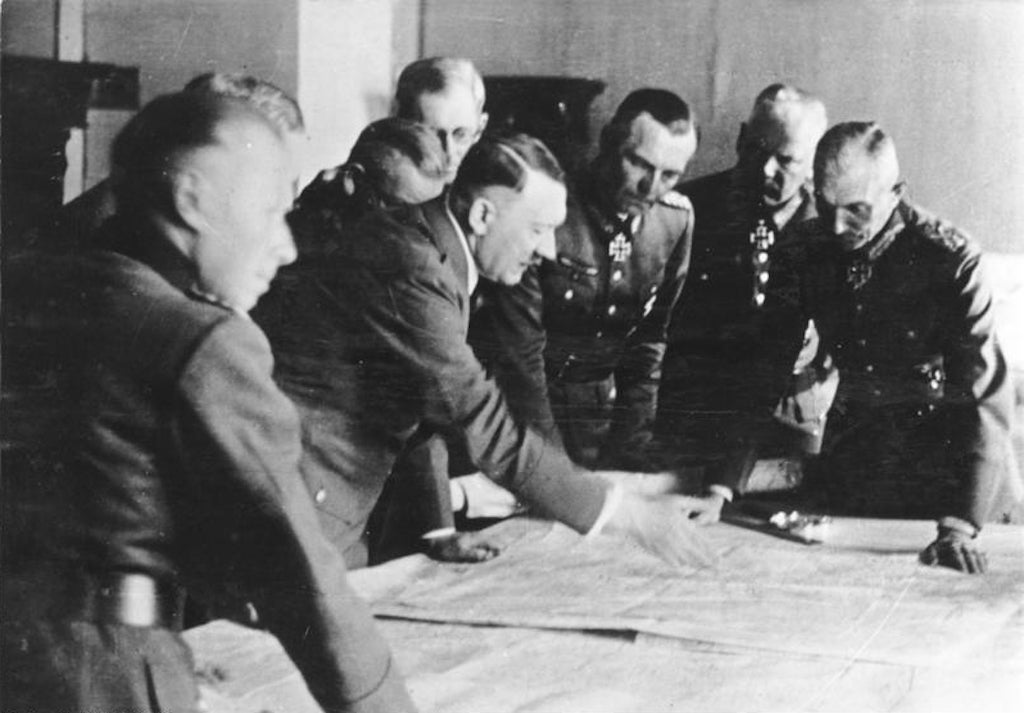 Hitler during a meeting at the headquarters of Army Group South in June 1942.

Throughout the final year of WWII, Adolph Hitler was reportedly on more than 70 different narcotics, including crack cocaine and other opiates, and was basically out of his consciousness. His long-term drug usage undoubtedly caused Hitler’s downfall as a ruler. His fight for survival reached a climax during the Battle of Berlin after he authorized attacks on drug stores in the war-torn city center to save any pharmaceuticals they could. They failed.

It is common knowledge that by this point in the fall of the Reich, Hitler was not in his correct state of mind. While he had been abusing narcotics for years, it was at his darkest point the addiction essentially paralyzed his capability for decision-making. Hitler was overheard admitting that he had postponed shots for that day to allow his needle wounds to recover. He was well aware that he was overdoing the injections and drug misuse, which is perhaps why he desired to take a day off. These factors demonstrate that while Hitler had lost power over himself, he still had command of the German army.

Even without drugs, Hitler was harsh and brutal, but the opiates and other substances allowed him the confidence to reveal his extreme personality. When Hitler is portrayed as an addict, one can see the seams in his broken logic. His mental and physical health has been the subject of considerable debate, and he depended on frequent injections of the “wonder medication,” which induces euphoria in its users. It makes it difficult for them to make informed decisions. While we might try to justify his actions with his drug abuse, historians argue that Hitler did a lot of unspeakable things even before he started his drug use. Some even claim that the drug helped him maintain his delusions. The world could have crumbled and burned before him, and his acts could claim the lives of millions, but the narcotics left him feeling unstoppable. But, as resources ran out near the end of the conflict, Hitler succumbed to the withdrawals of the multiple narcotics his body had been accustomed to.