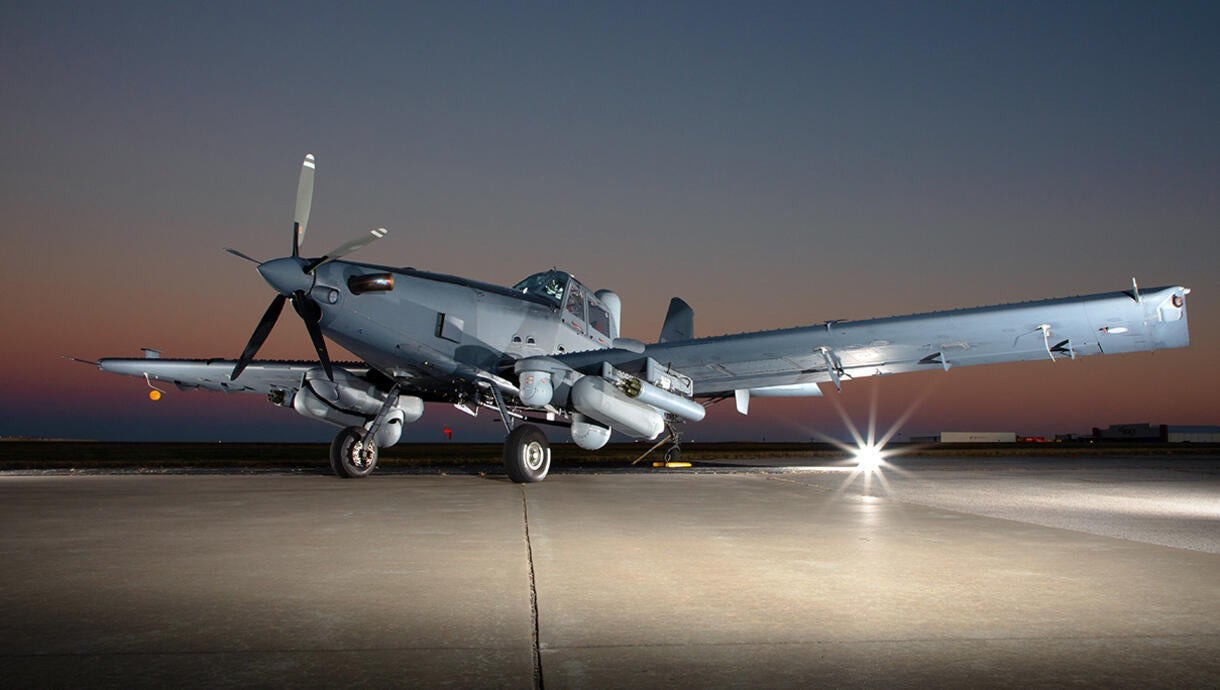 Specifically, the Armed Overwatch plane program contract’s maximum ceiling value is $3 billion. A DOD press release published on August 1, 2022 states, “Research, development, test, and evaluation; and procurement funds in the amount of $170,000,000 were obligated at time of the award.” The press release also notes that the contract covers the procurement of up to 75 aircraft, training systems, mission planning systems, support equipment, spares, and logistics support. Period of performance is stated to be from July 2022 until July 2029.

L3Harris collaborated with Air Tractor, Inc. to create the AT-802U Sky Warden for the Armed Overwatch program. Air Tractor is renowned for its single-engine agricultural monoplanes including the AT-802, first flown in 1990. The aircraft’s low-altitude performance saw it later adapted for fire-fighting and combat.

In response to the Air Force’s Light Attack/Armed Reconnaissance program, Air Tractor modified the AT-802 in 2008. The armed version featured armor for the engine and cockpit, a bulletproof windscreen, self-sealing fuel tanks, and structural reinforcements allowing for a payload of 9,000 pounds. Although the Air Force announced that it would not move forward with the LAAR program in 2020, SOCOM’s Armed Overwatch program served as a sort of spiritual successor.

The AT-802U Sky Warden has many features that make it ideal for the Armed Overwatch program. It has a 6-hour loiter with a 200 nautical mile combat radius, and can carry a 6,000-pound flexible combat load-out. L3Harris notes that the Sky Warden leverages the company’s “more than 1.3 million hours of ISR and Strike support and upgrades driven by mission operators.”

L3Harris announced that the prototype demonstrator Sky Warden will be quickly modified into the production configuration for customer weapon system testing in about six months. New Sky Wardens will be produced at Air Tractor’s aircraft manufacturing facility in Olney, Texas and configured at L3Harris’ modification center in Tulsa, Oklahoma. L3Harris notes that the Sky Warden is production-ready with delivery in less than 12 months.