These are the different versions of a Molotov cocktail 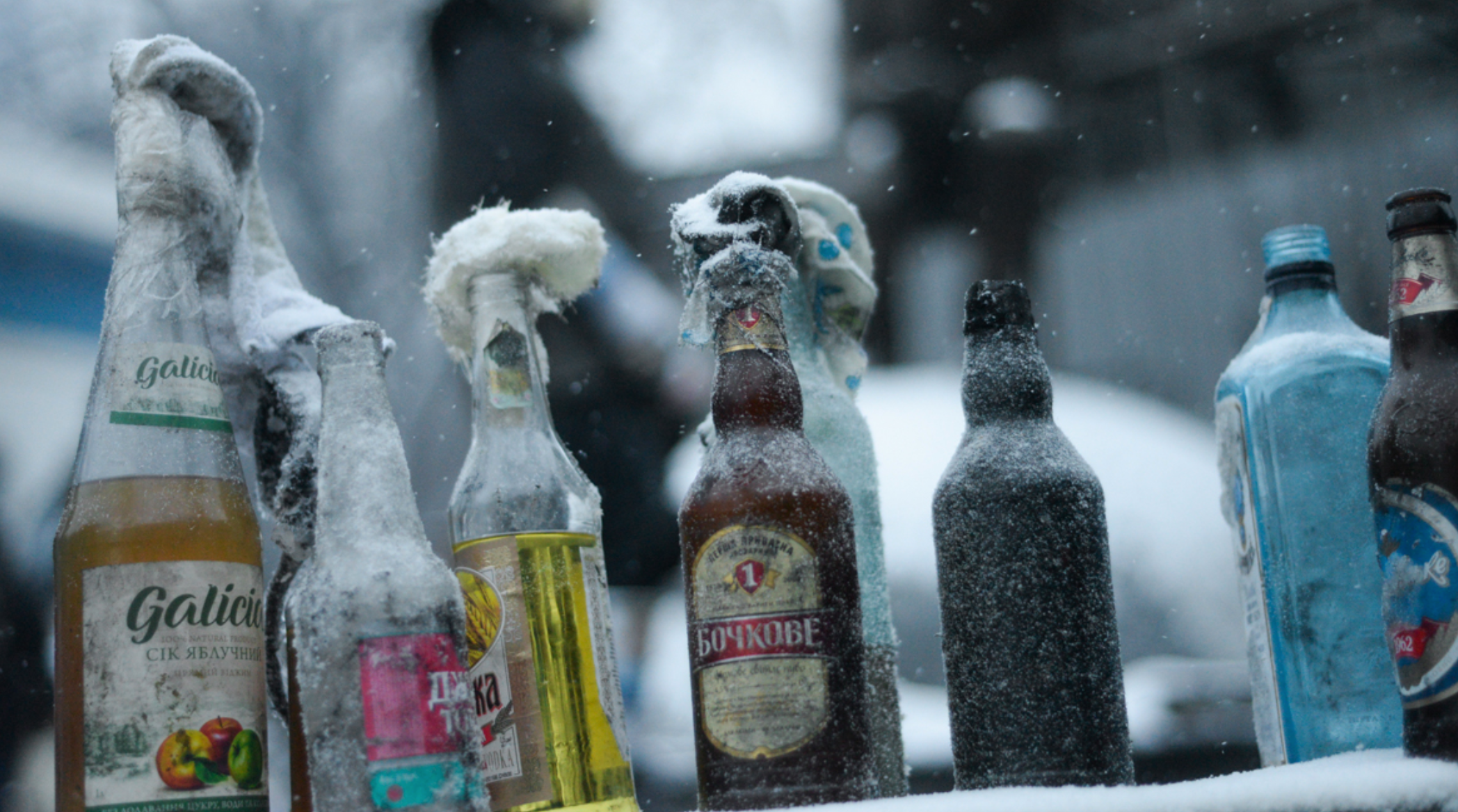 An array of Molotov Cocktails used in a protest during 2013. Image courtesy Wikimedia Commons.

The Molotov cocktail has had the glow up of the century, thanks to its frequent use in the Ukraine attacks, but there’s more than one way to devise these incendiary devices. Whether you’ve never heard the term or are wondering just how many ways a country can throw a burning bottle back at its oppressors, take a look at this long list of historic recipes that are still relevant to this day.

First of all, let’s look at all of the names this thing has. Invented and named by the Finnish in the late 30s, it was actually named as a joke. It was named for Soviet politician, Vyacheslav Molotov, when they created hand-held bombs to destroy Russian tanks.

The Finnish added fuel to a bottle, added a wick, then tossed the bottles at their enemy. It was a creative, effective and affordable tactic, therefore, it stuck. Years since, it’s been called a petrol bomb, gasoline bomb, bottle bomb, poor man’s grenade, firebomb, fire bottle or just the stand-alone Molotov.

Bottles at the ready

Molotov cocktails don’t have to be made out of glass bottles. Sure, there’s something more dramatic about breaking glass when it’s launched onto an oncoming tank or near enemy soldiers, but let’s be realistic. Few people have a collection of small glass bottles on hand.

We’re a society that consumes plastic and it’s far more readily available. Luckily for Molotov makers, it works just fine. Plastic bottles will ignite and explode all the same. In fact, they are often used by hooligans, terrorists and troublemakers alike.

Wine bottles also make a larger Molotov cocktail, as do milk jugs, or liter/two-liter bottles. The original Molotovs were made from empty liquor bottles, as they were readily on hand. This is likely where they got their glass roots, too. Beer bottles and juice containers all have preferred Molotov capabilities.

In decades prior, soldiers even used tin containers to launch flames onto the enemy. However, it’s unclear if these devices explode with the same fervor or at all. 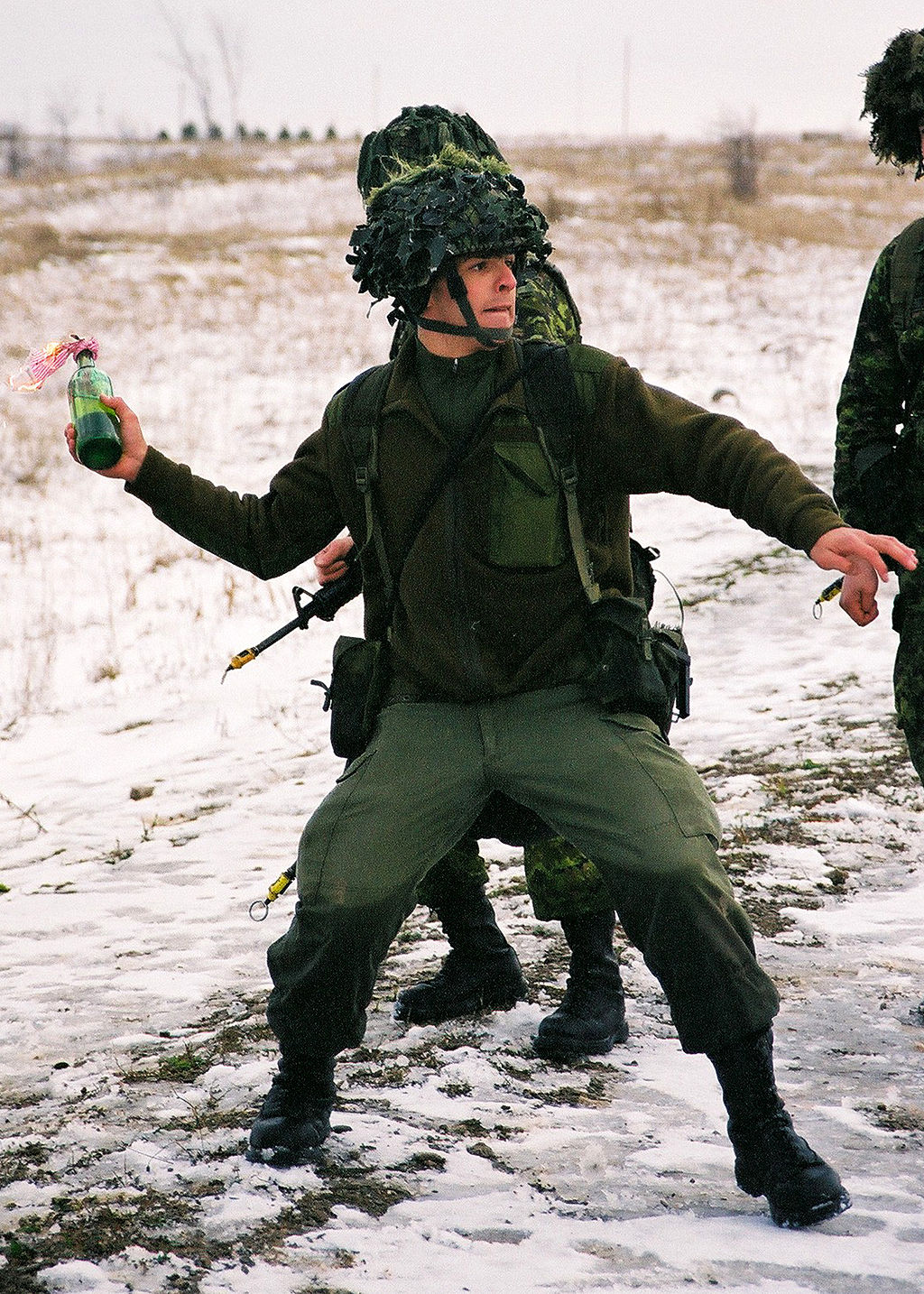 Next, it’s worth noting that several materials can be used as wicks. Traditionally, we think of a type of paper, like a newspaper or even a piece of cloth. In most cases, a long length is given to provide the thrower enough time to get rid of the device. (Just like a firecracker.)

In reality, though, pretty much anything flammable will do. Soldiers have found the use of sponges, ribbons, pieces of trash, etc. Essentially, anything that can be shaped into a long strip can be placed into the bottle and used as a Molotov wick.

In decades where camera film was common, it too could be used to dip into fuel, such as gasoline or kerosene, in order to create the desired effect.

With the ease of production and use, it’s no wonder these devices have stuck around for so long. They are not only readily effective but can be produced by laymen. They are certainly not safe, so steer clear. But like any type of military history, these devices have an interesting past that’s worth taking the time to explore … just avoid doing so firsthand.