The history behind Washington D.C.'s underground tunnels - We Are The Mighty

Do you know the history behind Washington D.C.’s underground tunnels? 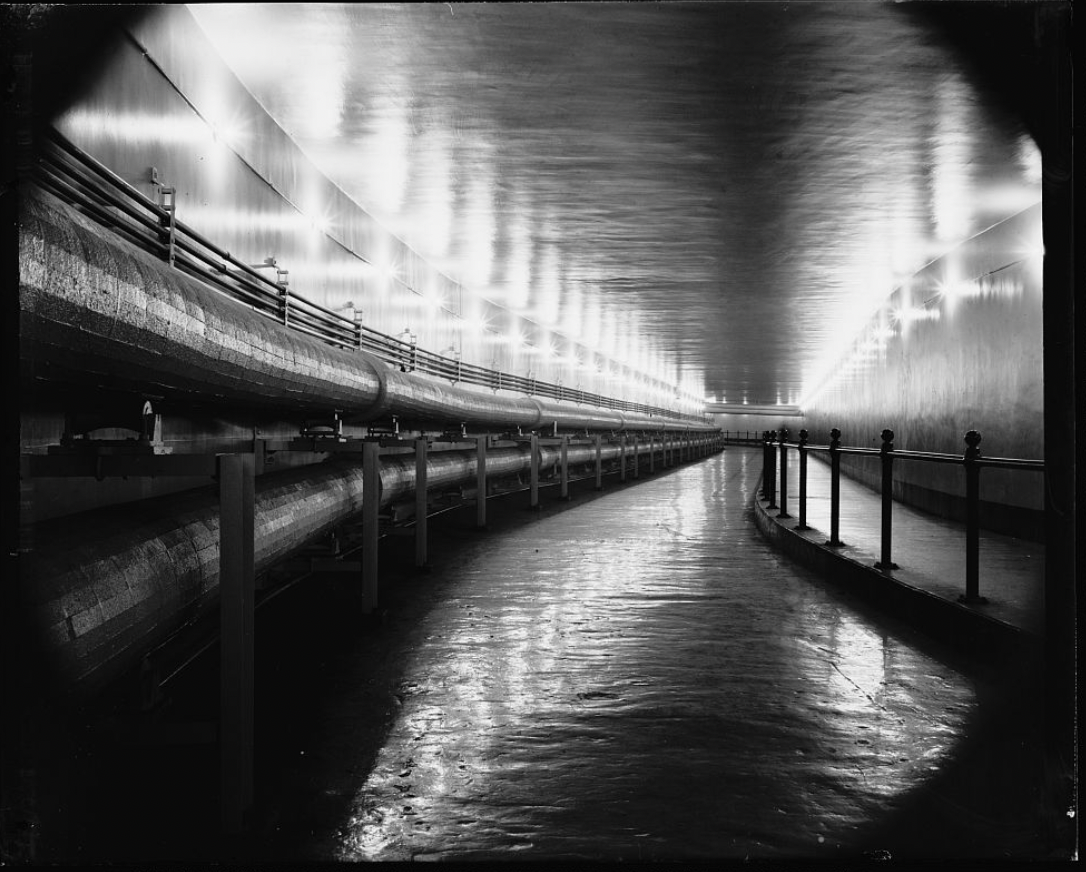 Down beneath some of the most powerful buildings in the nation’s Capitol, sits a series of underground tunnels. Hidden pathways between the White House, the Capitol building, and more. Known as the Capitol Tunnels, these architectural masterpieces have been in existence for hundreds of years.

But their history is less seedy than you may think. Long from a right to privacy or shady deals, the tunnels were meant for one simple purpose: cool air.

Work on the tunnels began in 1865 as a desperate attempt at cooling government buildings. As new wings were added throughout the Civil War, many windowless offices were created, with no way for airflow to cool large portions of the building.

The solution? Two 10-foot tunnels were intended to house and funnel cool air from deep underground. They were also packed with large chunks of ice. Air was funneled with large propellers, further channeling the cooled air. It’s said that during summer months, the House and Senate were cooled by 10 degrees with this method. (They were also hit with the smell of manure each time the grounds were fertilized.)

A few decades later, in 1898, The Library of Congress moved a quarter-mile away, and there was an instant issue of how lawmakers could attain important documents, quickly, and without dealing with extreme elements. To solve the growing problem, another tunnel was dug, this time, for transportation of documents. An “electric dynamo” held trays of books and papers, shooting them from building to building, landing in a document room next to the House of Representatives. The dynamo was repeated several times over, creating additional book funnels over the years.

Next, as additional offices were built, travel tunnels were included to provide transportation between the locations. They allow government officials to get from one place to the next extremely quickly. By bypassing roads and public transportation, Congressmen, Senators, and more can make it from meeting to meeting with ease. All without hassle, or exposure to weather. They originally rode in Studebaker autos but were soon traded for monorails instead. Though a walking path was also provided for those who wanted exercise or couldn’t wait for an open seat.

Their next step was to provide underground parking options. This began as a way to provide jobs during the New Deal while keeping the skyline intact. Decades later, more underground lots were added for additional parking, and to free existing slots for tourists.

Over time, tunnels were added along with new buildings, greatly expanding the underground method of transportation. Additional book paths were created, as well as walkways and electric monorail travels. Today, there are also tunnels for public use, allowing visitors to pass quickly between buildings. (Access adjusts with current security levels, and identification is required.)

Today, ongoing projects are in play to update and add historic appeal to the tunnels, keeping them intact while providing artistic improvements.