What happened when a Pearl Harbor attacker crash landed in Hawaii

What happened when a Pearl Harbor attacker crash landed in Hawaii 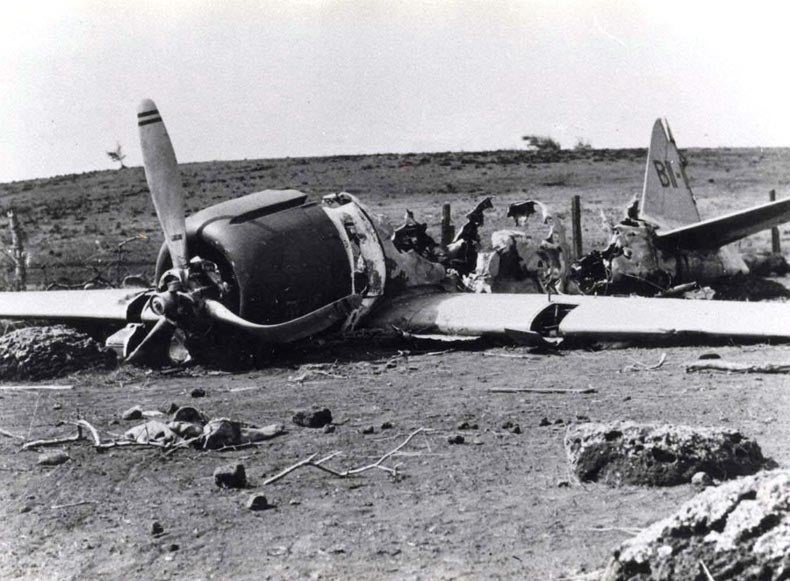 Despite the relatively quick American recovery from the Japanese attack on Pearl Harbor, there’s no doubt that the surprise attack hit the U.S. Army and Navy pretty hard. Despite the excellent execution and planning by the Imperial Japanese Navy, they still took considerable losses, especially given the surprise they achieved.

When the first wave came in with complete surprise, it took minimal losses. Only nine fighters went down in the first wave. With the second wave, more U.S. troops were able to mount a defense, so the incoming Japanese planes took more than twice as many losses.

A third wave never materialized because the Japanese admirals believed they would lose more planes than they could handle. But even before they launched that day, the Japanese knew, as any powerful military force knows, that no plan survives contact with the enemy. So they had a planned rendezvous point for airmen whose planes couldn’t make it back to the carriers: the Hawaiian island of Niihau.

The tiny island of Niihau is just a 30-minute flight from Pearl Harbor and was a designated rescue point for pilots who had to take their planes down for some reason, whether it be engine failure or damage from American defenders. Flying all the way to Niihau was much better than trying to be rescued in the vast Pacific Ocean.

Petty Officer Shigenori Nishikaichi’s Zero was heavily damaged during his second wave attack run on Wheeler Army Air Field, so he was forced to go to this contingency plan. He was able to land on the island, but his plane took even more damage in the attempt. Still, Nishikaichi was alive on what he (and the Imperial Japanese Navy) thought was an uninhabited island.

It must have been a big surprise to Nishikaichi when he was helped out of his damaged plane by a native of the island. Niihau is the smallest of the Hawaiian Islands and was privately-owned, but in 1941 it had a population of 136 native Hawaiian-speaking people and a handful of others. Three of them happened to be Americans of Japanese descent.

When Nishikaichi crash-landed there, Aylmer Robinson was the owner of the island and didn’t allow visits from outsiders. The man who rescued him knew there were tensions between Japan and the United States but was completely unaware of the attack on Pearl Harbor. Even so, the man took Nishikaichi’s sidearm and papers.

The Hawaiians on the island greeted their unexpected visitor with a party and a dinner that night, but the two sides could not communicate. Nishikaichi spoke little English and the natives spoke no Japanese, so until the Japanese residents could be found, they were unable to talk to one another.

A local named Shintani spoke with the pilot very briefly but quickly walked away. The local Japanese couple, the Haradas, arrived next, and they spoke at length. Nishikaichi told them about the attack on Oahu and asked for help in getting his secret papers back from the natives. They decided to help him. Unfortunately for Nishikaichi, that same night, the locals learned about the attack on the radio and turned on him. The Haradas agreed to hold the pilot, with four guards stationed around their home.

Later that night, the Haradas waited for an opportunity to overpower the guards. When three of them departed, they attacked and locked him in a warehouse. The three Japanese armed themselves and headed for the man who still had the papers. Seeing they were armed, he fled and raised the alarm in a nearby village. Residents of the village fled when the Japanese trio began firing a shotgun.

Meanwhile, the Niihauans signaled for help to the main islands, where the island’s owner lived. The night went on as the Japanese began capturing locals to forcibly enlist their aid in tracking down the pilot’s precious papers. When they captured a Hawaiian husband and wife, their hours-long search took its toll. At an opportune moment, the wife threw herself on Nishikaichi as Harada struggled to throw her back off.

In response, Nishikaichi shot the husband three times with a pistol concealed in his boot. The man got right back up and threw the pilot into a stone wall. His wife crushed Nishikaichi’s head with a rock as the man slit his throat. Harada turned the shotgun on himself and committed suicide.

The couple went to a nearby hospital as military police arrived on the island. The remaining Japanese citizens were arrested for aiding Nishikaichi. The incident was seen as proof that Japanese American citizens could not be trusted during the war when discussing Japanese internment.

Editor’s note: This article originally (and incorrectly) claimed Japanese citizens were never held in internment camps on Hawaii. We regret the error and have removed that false statement.