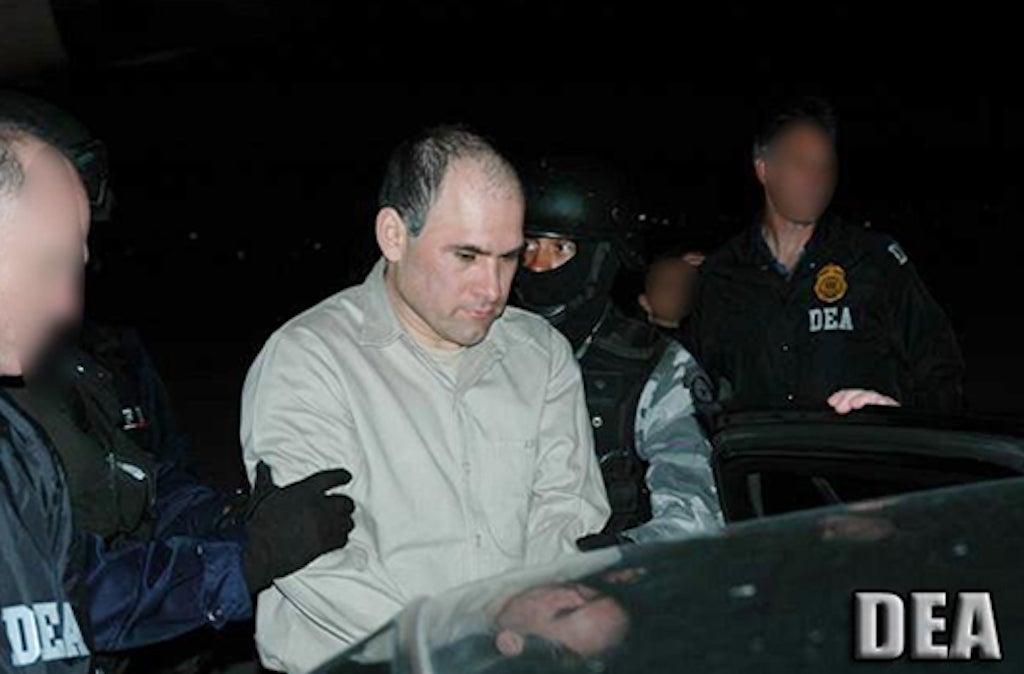 Osiel Cárdenas' extradition to the United States from Mexico.

The Zetas are one of Mexico’s most dangerous criminal gangs, engaging a reign of terror across numerous Mexican territories and beyond. They can be found in Panama, Honduras, Guatemala, El Salvador, and down into Peru and Venezuela, just to name a few places.

They’re known for their shocking, violent tactics, including beheadings, torture and high-profile assassinations to keep their arms and drug trafficking cartels profitable. While many may be familiar with Los Zetas today, as their brutality frequently puts them in international news headlines, many may not be familiar with the gang’s origins.

Before becoming the largest dealer of illicit drugs, guns and human slaves, Los Zetas were the enforcement arm of another cartel. They soon broke off and became a rival to the world’s then-largest gang, the Sinaloa Cartel. They overcame their enemies because of their brutality and some special forces tactics they picked up from the U.S. Army.

The Army’s Special Forces didn’t set out to train future narco-terrorists. In fact, the beginnings of their U.S. military training started out innocently enough. Mexican commandos from the country’s Grupo Aeromóvil de Fuerzas Especiales (GAFE), were sent to Fort Bragg to receive training in urban combat, according to author George Grayson, in his book “The Executioner’s Men: Los Zetas, Rogue Soldiers, Criminal Entrepreneurs, and the Shadow State They Created.”

The men of GAFE were supposed to return home to fight the drug trafficking cartels. That was the purpose of their special unit. But in 1997, the Gulf Cartel was taken over by Osiel Cárdenas Guillén, who was facing war on two fronts. Rival cartels were infringing on his cartel’s territory and the Mexican Army was waging a war of extermination.

Guillén recruited 30 members of GAFE who were trained at Fort Bragg to become his personal bodyguards, enforcers, and combat mercenaries by offering pay that was much, much higher than what the government could pay. The incentive worked and the GAFE soldiers defected to the Gulf Cartel.

The cartel’s new Special Forces-trained commandos went on the warpath against all Gulf Cartel rivals, forcing other cartels to form their own paramilitary wings to combat the growing threat. But even the most powerful among the cartels, the Sinaloa Cartel could not compete with gunmen trained by the U.S. Army’s best.

Eventually Guillén was captured and extradited to the United States, leaving a power vacuum in the Gulf Cartel. The void was filled by the Zetas, whose power within the organization grew more and more, even as other leaders took up control of the Gulf Cartel itself. The Zetas soon began to challenge the cartel’s leadership itself.

As the violence between the cartels and the Mexican government increased, so did the power of the Zetas within the organization. The leader of the Zetas, Heriberto Lazcano began to vie for the leadership of the whole thing. Eventually a civil war of sorts broke out. Miguel Treviño Morales, the Zetas second in command, led a rival faction within the group. Since that split, Lazcano and Morales were both killed and only 10 of the original 34 Special Forces-trained gang members survive, living as fugitives.

The Zetas reign over 11 Mexican states continues as the Mexican government continues its war against the drug runners. While still very dangerous, the organization remains fractured and far less powerful than they were in their heyday, when the Zetas formed a cohesive unit.