Is American support for Ukraine is on the decline? - We Are The Mighty 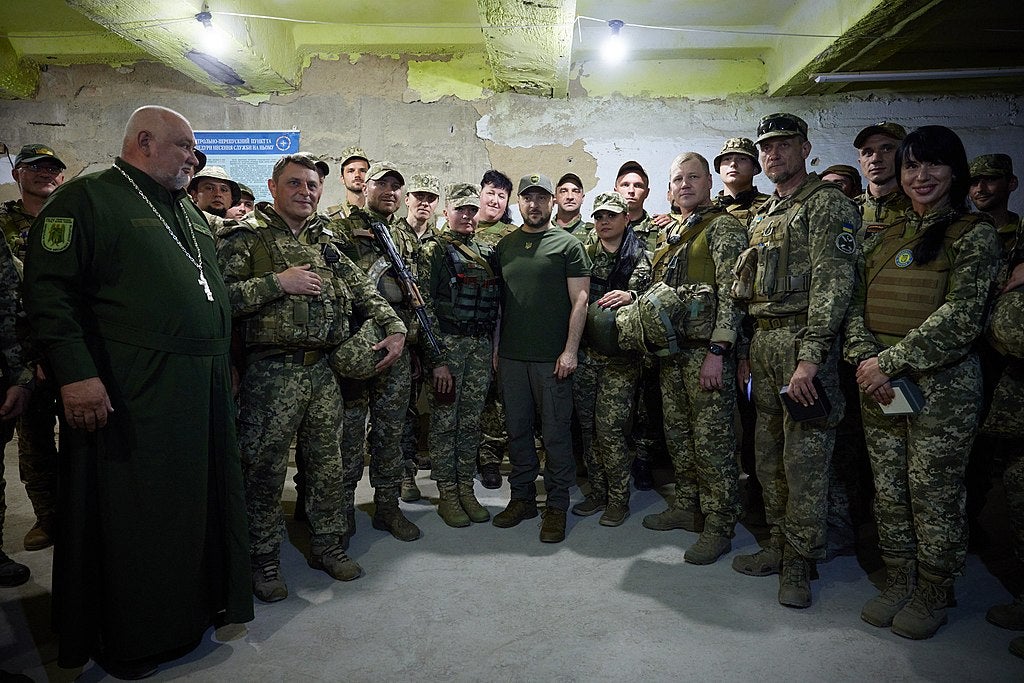 President Zelenskyy with members of the Ukrainian army on 18 June 2022.

It may seem like one big joke to many in the United States and in American media, but the inability to reach a majority vote for Speaker of the House was having a direct impact on the defense of the United States. Without a speaker, the House of Representatives wasn’t officially in place, and members of Congress were not allowed access to classified or sensitive information.

One of the main sticking points for the opposition to now-Speaker Kevin McCarthy, appeared to be his ongoing support for sending aid to Ukraine. But where members of Congress like Florida’s Matt Gaetz and Colorado’s Lauren Boebert got the idea that the American people oppose continued material support is anyone’s guess. Support for fighting the Russians is the one thing most Americans can agree on.

In an October 2022 survey, 73% of Americans expressed their support for continued aid for the Ukrainian military from the United States – even in the face of Russia’s threats to use nuclear weapons. The European Union, with the most to lose from a Russian expansion in Europe, expresses similar levels of support at 74%.

The new Republican-led Congress is expected to demand more from the Biden Administration in its military aid packages, such as oversight on the funds and equipment sent to Ukraine, expressions on what the United States’ goal is in the war, and demands on NATO partners for relative increases, but political support overall is not expected to change.

Those NATO partners are unlikely to abandon Ukraine or even decrease support for its continued fight against the Russian invasion. Despite the economic repercussions of the ongoing war and the recession it’s causing inside the European Union, support for Kyiv in European capitals is unlikely to wane. Military and material support for Ukraine is expected to only increase and develop.

As 2022 turned to 2023, Ukraine was facing some huge hurdles in its fight against Russia. Iranian-made kamikaze drones have been swarming Ukrainian cities, especially Kyiv, in the past few months, but Germany provided a specialized weapon system that had helped down 80 of the drones since the New Year began. The same ground-based weapon can be used against Russian cruise missiles.

Elsewhere in Ukraine, Russia’s own artillery violated the Kremlin-proposed ceasefire in the Russian-occupied city of Bakhmut in Ukraine’s contested Donetsk Region. Ukrainian artillery returned fire, but never Ukraine agreed to the ceasefire in the first place. Ukraine’s President Volodmyr Zelensky called the proposal Russian “propaganda” that the Russians would never actually adhere to.

No matter what the future of American support might be, President Joe Biden and his administration had the foresight to front-load its continuing support through 2023 with the passage of a $45 billion appropriations bill in December 2022. The United States has even begun to dust off some of its old Cold War weapons tech to give to Ukraine, weapons that have been retired since the early 1990s.

Support for Ukraine can come without monetary or military support and governments across the globe are getting creative with way to cut support for Russia’s military, including using economic means to cut off supplies for the most widespread Russian weapons. The most recent example is U.S. sanctions for companies providing supplies to Iran as it fulfills Russia’s request for more and more kamikaze drones.