The complete Naval Station Norfolk base guide - We Are The Mighty 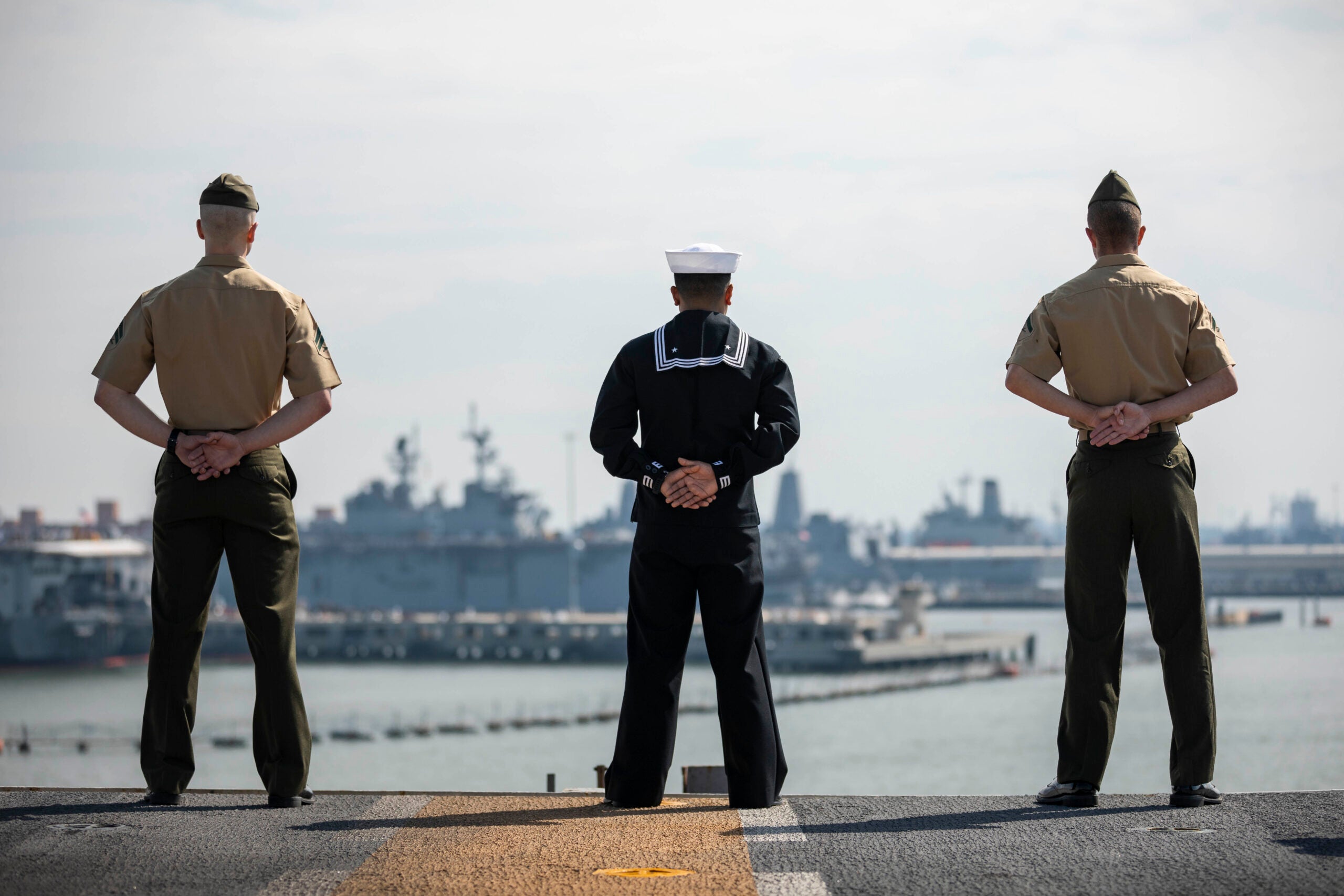 Ready for your next Navy adventure? If your PCS is taking you to the Norfolk Virginia Naval Base, then you’re in for an exciting duty station. Norfolk is the world’s largest naval base! Even more exciting, its close proximity to plenty of really neat places means you’ll never run out of things to do. Head north to see the sights at Washington, D.C. or drive to the beach. There’s fun everywhere. Before you have fun, make sure you check out the base. It’s massive. It occupies nearly 3,500 acres around the Hampton Roads area known as Sewell’s Point.

Norfolk is the HQ for Fleet Forces Command. It’s also the largest concentration of U.S. Navy Forces. On average, 75 ships and 134 aircraft are home-ported at Norfolk. An average of 275 flights take off per day – that’s one every six minutes! Read on to discover more about this very important Navy base and what to expect when you move to Norfolk, Virginia. Speaking of Virginia, here’s how the state participated in the War of 1812.

Naval Station Norfolk is in southeastern Virginia. In fact, the installation is in the Sewells Point area of the City of Norfolk. Collectively, the area is known as “Hampton Roads.” Of course, this includes plenty of the surrounding cities, like Williamsburg, Newport News, Hampton, Norfolk, Portsmouth, Virginia Beach, Chesapeake and Suffolk.

Norfolk can be reached by car using the following routes.

Coming from the west? Take I-64 E to the Hampton Roads Bridge Tunnel and follow signs for Norfolk

Norfolk International Airport (8 miles) is the closest international airport and is served by 7 major and regional airlines with multiple destinations.

Newport News/Williamsburg International Airport (27 miles) is served primarily by American Airlines (with a couple of other small airlines) with over 150 destinations.

Norfolk is along the East Coast, so if you’re coming from the West Coast, your drive might be long, but having a car would allow you to travel around the area more easily.

Naval Station Norfolk’s mission is to support and improve the personnel and logistics readiness of the U.S. Atlantic Fleet. The Norfolk Naval base provides seaport, airport, and squadron facilities, quality of life, and personnel management services.

This installation is also home to the Naval War College. Here you’ll also find the Navy Warfare Development Command and the United States Second Fleet. Let’s not forget about Carrier Strike Group Four and the the Navy Expeditionary Combat Command. Adding on, the Naval Reserve Force, the Navy Fleet Readiness Centers, and the Naval Surface Force Atlantic all call Norfolk home! It’s also home to the Naval Criminal Investigative Service (NCIS) and the Commander Navy Installations Command N6 and N8. Speaking of NCIS, here’s why real life NCIS is more important than you might think!

Norfolk is located on the site of the first permanent English settlement in America in 1607. During the Jamestown Exposition, high-ranking naval officers agreed that this site was ideal for Naval activity. Then, after the United States entered World War I in April 1917, the Secretary of the Navy was persuaded to buy the property.

In 1968, Norfolk played a major role in John F. Kennedy’s vision of putting a man on the moon. The air station on site became Recovery Control Center Atlantic, which provided command, control, and communications for the ships and aircraft participating in the recovery operations of Apollo 7.

Norfolk now houses the largest concentration of U.S. Navy forces. It is the hub for Navy logistics going to the European and Central Command theaters of operations, and to the Caribbean.

Things to Do Around Norfolk

The Sailing Center & Marina (1 mile): At The Sailing Center, learn to sail and kayak! Or, spend some time fishing or paddle boarding. The center even offers powerboats and sailboats. The Marina offers deep-water slips, conference rooms with a view, a nearby fishing pier, boat ramp, ice, bait and fishing supplies, WiFi, and dinghy storage.

Colonial Williamsburg (43.5 miles): This 301-acre historic area is an interpretation of a Colonial American city. You’ll find dozens of authentic or re-created colonial houses, many relating to American Revolutionary War history. The site has buildings dating from 1699 to 1780. A number of them are reconstructions on their original sites! Notable structures include the Capitol and the Governor’s Palace, each re-created and landscaped to what is known of their late 18th-century condition, as well as Bruton Parish Church and the Raleigh Tavern.

There are three housing choices when you call Norfolk home. You can choose to live on base, off base, or out in town. Contact the Housing Services Office as soon as you receive orders to Norfolk to find out more about wait lists times and what to expect when you arrive.

Schools Near Norfolk, Virginia Naval Base

Students who live on base are eligible to attend Norfolk Public Schools. Off-base mil-kids can attend Chesapeake, Portsmouth, Suffolk, or Virginia Beach Public Schools, depending on where you live. Norfolk also boasts an impressive array of private schools in the area.

Be sure to bring immunization records, birth certificates, and proof of a physical exam when enrolling your children in school.

Is Norfolk naval base the biggest in the world?

Can you visit Norfolk naval base?

Yes, but if you do not have a valid military ID, you will need to stop at the Pass and ID Office to gain base access.

What ships are at Norfolk Virginia Naval Base?

Where Should I Live Near Naval Station Norfolk?

The neighboring communities of Chesapeake, Hampton, Newport News, Norfolk, Portsmouth, and Virginia Beach provide housing, employment, and other services for Naval Station Norfolk military families. The region’s cost of living is higher than the national average.