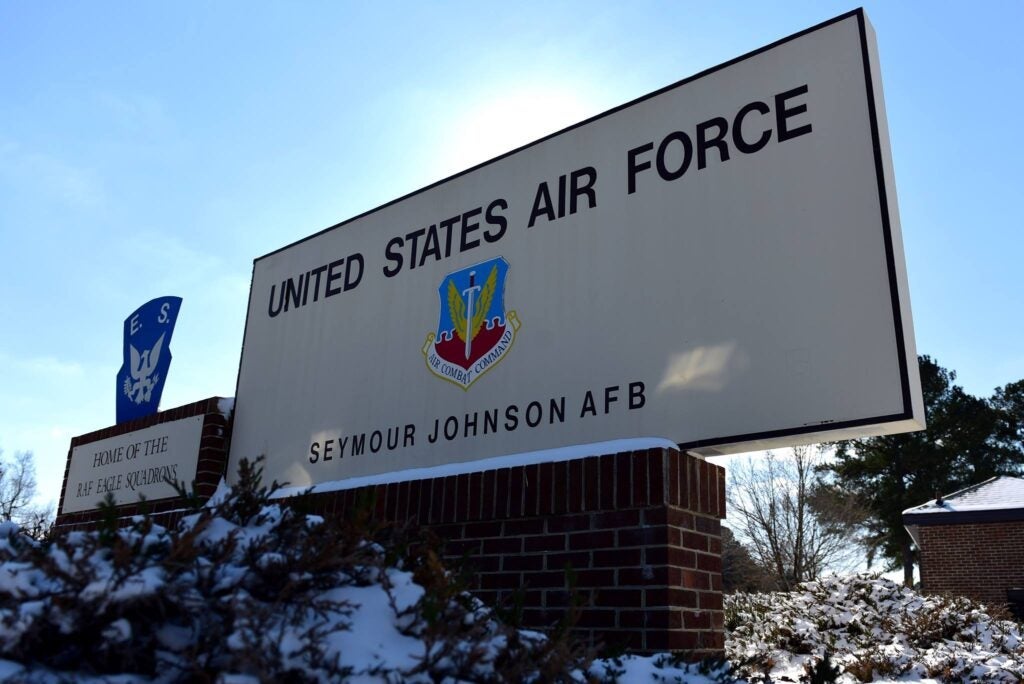 Air Force bases across the country and around the world are generally named after airmen or their geographic location. For example, Maxwell Air Force Base, Alabama, (formerly Maxwell Field when it was under Army control) is named for Alabama native 2nd Lt. William C. Maxwell who died on active duty in the Army Air Service, a predecessor of the Air Force. Meanwhile, Minot Air Force Base, North Dakota is named after the nearby city of Minot. One Air Force base in particular stands out though. Seymour Johnson Air Force Base is, in fact, named after a sailor.

Located in Goldsboro, North Carolina, the base is named after Navy Lt. Seymour A. Johnson. Born in 1904, he was a Goldsboro native. Johnson attended Goldsboro High School and studied for three years at the University of North Carolina at Chapel Hill before entering the U.S. Naval Academy. He graduated from Annapolis and was commissioned as an ensign. Following flight training at Naval Air Station Pensacola, Florida, Johnson earned his Wings of Gold in 1929. He flew from both battleships and aircraft carriers during the inter-war period.

In 1937, Johnson volunteered to serve as a test pilot. The highly dangerous assignment usually only lasted two years. However, Johnson reported to Naval Air Station Anacostia, Washington, D.C. in 1938 and served there into 1941. On March 5 of that year, Johnson flew a Grumman F4F-3 Wildcat fighter plane up to an altitude of 43,000 feet. At that altitude, he reported that he was getting low on oxygen.

Tragically, Johnson’s Wildcat crashed soon after near Norbeck, Maryland. A subsequent investigation determined that his death was the result of a lack of oxygen at high altitude. Johnson logged over 4,000 flight hours and had been selected for promotion in June 1941. He was buried at Arlington National Cemetery.

In August 1940, the airport near Goldsboro was designated as essential to national defense by the War Department. Later, in the December, $168,811 was authorized to build an Army Air Corps Technical Training School there. After Johnson’s death in March 1941, local officials began a campaign to name the installation after the fallen local aviator. On October 30, 1942, the facility’s name became official. “The Army Air Forces Technical Training School in Goldsboro had been named Seymour Johnson Field,” Congressman Graham H. Barden informed the Goldsboro News-Argus. Following the creation of the Air Force, the installation was redesignated Seymour Johnson Air Force Base.