King Charles III is a qualified sailor, pilot, parachutist and commando - We Are The Mighty 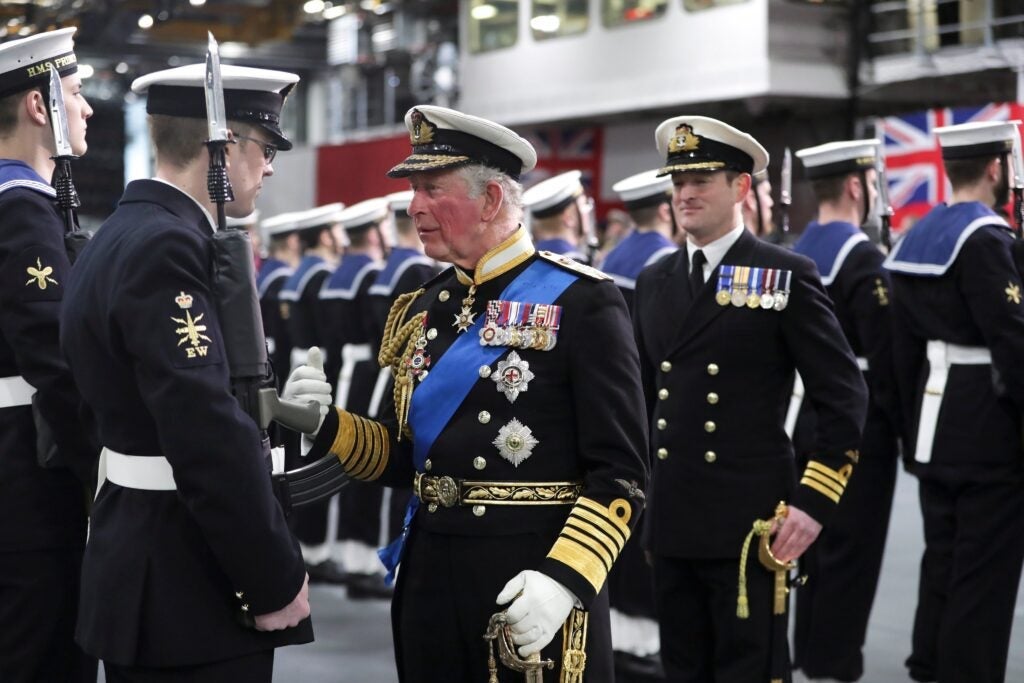 Following royal tradition and in the footsteps of his father, grandfather and two great-grandfathers, King Charles III served in the Royal Navy as well as the Royal Air Force. Appearing in uniform and decorated with various awards and medals, King Charles’ military career may appear to be for show. Although he did not serve in a combat zone like his son, Prince Harry, the King’s extensive and rigorous military training prove that he is more than just a ceremonial figurehead.

King Charles began his military career in March 1971 with a four-month attachment to the RAF at Cranwell, Lincolnshire. On March 8, he flew himself to RAF Cranwell to train as a jet pilot. In his second year at Cambridge, then-Prince Charles requested RAF training. He flew the DHC-1 Chipmunk trainer aircraft with the Cambridge University Air Squadron. On July 29, Charles made his first parachute drop from a Hawker Siddeley HS 780 Andover military transport into Studland Bay, Dorset. In September, after the passing out parade at Cranwell, he began his naval career.

Charles attended a six-week course at the Britannia Royal Naval College, more commonly known as Dartmouth. His initial naval education was followed by service aboard the guided-missile destroyer HMS Norfolk from 1971-1972 and the frigates HMS Minerva and HMS Jupiter from 1972-1973 and in 1974, respectively. After finishing this time as a surface officer, Charles returned to the air and qualified as a helicopter pilot at Royal Naval Air Station Yeovilton. He joined 845 Naval Air Squadron which operated from HMS Hermes. On February 9, 1976, Charles took command of the minesweeper HMS Bronington until he left active naval service in December of that year.

In 1974, then-Prince Charles further expanded his naval education with the Royal Marines. He attended the All Arms Commando Course at the Commando Training Centre Royal Marines, Lympstone Devon. The intense 13-week course is open to any of the UK’s service members and overseas exchange personnel. However, its challenging nature requires a four-week preparation course and it is not open to new recruits. The training includes amphibious assault drills, cliff assault drills, helicopter drills, and a week-long final exercise known as “Test Week.” Graduates of the AACC earn the right to wear the coveted green beret and the Commando Dagger on their uniform.

On June 11, 1977, as the Prince of Wales, Charles was appointed as Colonel in Chief of the Parachute Regiment. While he had conducted a parachute drop during his pilot training, the Regiment’s new Colonel in Chief was not a qualified parachutist. Charles reportedly felt that he could not “look them in the eye” or wear their prestigious red beret and Para Wings unless he completed the training himself. “I felt I should lead from the front or at least be able to do some of the things that one expects others to do for the country,” he told his biographer, Jonathan Dimbleby. In 1978, Charles attended Parachute Course 841a at RAF Prize Norton and earned his red beret and Para Wings.

Charles maintains close ties with the Paras, attending a medal parade in 2011 and the presentation of new colours in 2021. He has also been promoted to the rank of Admiral in the Royal Navy, General in the Army, and Air Chief Marshal in the RAF. Now, as King, Charles serves as the head of the British Armed Forces.