WATCH: The 5 worst Army duty stations - We Are The Mighty 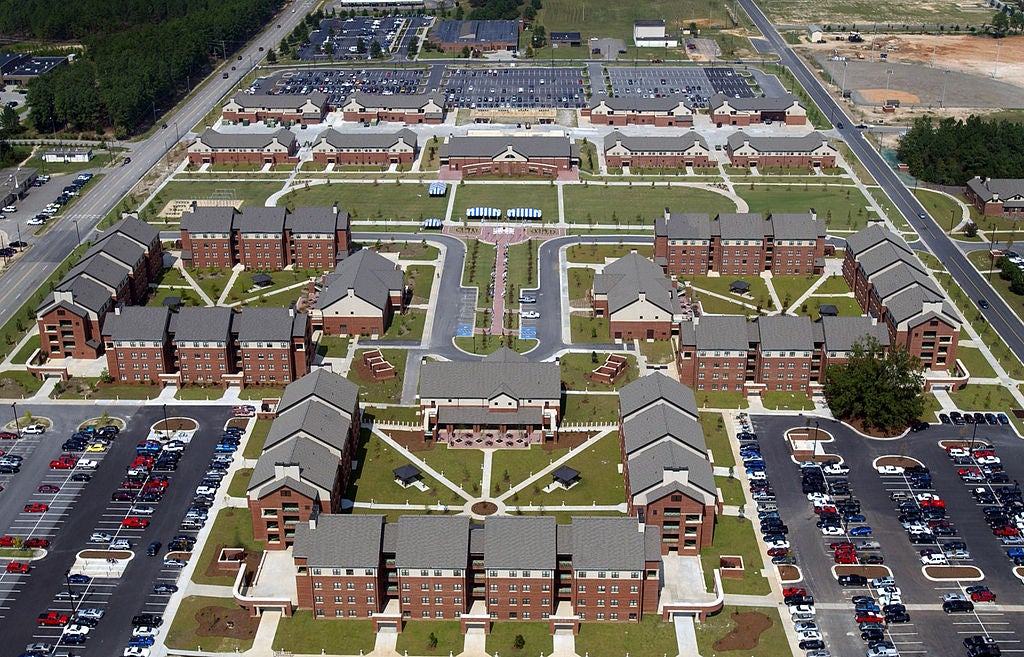 Experiences on Army bases can fluctuate. Not only does it depend on what kind of attitude you have going in, but we all know command climates can make or break a post. That said, there are some installations that are just the worst. And these five are often cited as just that. So, sorry if a PCS to one of these posts is on your horizon this summer, but hopefully, you’re a seasoned enough service member or spouse to know that blooming where you’re planted is half of the challenge of any military move.

This video walks you through the five worst installations that might be a part of your upcoming PCS.

Don’t have time to watch the video? Here are the highlights!

If you love property crime and sketchy bars, you might love Fort Bragg in Fayetteville, North Carolina! Ft. Bragg is right in the middle of town, making it confusing to enter and exit. It is also not a fun area in terms of recreational activities or nightlife. Bragg has some interesting aspects to it. There’s a decent collection of museums like the 82nd Airborne Museum and War Memorial. Fayetteville has a neat Airborne and Special Ops Museum too that’s worth the drive. But generally speaking, an assignment to Bragg is one of those chapters of a military life that’s best dealt with by grinning and bearing it.

Vehicle theft and ungodly heat make Fort Bliss in Texas a real treat! El Paso is known for high crime rates, partly thanks to the fact that it’s a border city with Mexico. Things like vehicle theft are all too common, so make sure you don’t leave any gear in your car.

There’s a decent zoo and a fun scenic drive. But those entertainment experiences probably won’t hold up to a two-year assignment. And not to scare you, but right across the border in Mexico is Juarez. You might know it as the the fifth-highest murder rate in the world per capita.

All in all, these factors don’t create a great vibe for Fort Bliss. Making it even less appealing, the sandstorms in the area make matters even worse. At least the installation tries to make up for it by having the largest Exchange in the Army right on post. Not sure if that’s much of a consolation but it’s at least something.

Fort Drum in the state of New York has a bad reputation for freezing weather with a lot of snow. So, if you’re a fan of cold weather and you have a solid supply of cold-weather gear, you’re probably going to love being at Drum.

And, since it’s the land of snow and ice, it makes sense that Drum is the home of the 10th Mountain Division. But if you’re like the rest of us, the idea of being cold is not at all appealing. Making it even more frustrating is there isn’t much to do on post, so you’ll have to head out to Canada or explore Niagara Falls for some R&R. The unfortunate thing is the heavy snow can easily get in the way of doing much of anything. Womp, womp!

If you like being in the middle of nowhere, then Fort Irwin is the place for you. Fort Irwin is in the middle of the Mohave Desert in California. Don’t expect much in terms of things to do around the installation. In fact, the nearest town is Barstow, which is 27 miles away. With even a little bit of traffic, it takes around 45 minutes just to get off post and do something fun. A lot of soldiers stationed at Fort Irwin don’t like it because one of their primary duties is supporting NTC rotations. And everyone knows that life at NTC is fun for about 10 seconds. Making it even grosser is the incessant desert heat and the elevation. Temps can reach over 100F and the elevation is nearly 750 meters, making this a difficult assignment all around.

Like Fort Irwin, Fort Polk is in the middle of nowhere, Louisiana. It’s located in Vernon Parish about 10 miles east of Leesville. Don’t worry if you’re never heard of Leesville – most of the country hasn’t, either. This Joint Readiness Training Center offers a ton of JROTC training, so don’t be surprised if you see some youth roving around the installation. The location in humid Louisiana also means there are a lot of bugs and mosquitoes, so get your bug spray ready. Soldiers who have experienced Fort Polk first-hand have compared it to a prison. This makes sense because, during World War II, it was used as a POW camp. Polk is on the list of installations to be renamed in the coming years but even a name change isn’t going to change the experience.

Okay, so none of these installations are very exciting. But just like everywhere else that the military plants you, a lot of what a duty assignment is making the best of where you are. So don’t despair if you’re looking down a few years in the land of snow or ice or if you’re heading out to Irwin. Lean on your local community, find your friends and spouses, and you’ll make the most of it.