Special Forces veteran uses terminal illness to save others 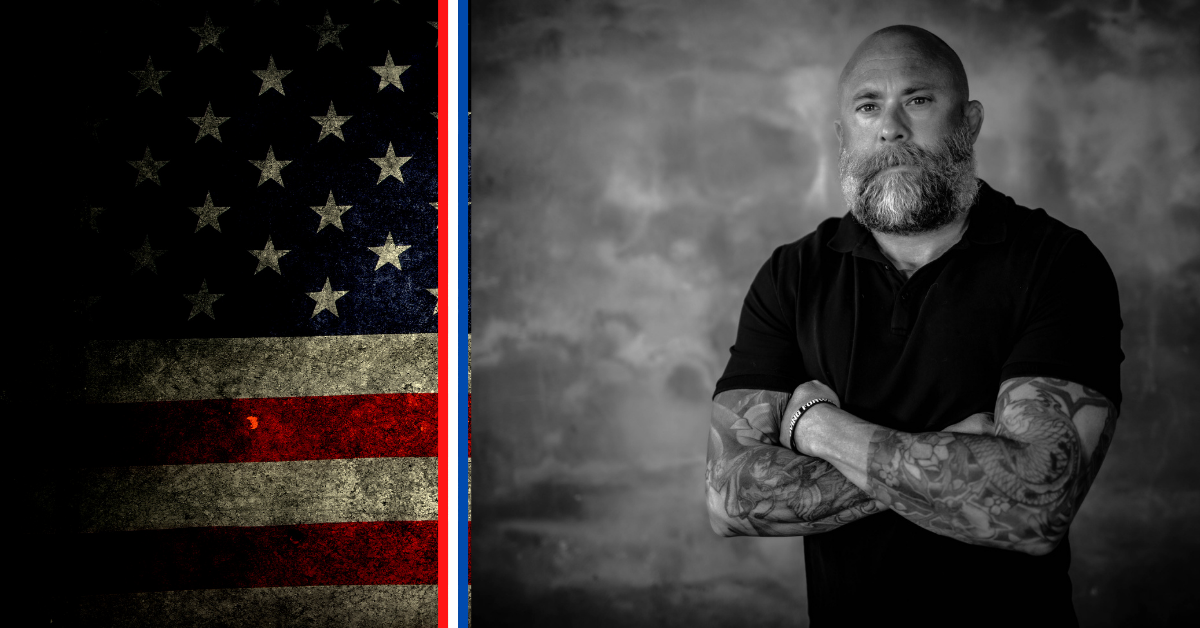 Before he was a quintessential-de-facto Captain America, Cathers was a young boy, raised by a strong father after a messy divorce. “My father was a cop but he also served in the military during Vietnam. He actually volunteered to go and stayed in from 1960-1964,” he explained. “Growing up I loved sports and tried out for anything athletic. I was the original ADD kid, I was just a force to be reckoned with, especially for teachers. I couldn’t sit still, I always wanted to do something physical.”

Despite being a part of the gifted programs, he was kicked out for being too much of a distraction. Cathers fell in love with running, starting in 8th grade all the way through high school. “People always tried to get to the root cause I was just trying to find a funnel or channel for my energy,” he added.

With his constant movement, the later years of high school were full of trouble. As a matter of fact, he was even arrested by his own father toward the end of it. “I was on the front page of the newspaper for it and it was embarrassing,” Cathers shared.

When he graduated from high school, his dad gave him three options: Enlist in the military, get a job or go to college on his own dime, because he wasn’t paying for it.

Cathers enlisted into the Army for six years, making his start in aviation. After a few years he was ready for more and was seeking what he deemed a challenge. Though he tried the Ranger route, it was shut down because he wasn’t in a combat MOS. But he could try for his Green Beret.

“I trained like a madman, I was rucking like, up to 18 miles with 100 pounds, which is not recommended,” he laughed.

After making it through the extensive selection process, Cathers headed to Airborne School enroute to the Q course. “I was selected to be 18 Bravo which is a special forces weapons sergeant,” he said. Making it through was a challenge like no other. “All the vernacular was completely foreign to me, I had no understanding of how to manipulate and move like a fire team. I was completely green. So the physical aspect I did really well in the mental aspect, the stress, but like the academic aspect, I had a lot of catching up to do.”

But he never quit.

Cathers made it through and earned his long tab. From there he headed to language school to pick up French, since he was being assigned to 3rd Special Forces Group. His first and second deployments would take him to Africa, doing work with counter poaching. Though his first trip was uneventful, the second led to his team being ambushed.

After the ambush which led to an hours-long standoff, he said he knew it was time to step away from the military. “I really wanted to do more. It seemed like we were just doing a lot of foreign internal defense missions. I got out and decided to go to Physicians Assistant school,” Cathers said.

“I was going to take a biology test one morning and I was getting my hair cut. And while I was in the chair, I saw the first plane burn into the towers. And I knew straight away that it wasn’t an accident,” he said.

As Cathers saw the second plane hit followed by the attacks on the Pentagon and the plane hitting in Pennsylvania he only had one thought: I’ve gotta go back in.

His old team sergeant said it would take too long for him to process back in, that by the time he finished the war would be over. Later on, he received a call from a good friend of his that had gone through special forces training alongside him. That friend had left the military for the CIA and was already in Afghanistan.

After making it through the extensive vetting process and training, it was official. He was one of the first 10 agents in Iraq just after the invasion. Cathers would go on to be a paramilitary Global Response Staff contractor with 12 deployments to Iraq, Afghanistan, Palestine and North Africa. During that time he’d walk away from two close calls with IEDs.

While he was in Israel years later, Cathers invested in a start-up armored vehicle company with that same friend, Ron, who’d convinced him to join the CIA. “I was looking for an exit strategy because I knew I couldn’t be gunslinging forever,” he added.

It led to a decades-long and highly successful business venture. But all of that couldn’t mask the struggles with PTSD he’d been fighting with prescription pills and alcohol. After his own marriage ended, Cathers couldn’t see a way through. “2011 was the first time I attempted to commit suicide. I had my pistol in my hand and the doorbell rang. It was my buddy Ron outside with his bags. He must have known I wasn’t going to hold on much longer,” he shared.

Unfortunately, it wouldn’t be the last time Cathers would face suicide ideation or further attempts. “A lot of guys in my generation. It’s like, ‘Hey, man, you don’t talk about your feelings.’ You just grin and bear it and that’s how I grew up. But now I’m an open book,” he explained.

Cathers remarried to his beautiful wife Jenn and began his own path of healing. A decade later he started feeling pain in his hip that wouldn’t go away. It would lead to extensive surgeries and the diagnoses of advanced bone cancer, with a 29% survival rate past five years.

All the while he was watching more friends commit suicide and navigating a global pandemic which restricted his access to treatment. Despite the grim outlook for his own future, Cathers started thinking about legacy and finding a way to use his life, whatever was left of it, for good. His cancer diagnosis would ultimately push him into finally seeking mental health support.

With veteran suicide being on his heart as he navigated his own counseling sessions, he decided to go all in on making a documentary to help prevent any more friends from dying.

“The whole purpose was to raise awareness for the epidemic of veterans suicide and destigamatize it,” he said. “If you’re in a community, you need to be serving that community. When times are good or times are bad. You know right now, even though I’m stage four, and I’m going through a lot of physical and mental anguish – I just need to be there for these guys.”

Brothers Keeper will take viewers behind the curtain and through the intimate lives of several veterans battling suicide. Through these stories Cathers and his partner, Daniel Beatty, hope to save lives. The project has been entirely self-funded to this point and the men are in the process of turning Brothers Keeper into a 501(c)3 nonprofit organization. Donors can support the finishing of the documentary and any funds raised over those costs will go directly into veteran suicide prevention.

“The bigger my sphere of influence is, the more people that I can touch, the more lives we can potentially alter or save,” Cathers said. “I’m trying to be a steward. I want to put my time, the time that I have left, to good use to help people.”

To learn more about Brothers Keeper and how you can support this project, click here.