The heavy history of Navy anchors on the high seas 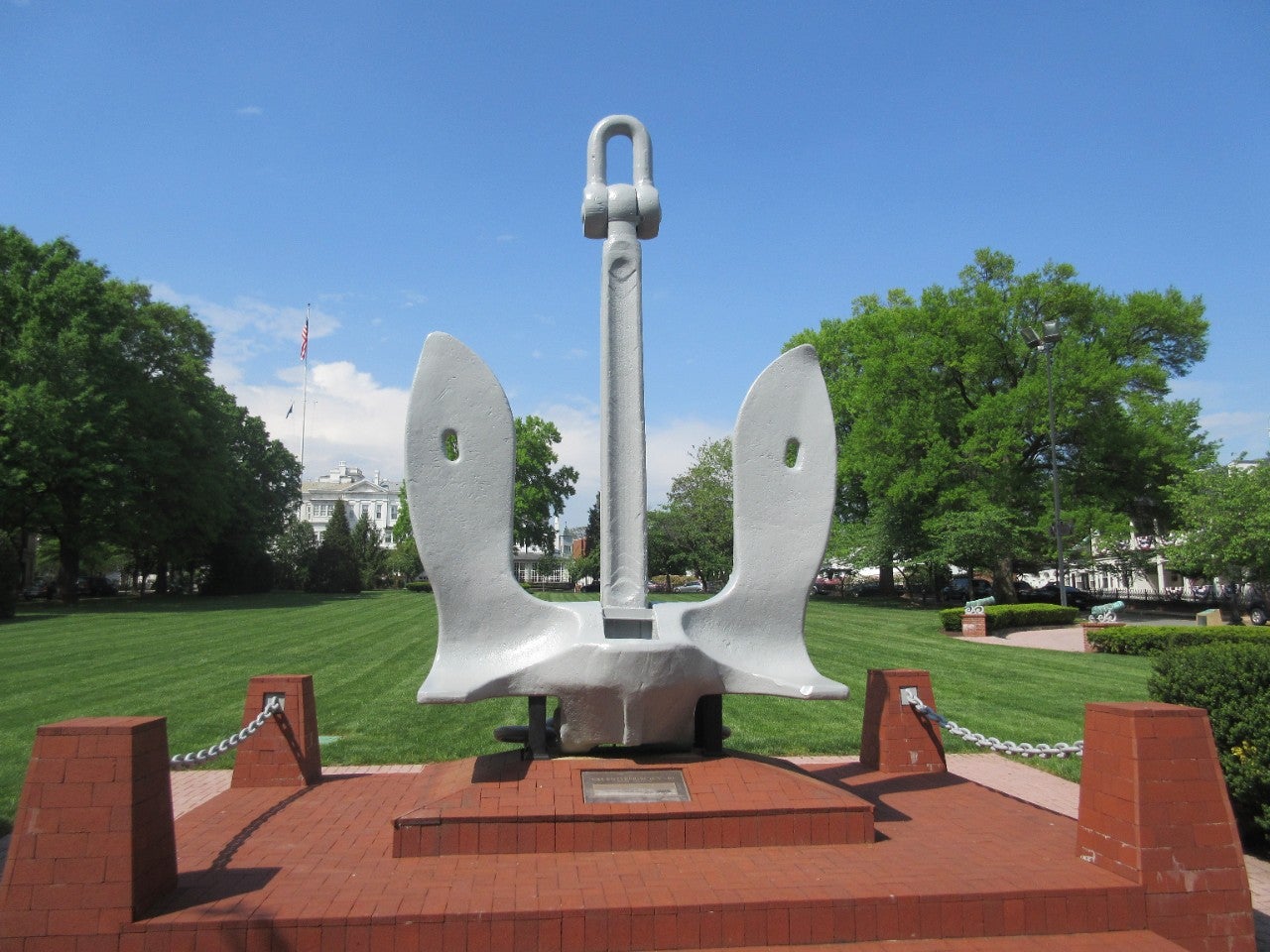 One ship’s anchor from USS Enterprise (CV-6). This is a standard US Navy stockless anchor. It is all metal and painted grey. Its estimated weight is 25,000 pounds. (history.navy.mil).

Securing a Navy ship to the dock is always a challenging task, and anchors are usually used to lock a vessel in position. The entire equipment related to anchoring is known as a ground tackle. It consists of the anchors themselves, the windlass utilized in weighing the anchor, particularly lifting them on board, and the chains used to link the anchors to the vessel.

An anchor is a kind of hook that inserts itself into the sea bottom, and it was distinctly used on the high seas during the war. The Navy anchors are made of steel with parts that include the body called a shank, and flukes, which are the teeth that essentially bite into the sea floor. Navy anchors with an older design were pattern anchors with a stock, specifically the crossbar, which was crucial in stopping the navy anchor from lying flat, making it easier for the flukes to bite into the bottom.

A hawsepipe acts as a channel for the anchor chain, coming from the main deck to the exterior surface of the ship’s body nearer to the water. Nowadays, modern navy anchors are kept in the lower end of this pipe. The Navy anchors have extended stocks and various flukes and arks. Navy anchors are most suitable in rocky bottoms, heavy weeds and grass. However, they are not great in loose sand or mud since the flukes cannot bite in.

Navy anchors functioned differently from other anchors since they were not burying anchors as one arm was exposed while the other was embedded in the sea bed. Usually, Navy ships used during the war were massive vessels since they relied on weight for most of the holding control. The Navy was aware that whenever a storm rises upon a ship at sea, the waves and wind could threaten it to sink. As such, there was a need for something that would hold them grounded and safe.

An anchor is dropped from the front, known as the bow, to secure it to the solid bottom if the storm upsurges. The anchors kept the bow pointing into the wind as the ship safely pivoted around it, stopping it from sinking. Whenever the vessel experienced a storm at sea, the navy captain could deploy a sea anchor.

An anchor can be likened to a parking brake in a vehicle used to dock or position a vessel in the anticipated location for a specific amount of time. This is done so that the ship does not veer or drift away because of the several environmental elements such as currents, waves, or winds that are regular in an ocean environment.

Advancement and development in metallurgy enhanced the development of improved shapes for compact, efficient, and durable anchors that would meet and satisfy the needs of the Navy.

Navy anchors continuously evolved since there was a need to ensure that the anchors could balance fast and quickly in case of an attack from enemies where the Navy would need to flee or get ready for battle. Navy ships later abandoned the stock anchors since they were tedious and problematic to stow.

Presently, the Navy anchors with chain and appendages, particularly of the welded kind, for the current ship structures, and substitutes die-lock chain as compulsory for back fit. Notably, all links are studded in that a piece of steel is placed at the center of the links. These studs stop the chain from kinking and the links from thrashing on close ties lying beside.