‘Greatest Beer Run Ever’ trailer based on crazy true story 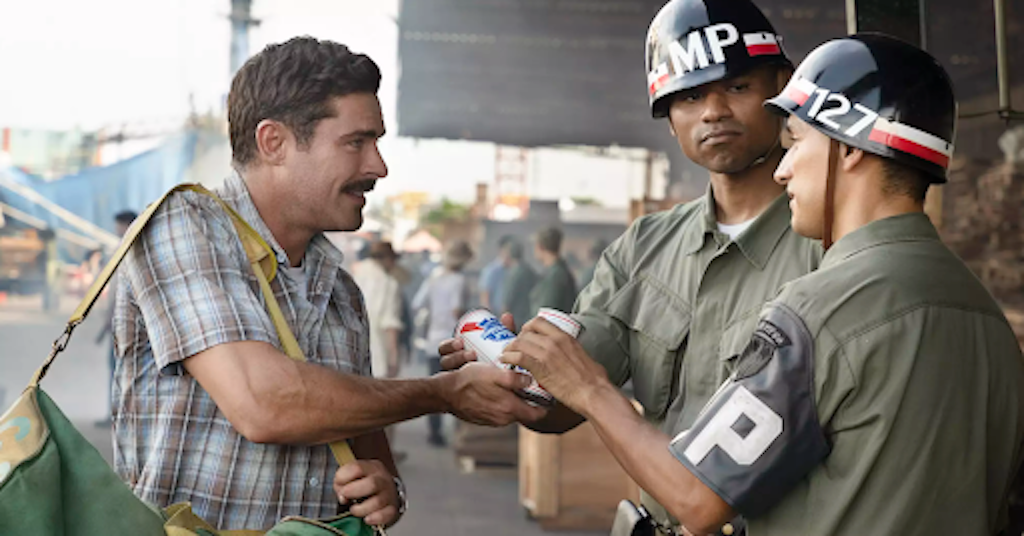 More than 11,000 American troops would die fighting in the Vietnam War in 1967 alone. The largest airborne operation since World War II happened in February, 1967. The 1st Marine Division was engaged with the Army of North Vietnam and the U.S. Army was chasing down Viet Cong south of the DMZ.

Oh…it was also the year John “Chickie” Donohue set out to get a few beers to his best Army buddies — while they were fighting in Vietnam.

Now, Donohue’s epic beer run will be a feature film starring Zac Effron as the man himself. Check out the first trailer:

Apple TV+ dropped the first trailer for the upcoming war comedy, which also stars Russell Crowe and Bill Murray. In it, we see Effron’s Donohue leave the safety of New York to track down his Army friends serving in Vietnam and bring them beers to show that they have support back home.

Donohue had already served four years in the Marine Corps and was working as a sandhog — a kind of miner — for the city of New York. He was a native of Inwood, a Manhattan neighborhood at the very northern tip of the island. As 1967 progressed, he saw many, many funerals of Inwood natives who were killed in Vietnam. Meanwhile, he grew sick of anti-war protestors who criticized troops who were sent there.

One day, Chickie Donohue was at his local watering hole when the bartender remarked that troops over in Vietnam deserved a pat on the back and a cold beer. Donohue agreed. He agreed so much that he took a gig as a merchant seaman on a ship taking supplies and ammunition to Vietnam. He packed a bag and a supply of beer and set sail.

Right off the bat, the trailer seems to do a great job of capturing the balance of military service — shenanigans, reckless kids, and the horrors of war.

Based on the New York Times bestseller The Greatest Beer Run Ever: A Memoir of Friendship, Loyalty, and War by Donohue and J.T. Molloy, the film is directed by Peter Farrelly (Green Book), who also co-wrote the script with Brian Currie and Pete Jones.
The Greatest Beer Run Ever will debut in theaters on Sept. 30, following its world premiere at the Toronto International Film Festival. It will also begin streaming on Apple TV+ the same day.