Why the Atlantic Gap was so deadly early in WWII 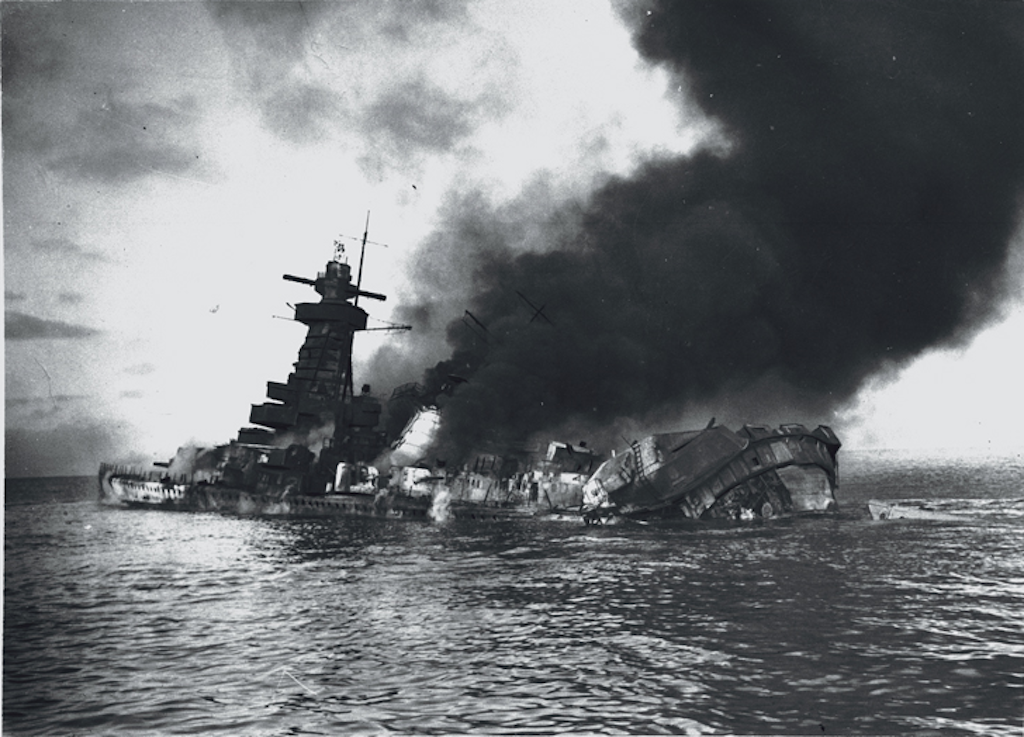 Admiral Graf Spee shortly after her scuttling in the Atlantic.

One of the most important battlefields of WWII was under the sea and brine of the Atlantic. Without a decisive victory, the Americans could not resupply the British with gear. The Enigma Code had not yet been cracked, radar was not yet designed for aircraft, and Hitler’s U-Boats were terrorizing the frozen seas. Establishing and protecting shipping lanes did not only depend on the success of the Armed Forces but also a massive personal risk to the civilians sailing under an Allied flag. The Nazi menace used Rudel Tactics to exploit the fear created by the dark spots on the map and descended on unprotected convoys. This is how America secured the Atlantic Gap, making the liberation of Europe a reality.

The Allies welcomed the arrival of the Soviet Union in June 1941 but this new friendship came with strings attached. The coast of Norway is littered with danger. However, the technology limitations of the time also affected the Reich. Nazi U-Boats only surfaced during the evening and fortunately for the civilian sailors they would benefit from months of blacked out sky. Time was not on the side of the Allied civilian ship captains who knew that in a short period of months they would be exposed to 24 hour daylight as well. The Nazis have artillery and air support to cover the shipping lane from Iceland to the Russian ports of Murmansk and Archangel.

Each convoy was designated a code name such as PQ and a subsequent number. The initial Allied strategy was to send lightly defended or unarmed convoys in unpredictable sizes and departure dates. The shipping lane also had its own dangers in the form of natural barriers and inclement weather. For example, in the case of convoy PQ 14, 25 merchant with 40 escorts ran into sheets of ice that caused catastrophic damage to their hulls and forced 16 of them to return to Icelandic ports.

By the spring of 1942, the British outlook on the war was dire: Field Marshal Rommel was putting up a fierce fight in North Africa, Admiral Donitz‘s U-Boats, were sinking allied shipping by the ton in the Atlantic, and the Soviets had the man power but not the resources to fight a prolonged war. The Americans, British, and Canadians were spread thin and casualties were mounting. By the end of the war, this Arctic route would claim 85 merchant vessels, 16 destroyed Royal Navy ships and over 3,000 Allied servicemen paid with their lives to deliver the much needed supplies to war torn Europe.

By the end of the war Germany had built 334 U-boats and had 226 under construction. The peak U-boat strength of 140 was reached in October 1917, but there were never more than about 60 at sea at one time. In 1914–18 the destruction—more than 10,000,000 tons—caused by the U-boats was especially remarkable in view of the small size (less than l,000 tons), frailty, and vulnerability of the craft.

The Atlantic Gap also had several other names such as the Air Gap or the Black Pit. The name came from the lack of air cover that could be provided by the Allied coasts due to range of the aircraft at the time. The Donitz’s U-Boats exploited this weakness to maximum effect. Under immense political pressure from it’s allies, the United States needed a solution. This war of attrition was not going to plan and we needed to stop the bleeding. At the outset of the battle of the Atlantic, Hitler’s U-boats sunk 430 Allied ships carrying over 852,000 tons of shipping. That was only in 1917. By the end of the war the Atlantic claimed over 72,000 allied souls and 30,000 Germans.

Compared with their World War I counterparts, submarines now exhibited greater speed, more effective weaponry, sophisticated detection technology and great versatility, and could pursue their victims rather than just lying in wait.

Nazi U-Boats were so effective in the war that they were even used to harass and sink U.S. ships within our own coastal waters. The American war machine developed long-range planes such as the B-24 and equipped them with the Magnetron No. 12.

Once the Allies had successfully out tech’d the Nazis, the tide on both Pacific and Atlantic theaters changed. The Imperial Japanese, much like their Nazi European counterpart, relied on the element of surprise. Code breakers such as Allan Turing and Elvin Urquhart were able to crack the Enigma and JN25 encrypted messages allowing the Allies to anticipate and neutralize incoming attacks. A few minutes warning is the difference between aircraft in the sky or massacred on the runway. Precious seconds and minutes could provide a ship captain enough warning to evade or even counter attack a U-Boat. Success is amplified with the American Production Miracle and superior U.S. logistics that flooded Europe with troops and supplies. Sailors and civilians took on great person risk early in the war, accepting that they would most likely die in the attempt, to transport as much cargo as possible through the Atlantic Gap. It is a testament that when the population is unified under a common cause nothing is insurmountable.