Dive bombing was way more dangerous than you ever realized

Why dive bombing is way more dangerous than you ever realized 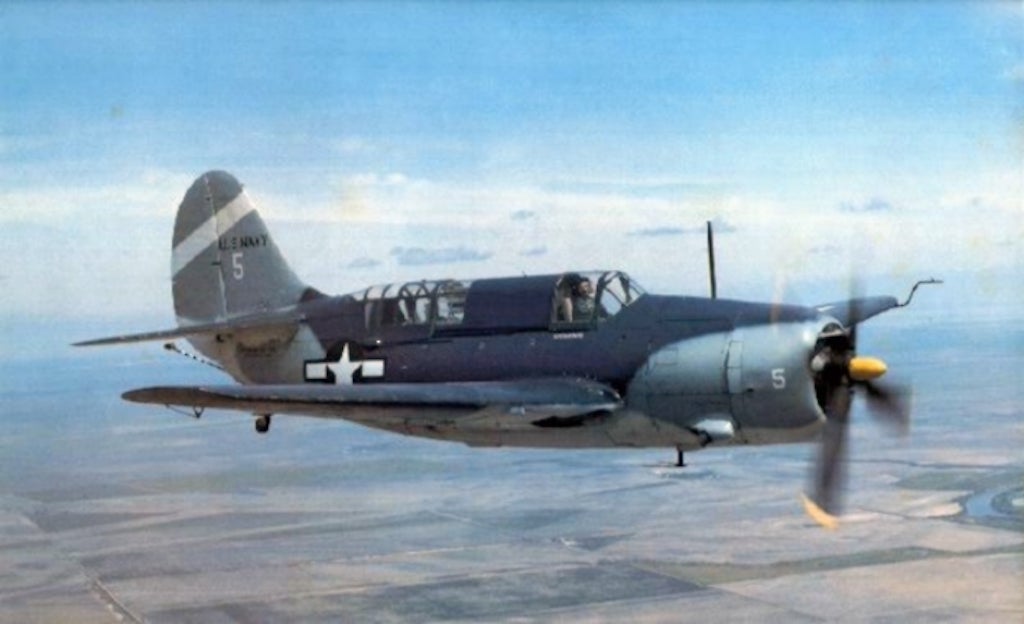 A Curtiss SB2C Helldiver in tricolour scheme and tail markings for Bombing Squadron 80 (VB-80), which operated off the aircraft carrier USS Hancock (CV-19), in February 1945.

Anyone have a favorite dive bombing movie scene? Hollywood loves to play up the dangers of drama of any type of fighting. Anyone who has thrown a grenade knows that it doesn’t blow up like the barrels of oil and diesel used in special effects. Machine gunners almost never hold down the trigger. Most battlefields are actually empty space, with little of the packed together action common in movie scenes.

Dive bombing is an exception

But dive bombing, like bayonet fighting or urban warfare, is so crazy and dangerous that directors can impress the audience while showing exactly what it actually looked like. Planes screamed toward their target as flak and automatic weapons fired. Then, they darted away as the plane nearly skimmed against the ocean.

The issue for real-world pilots came down to physics. Bombers couldn’t hit a moving target accurately with most World War II-era tools. Dive bombing made this easier by having the pilot point the entire plane at the target, fly close, and then release it.

But the tactic created new dangers for the pilot and, in many dive bombers, the rear gunner. First of all, dive bombing required a steep angle of attack. Most commercial planes today land at an angle of about three degrees. Dive bombers were routinely tasked with attacking at over 60 degrees. The Navy’s SBD Dauntless, famous for sinking multiple carriers in just minutes at the Battle of Midway, called for a 70-degree angle of attack, nearly perpendicular to the ground.

So think of the last time you landed in a plane. Okay, increase the angle to 23 times more steep than you experienced. And imagine you were falling at 276 miles per hour. Rear gunners floated in their harnesses, weightless, as they stared at the plane behind them in the attack.

It took 30-40 seconds for the planes to dive from their approach altitude of 8,000 feet down to the bomb release point of 2,000 feet. For 30-40 seconds, the pilots and gunners followed a set path as every gun on the target plane that could elevate enough to attack them did. The anti-aircraft gunners on nearby ships would also open up on the dive bombers.

Finally, at 2,000 feet or so, they would drop their bomb. And then they had to immediately pull out of the dive without breaking up their plane. Pull up too quickly and the plane would experience over 6 Gs of force and break apart. Too slowly, you get your own little patch of the Pacific for all eternity. Pull up perfectly and…you would find yourself basically skimming the sea at only 500 feet.

You immediately have to find an escape route out of the enemy fleet, dodging masts and anti-aircraft fire while their fighters attempt to down you before you can regain altitude and the maneuverability that comes with it. Oh, and your dive bomber is less maneuverable and carries less ammo than the fighters chasing you.

But dive bombing was also effective

So why did anyone do it? Well, dive bombing was arguably one of the most impactful jobs of the war. Pearl Harbor Aviation Museum said of the Navy’s top dive bomber:

In terms of both numbers and impact, the Douglas SBD Dauntless was America’s most important naval aircraft during the first critical year of the war…As dive bombers, they conducted high-payoff, high-risk attacks on Japanese shipping and land targets. In the four critical carrier battles during the first year of the war, Dauntless did most or all of the damage to the Japanese fleets.

Drastic improvements in aerial rocket technology reduced the necessity of dive bombing during the war. In modern aviation, computers allow for accurate drops without requiring the pilot point the plane at the target. Dedicated dive bombers were largely left behind after World War II. But smaller, less technologically advanced aircraft still use dive bombing to support ground forces today. The OV-10 Bronco, first developed for U.S. Navy use in Vietnam, dive bombed ISIS-affiliated fighters in The Philippines in 2017.