How ancient Greek doctors healed wounded troops - We Are The Mighty

This is how ancient Greek doctors healed wounded troops 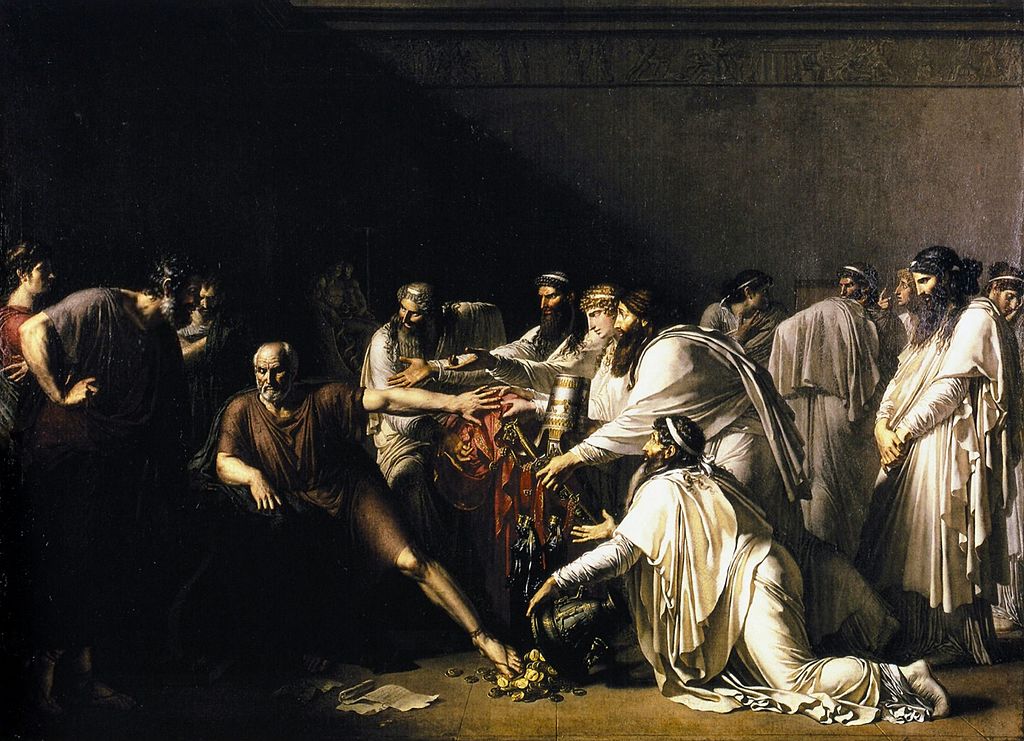 Illustration of the story of Hippocrates refusing the presents of the Achaemenid Emperor Artaxerxes, who was asking for his services. Painted by Girodet, 1792.

Ancient Greeks made numerous contributions to modern medicine. In fact, a doctor’s vocabulary contains thousands of words with Greek roots, including paralysis, diarrhea, pancreas, and esophagus. One of the most influential doctors in classical Greece was called Hippocrates. Most Greeks believed that angry gods or demons caused diseases at that time. On the other hand, Hippocrates believed that natural causes of diseases could be explained by science. Doctors who studied his methods looked after their patients and did not use harsh or unnecessary treatments. Some doctors still swear the Hippocratic oath when they graduate from medical school, promising to help people and not harm them.

Like most communities from the medieval ages, the Greeks marched into battle to either defend their land or acquire it from others. War casualties were a usual sight; fortunately for them, the Greeks were knowledgeable in wound treatments. It is believed that military activity and sports motivated Greek doctors to seek better methods of healing their wounded. There were doctors specifically trained for war and would tag along whenever the troops marched into battle. These doctors had a duty to remove foreign materials from the soldiers’ bodies and manage treatable wounds. Whenever the soldiers were sick, they would also intervene.

Wounded troops were amongst the best approaches for a physician to study his craft and better understand the human body’s interior functioning. Besides, there was less chance that the troops would cause issues if something went awry, as may occur civilian side. Aside from medical issues that could have harmed people, such as starvation, thirst, frostbite, fever, and typhoid, doctors dealing with soldiers had to cope with wounds inflicted by blades, axes, projectiles, archers, and sling bullets.

To avoid hemorrhage, Greek physicians realized it was critical to control excessive bleeding rapidly. They didn’t know what a hemorrhage was then, but they had a vague understanding of what happened when too much blood was lost. The same doctors also felt that allowing patients to bleed a little before patching them up could aid wound healing, so they would sometimes let them bleed for a while. This was the first step in treating any kind of wound, regardless of the cause.

Greek doctors were spotted treating their wounded with warm water during the Trojan war. At that time, it was not clear why warm water was helpful because there was no vast knowledge about bacteria-infected wounds. Warm water helped clean the wounds and acted as a disinfectant, but it was not very effective. After some time, they integrated the use of warm salty water, which yielded better results compared to plain warm water. Whenever these were unavailable, the wounds would be burned using hot metal. This was a very painful process yet the most promising for survival.

Although several citations in literature to individuals being restrained during operation imply that anesthesia was uncommon, opium was used as a sedative in surgery. Operated wounds were then stitched using flax or linen thread, and the incision was wrapped with linen cloths or swabs immersed in water, alcohol, oils, or vinegar. Alternatively, herbs were utilized, and injuries could heal with egg white or honey. The significance of food, for instance, or the usage of herbs with anti-inflammatory qualities, such as celery, were also examined as post-operative treatments. Greek doctors gradually gained a fundamental understanding of human anatomy, aided by studying severely injured troops and animal dissection beginning in the 4th century BCE.