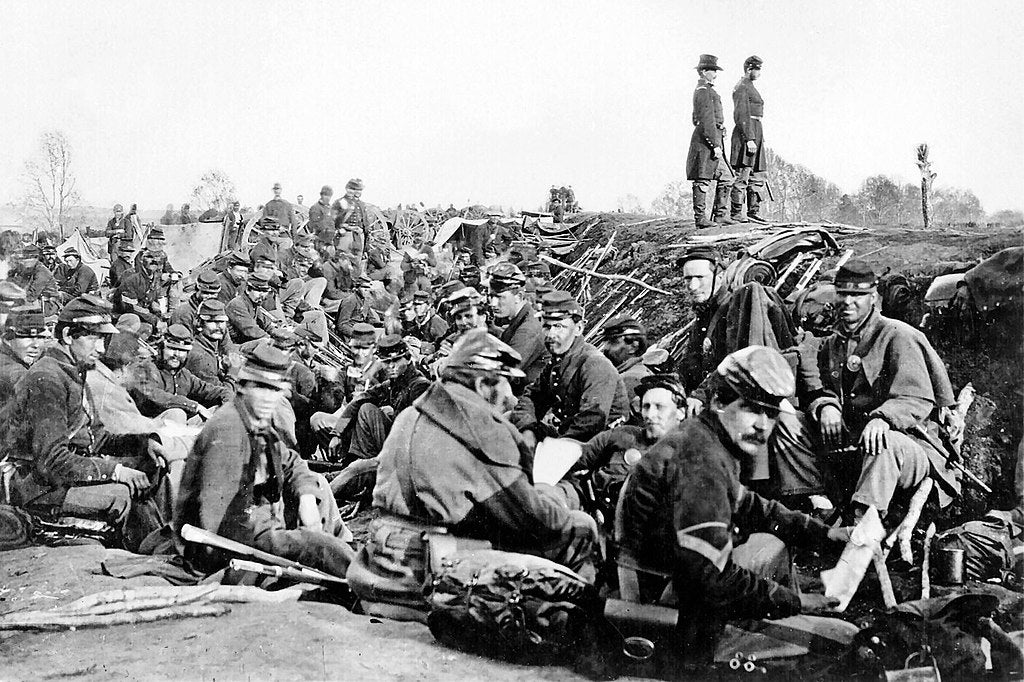 The uniform distinctions between the Union and Confederate soldiers were many, but the colors of their uniforms became the iconic identifier in Civil War lore. Simply saying “blue” and “gray” was enough to connect either side in both speeches and in stories, but it wasn’t always that way.

At the beginning of the Civil War, as states seceded, officers and soldiers alike chose sides, and the United States fully split into two, many on both sides still wore the Union blue. After all, no one is going to throw away a good pair of trousers just because they’re the wrong color.

At least, not back then.

Blue had been the uniform color of the United States Army since the days of the Revolutionary War. When the Civil War broke out in 1861, most troops in the Confederate Army still had their Federal uniforms, dyed in the blue of the Union. The U.S. Army wasn’t about to change but the confusion on the battlefield caused by the uniform meant the south had to make a change.

Even as the Battle of Bull Run marked the beginning of a long, bloody conflict, Confederate soldiers wore a mishmash of different uniforms. Some were provided by the Confederate government, others from their respective states. Some kind of uniformity had to be introduced.

After the Mexican-American War, the U.S. Army considered adopting a blue-tinted gray uniform made of cotton to replace the standard blue wool uniform in warmer weather. Since the Army couldn’t afford those uniforms, the idea was scrapped.

Local militias in the south, however, were responsible for procuring their own uniforms and adopted the proposed blue-gray cotton uniform because gray dye was plentiful in the south, and cotton was king. Using the warm weather uniform almost became a political statement of support for the south and supported southern states economically.

When the need arose to distinguish between the two sides (so they could stop killing friendly soldiers and shoot the actual enemy), the north kept its blue uniform while the south fully adopted the gray cotton version. It just made sense, economically and strategically.

Many of the other colors used on U.S. Army uniforms were also adopted for Confederate uniforms. This includes color differences in the facings and trims of their coats. Union uniforms featured red trim for artillery, blue for infantry, and yellow for cavalry troops. As the southern military tradition came from the U.S. Army, Confederate uniforms adopted these colors and meanings also.

As the war continued and the Union grip around southern imports and material production tightened, gray dye also became scarce. Confederate uniforms began to take another color, butternut brown. Southern butternuts had been used as a dye since the days of the Cherokee and homemade Confederate uniforms were sometimes dyed this color, especially when they started being made in southern homes. The light-brown hue became so prevalent toward the end of the war, rebel soldiers began to be referred to as “butternuts.”

In spite of the lack of gray toward the end, the gray of the Confederate Army became the distinctive color of the rebel forces for most of the Civil War. The Blue flighting the Gray is the image that has endured over the decades that have passed, as iconic as the idea of brother fighting brother.