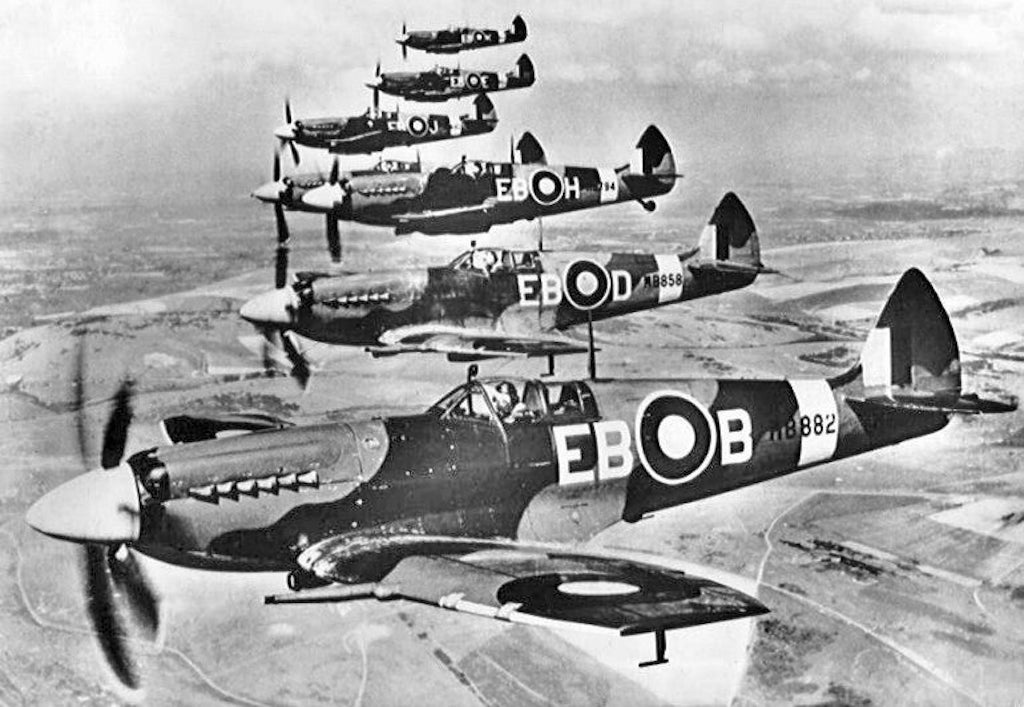 Two of the most dangerous jobs in World War II were pilot and aircrew. But some of the bravest RAF pilots over Britain would, in fact, be shot down and return to active duty in the cockpit the same day.

This feat was unique to the type of fighting that British pilots were doing early in the war. The Battle of Britain started in June 1940 and, for the rest of the year, British pilots fought a dogged defense. Every Luftwaffe loss bought the island nation a little more time. It staved the invasion off a little longer.

But it also came at great risk. The Royal Air Force lost over 1,400 men and 1,250 aircraft in the battle. The hardest hit was bomber command, but fighter command lost over 500 men.

Royal Air Force fighter pilots would often conduct multiple missions per day. RAF pilots flew a patrol or intercept against German aircraft in the morning, have a short break for lunch or tea, then hop back into fighters for an evening mission. The high operational tempo helps explain the high casualty rates.

But, after all, plenty of pilots survived a shootdown or crash. And that’s where it could get even more interesting. Since the battle was defensive, the pilots typically landed in friendly territory. They could ask the first Brit they saw on the ground for a telephone or car. Then they returned to their airfield.

And if they got back fast enough, they could still enjoy tea and make it back up for another mission that night or the next morning. Thomas Childers, a World War II scholar and professor at the University of Pennsylvania, says in his Great Courses lecture series on World War II that the records showed plenty of “British pilots who were shot down, bailed out, came down, were transported back to their units in the afternoon, and then were up on operations again the same day, or certainly the next day.”

German pilots, though, “would often find themselves facing British pitchforks, if they bailed out.”

It isn’t clear just how many times this happened. But John “Paddy” Hemingway was arguably one of the luckiest pilots of the war. The Germans shot him down four times, but he was never captured and lived to be 100. Two of his shoot downs took place during the Battle of Britain just two weeks apart.

The RAF pilots fought a valiant fight in 1940. They prevented Operation Sea Lion, the German invasion of Britain.