Why this World War II British fighter was painted pink 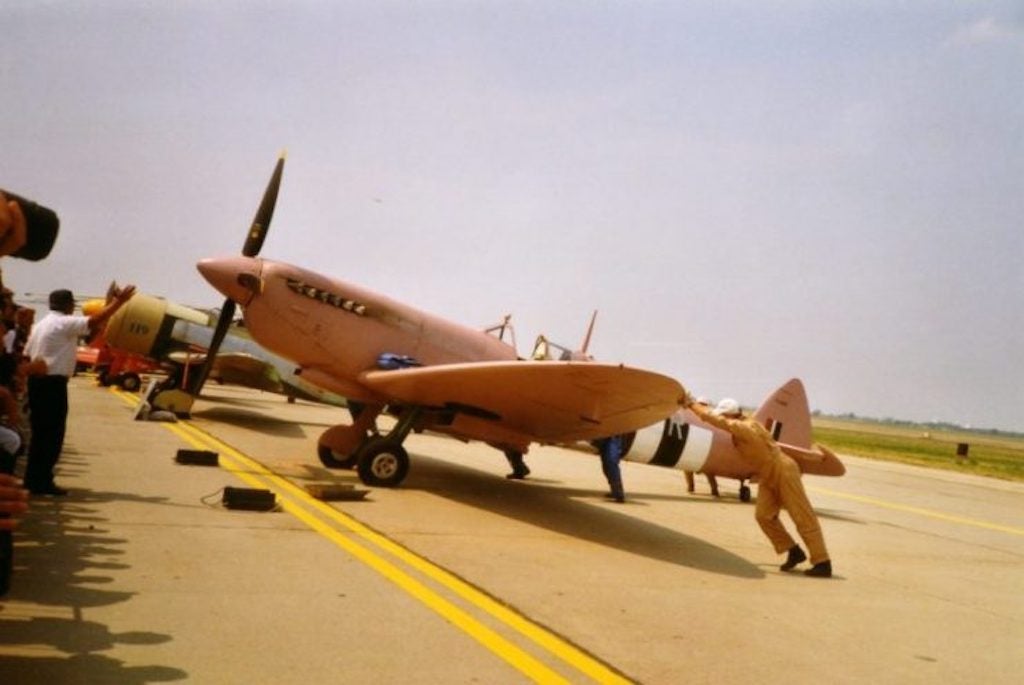 The part of the day wIth the sun setting or rising in the hours after a bombing raid can be a dangerous time for the enemy who just bombed a city to make reconnaissance flights over their targets. Still, it was necessary to asses the damage caused by the bombing run. The high alert and likely strong feelings on the ground in the wake of a bombing mission meant a tough time for the pilot of the recon plane.

Such a mission required the pilot to be given every opportunity not only to succeed in taking the necessary photos, but also to survive the mission and make their way back home to Britain. One of the ways of accomplishing this feat was proper camouflage. Given the time of day, that meant painting their vaunted fighter a most unlikely color.

The British-made Supermarine Spitfire is best remembered for its tactical success during the Battle of Britain. Its top speed and powerful engine made it more than a match for Nazi Germany’s Luftwaffe fighters and bombers. Its fights with the German Messerschmitt Bf-109 were so legendary, people believed the Spitfire was England’s primary fighter aircraft (it wasn’t), and that it was the best performer in the Royal Air Force at the time (it was).

Despite its excellent combat performance, not all Supermarine Spitfires were made for downing Nazi airplanes. Some of them were built to take photos, specifically photos of the aftermath of Allied bombing missions. To do this required a lot of intrepidity and more than a few options for the fighter pilot when coming under fire.

Photo reconnaissance was one of the most important and most dangerous missions in all of World War II. Spitfires converted for the role were the best fighters for the job, and were so good that even the United States used them for photo reconnaissance and bomb damage assessments.

Supermarine Spitfires were not only fast and maneuverable fighter aircraft, when specially converted to remove its weapons and they were replaced with fuel tanks, it gave the plane exceptional range to boot. They were able to fly all over occupied Europe to determine the status of the RAF’s and U.S. Army Air Forces’ bombing missions. Its range when converted this way extended all the way to the far end of the Baltic Sea.

Without weapons, though, Spitfires could be sitting ducks for interceptor aircraft and for anti-aircraft fire coming from ground-based guns. While moving and taking photos was a simple enough job, being defenseless over enemy territory meant pilots needed every advantage available to them. To give them a leg up over anti-aircraft guns and flak, the planes were designed to blend in with their surroundings while completing its mission.

This meant the aircraft was painted pink, so it could blend in with the sky as specific times of day, namely sunrise and sunset. Throughout the war, the Spitfire completed its intense mission and a total of more than a thousand Spitfires were converted into photo recon planes, painted pink, and sent to determine which cities would need another bombing run based on target destruction. Pink Spitfires led that effort, blending in with the evening and morning suns to determine the effectiveness of a bombing mission.Their distinctive color camouflage allowed them to blend in with the skies, making these recon missions far less deadly than they could have been.