The complete guide to military bases in Colorado 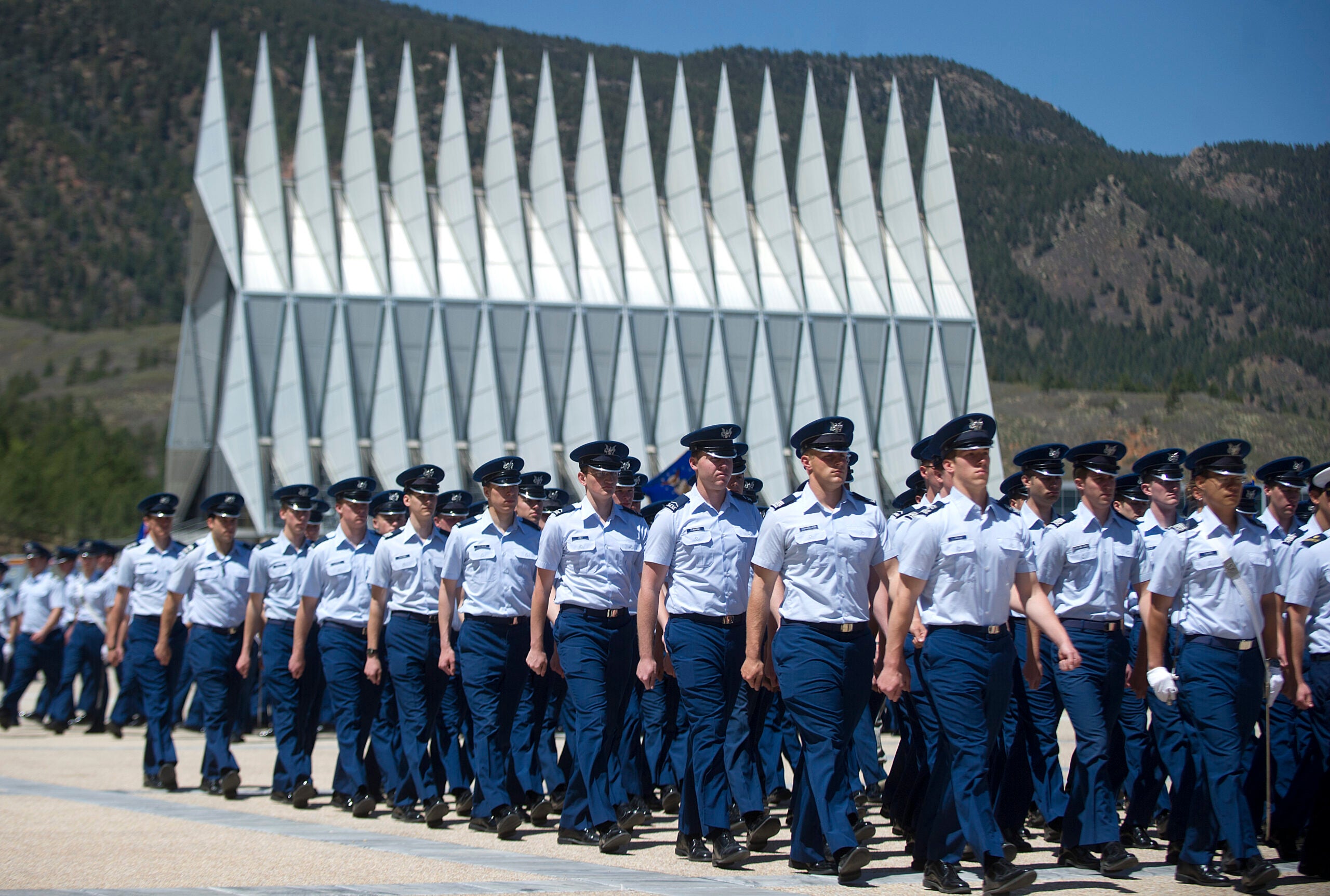 Wondering about what bases you might find in the Centennial State? Well, it’s no surprise that land-locked Colorado doesn’t have any installations for the water-based military branches. But what you might not know is that the Colorado is home to a Space Force bases alongside its Air Force and Army installations. Here’s an overview of the military bases in Colorado you can expect to find.

The Air Force Academy is located in Colorado Springs and accepted its first class in 1954. However, women couldn’t attend until 1976. Air Force cadets go through intense training, just like at other military colleges. Their training includes five weeks of basic cadet training on base. Athletics play an important role at the Academy. The school football and baseball teams, and there’s everything from water polo to gymnastics. After graduation, cadets have earned a bachelor’s degree in science and commission as second lieutenants in the Air Force. During graduation, Thunderbirds fly overhead.

CMAFB is one of the most well-protected military installations. No, really. It’s literally located inside a mountain! The DoD definitely wants to make sure whatever is inside stays safe. Very, very safe. Surprisingly, some parts of the installation are open to the public, including a very out of the way and somewhat random petting zoo. All things considered, it might not be the weirdest thing you’ll ever find on an installation. Either way, if you’re wondering what’s so secret about the base, here’s why the installation is inside the mountain.

Also located in Colorado Springs is Peterson Air Force Base. The installation provides runway support for Colorado Springs Municipal Airport. The installation can trace its history to 1942. Its initial mission was to train pilots for photo recon missions. However, by the end of the war, the mission at Peterson changed. These days, it hosts the 21st Wing, an Air Force Wing that’s spread over six counties. The 21st is responsible for space control and missile warnings for the entire country.

Less than 20 kms from Peterson is Schriever Air Force Base. Unlike Peterson, Schriever is relatively young. Construction on the base started in the 1980s but was built without any one mission in mind. Currently the 50th Space WIng calls Schriever home. The 50th is responsible for the careful monitoring of over 170 satellites.

Fort Carson isn’t a base, since the Army calls their installations posts. However, it is the “Best Hometown in the Army” because of its great location. Sometimes it’s called “Mountain Post:” because of it’s location. These days, it’s home to the 4th Infantry Division. You’ll also find the 10th Special Forces Group and others. This installation is often considered one of the premier DoD locations for training Soldiers to win in combat situations. Nearby Colorado Springs and Fountain are excellent places to live and the area provides breathtaking scenery.

The mission at Ft. Carson is to build and maintain combat ready expeditionary forces ready to fight and win in complex environments. Ft. Carson is home to the 4th Infantry Division and the 10th Special Forces Group (Airborne). You’ll also find the 71st Ordnance Group. Since 2005, it’s been home to the Army’s 1st Space Brigade. The 1st SB’s mission is to “provide trained and ready space forces to conduct global space force enhancement.” Check out our complete Ft. Carson guide here.

PCD is a storage site in Pueblo, Colorado. It’s about 40 miles south of Colorado Springs. The 36-square mile facility is in an arid, out-of-the way section of the state. The storage facility is home base for America’s arsenal of chemical weapons. In fact, it’s one of nine Army installations tasked with this mission. The facility has more than 900 above-ground earth and concrete igloos for storage purposes. However, it’s estimated that only about ten percent of the structures contain chemical weapons.

Buckley Space Force Base was an Air Force installation until 2021. But it’s no stranger to space travel. In fact, its first space mission happened in 1969! Located at the foothills of the Rocky Mountains, Buckley Space Force Base is nestled in a thriving military community that includes service members from all branches and a robust retiree population as well. The 300 sunny days a year mean there’s always a reason to get outdoors.

How many military bases are in Colorado?

Counting the chemical weapons depot, there are seven installations in Colorado.

How many military bases are in Colorado Springs?

The area around Colorado Springs is home to three military installations.

What is the big Army base in Colorado?

Fort Carson is in Colorado and is considered one of the best Army posts!

Can you be color blind in the military?

It’s possible, depending on the job that interests you. Speak with your recruiter for more information.