Walt Disney almost joined the Canadian Army - We Are The Mighty 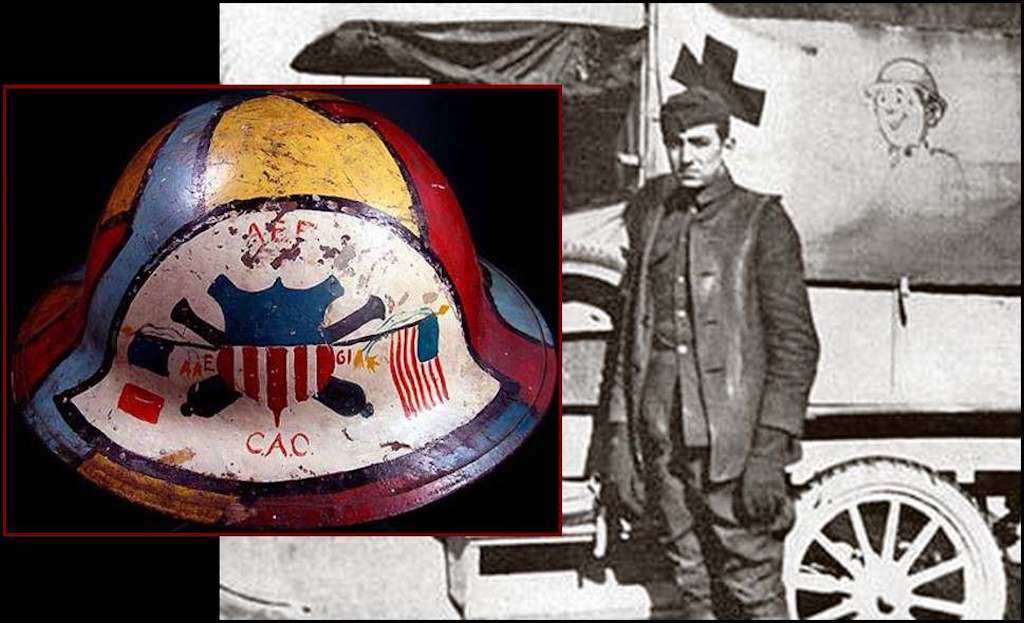 Walt Disney next to his ambulance artwork.

There’s no denying the fact that Walt Disney is a household name. Though much of his vision came to light after his death, this iconic fixture in American culture greatly changed the way we see tourism today. He is even credited for being one of the biggest reasons Florida has grown to be as large as it has.

However, long before there was Disney+, Walt Disney World, or even the first animated films, he was working on an entirely different type of project: Finding a legal workaround to the war efforts.

In the fall of 1918, World War I was coming to a close. However, Walt’s three older brothers had joined the U.S. Army and were fighting overseas. Walt himself felt called to also fight in the war. Though he tried to join, he was denied for being too young; in 1918 he was only 16 years old.

As a workaround, he and a friend, Russel, decided to join the Canadian Army instead. Located in Chicago, their plan was to run away and cross the border, as Canada took soldiers at just 16 years old. In addition, Walt’s father was born in Canada, meaning he had both family and knowledge in the country.

However, the night before they were set to leave, Russel’s mother found his suitcase and called Walt’s parents to alert them of their scheme. Angry with her son, Flora Disney made him promise to clear any future war efforts with her. Walt agreed.

Disney soon learned that he could work with the Red Cross at just 17 years old. So, with the permission of his mother, he forged his birth certificate to make himself a year older. (One of the first instances of his artistic talents at work!) The botched document worked, and he was accepted to the Red Cross as an ambulance driver.

He was soon sent to training when he contracted the Spanish Flu, which delayed his trip overseas. Then in November 1918, after the end of the war, he went to France via a cattle boat. The Red Cross was active in the post-war occupation period, and Disney was first in line to join the effort.

Most ambulances were covered in camouflage, but Walt did his own completely in cartoons and doodles. (Because there was an occupation period rather than war, this was not considered a danger.)

Walt spent a year in France driving his ambulance. As a side gig, he also began painting military helmets to look like German sniper helmets full of bullet holes, dings, etc. This hobby brought him a considerable chunk of change, which he then sent home to help support his family. He sold the helmets as a souvenir and also painted awards on the backs of leather jackets. He went on record saying he got 10 to 15 French francs for each order.

Later, in public interviews, Disney said he couldn’t face his future children without having done something for the war effort, noting that it was better to lie and help than to stand back and do nothing.