What Ulysses S. Grant taught us about the most successful failure - We Are The Mighty

What Ulysses S. Grant taught us about the most successful failure 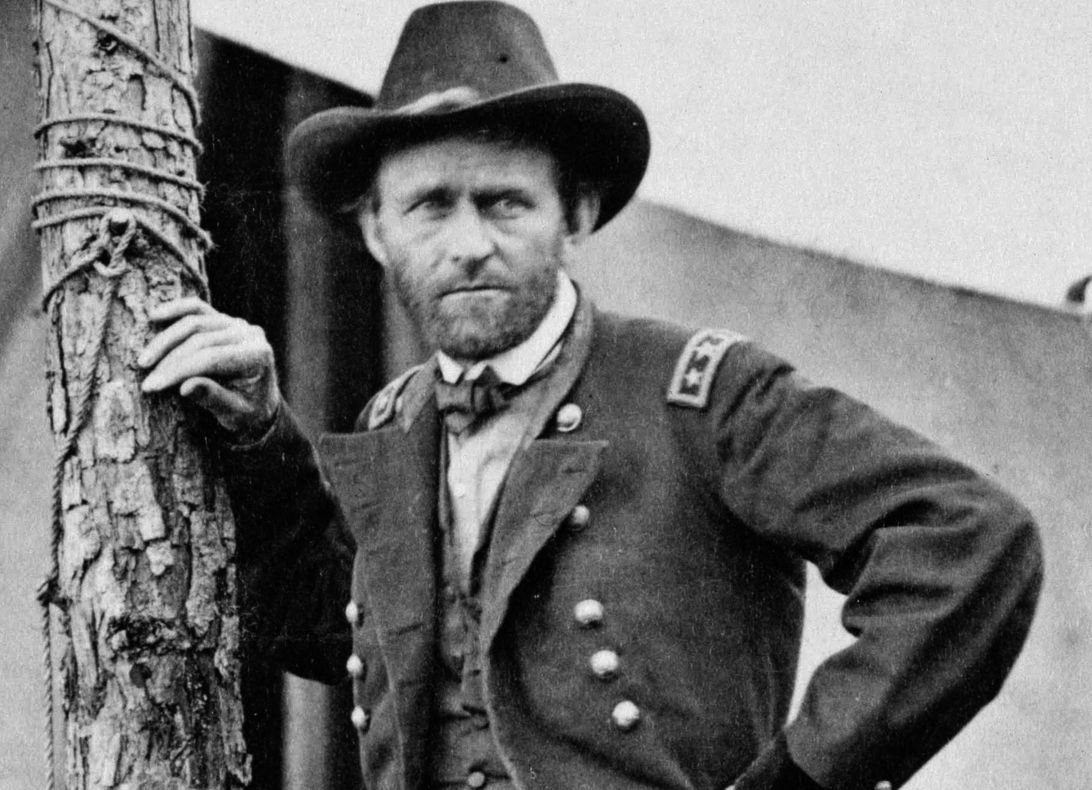 Commanding General Grant at the Battle of Cold Harbor, June 1864. (Library of Congress).

Some people are born for greatness. And great failure. Their inspiring moment in time becomes sandwiched between abysmal mistakes.

From poverty before the Civil War, to a scandal-plagued presidency, Grant rode into destiny just when his country needed such a man most.

Perhaps the key to understanding Grant comes when we consider that he had two traits critical to eventual success: perseverance and focus.

Grant needed both in order to move forward professionally and personally, and he used them like a master. He persevered through business failures (and a, shall we say, uneven presidency), aided by that rare quality: focus. Great minds are able in difficult moments to remain steady. Even his famous drinking habit abated when it counted. A friend noted during the war that when things got most tense, Grant wouldn’t touch liquor. Whether it is prayer that helps us steady ourselves, or a more secular “centering the mind” concept, focus has the benefit of helping in practical ways—you get a vital task finished—and it provides what we can call emotional momentum. You know that you will one day emerge from the dark forest into the sunshine.

U.S. Grant did that many times.

The writer Ron Chernow describes a young Grant as “forgettable and colorless.” In the years just before the Civil War, he managed a failing farm and, incredibly, was reduced to selling firewood on the street corner in order to put food on the table.

But his moment was coming.

Imagine the dilemma Abraham Lincoln faced in 1864. The vaunted Army of the Potomac, superior to the Confederacy in terms of manpower and munitions, was being under-used by General George McClellan. The commander of that vast army was brilliant in certain ways. Yet his hesitancy on the battlefield was fatal. Lincoln was frustrated. Ol’ Bob Lee (who had turned down the president’s offer of command of Northern armies) was a wizard in combat. A singular strategist, he bedeviled the Yankees time and again. He knew how to use and control a dizzying number of personalities (JEB Stuart, Stonewall Jackson) in order to rack-up landmark victories.

The United States could cease to exist.

Possessed of his own brilliance, Lincoln gambled big. He sacked McClellan and handed the keys to a relatively unknown general from Illinois. Grant wasted no time, and his victory at Vicksburg allowed the Union forces to coalesce with other talented commanders like William Tecumseh Sherman to see that sunshine through the dense underbrush of bloody war.

Oddly, Grant had more than his share of contradictions. The architect of the brutal campaign to bring the South to its knees, he had been described earlier in life as someone that enjoyed fishing near a tannery in town, but “he was unusually sensitive to pain, and his aversion to taking any form of life was so great that he would not hunt.”

This seems so incongruous compared to the man that commanded an army that laid waste to the South in Sherman’s famous March to the Sea. Grant gushed over Sherman’s progress of total war, even ignoring his general’s comment that, “I begin to regard the death and mangling of a couple thousand men as a small affair, a kind of morning dash,” in his drive to break the Confederacy.

It was broken, and Grant, four years later, found himself in the White House.

Near the end of his life, battling cancer (one observer noted a huge tumor on Grant’s neck “as big as a man’s two fists put together”) the old general blocked-out every pain and setback by agreeing to Mark Twain’s request to write his memoirs. He just beat the deadline by a Herculean writing regimen. The finished, two-volume set provided wealth that enabled his widow to live comfortably for the rest of her life.

On a hot July morning in 1885, the great general broke the cycle of mistakes, ending with triumph. He was mindful of his family and told a visiting pastor, “I’m ready to go.”

With that, a magnificent life drew to a close, and he rode off into history.