This is why World War I soldiers wrapped their legs 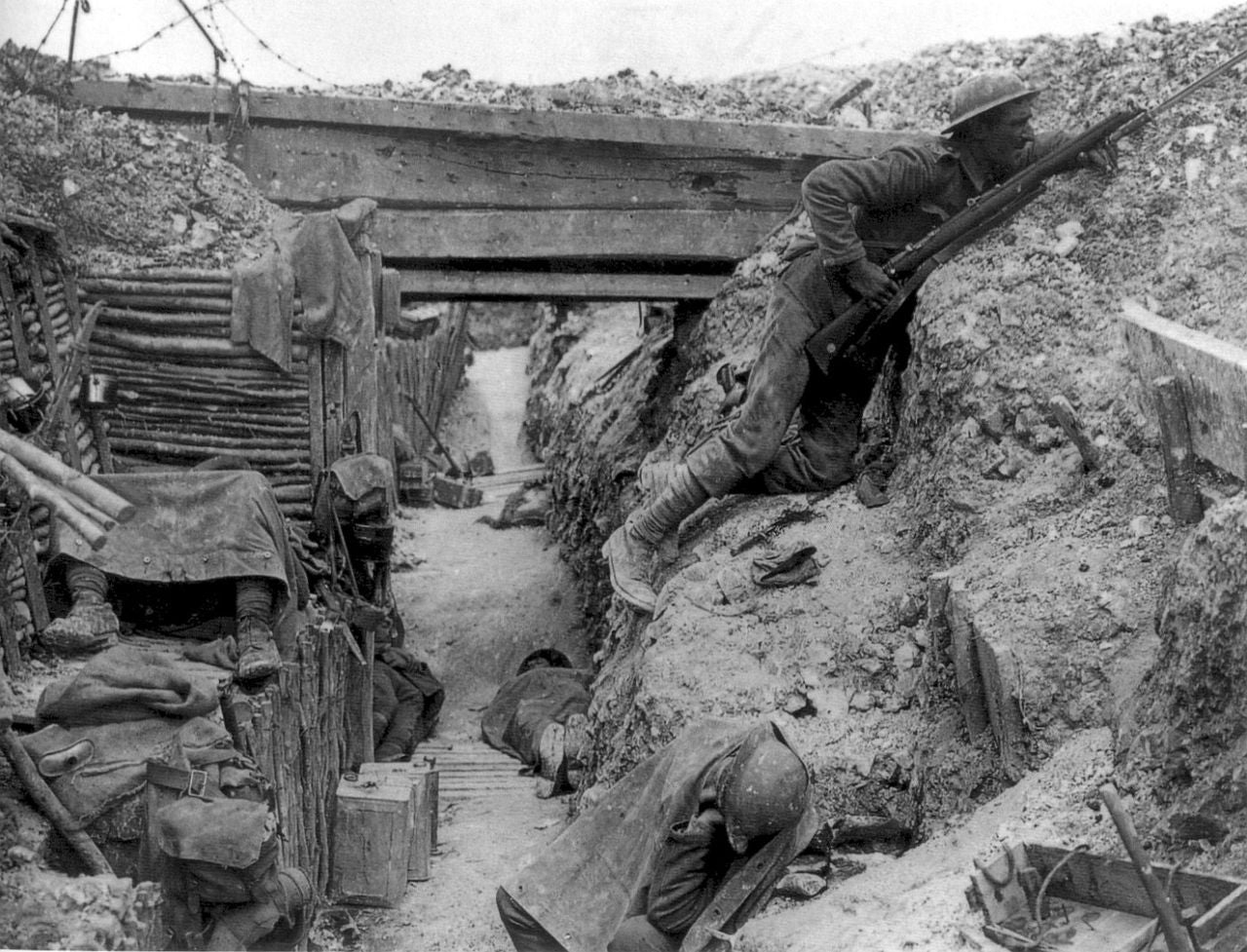 A German trench occupied by British Soldiers near the Albert-Bapaume road at Ovillers-la-Boisselle, July 1916 during the Battle of the Somme.

Military footwear has come a long way since our forefathers fought in the snow with strips of cotton and rags wrapped around their feet – if they had any shoes at all. By the time the War of 1812 rolled around, American troops had some issued shoes and a little more uniformity in their footwear. The trend continued as the American way of war itself evolved.

In the Civil War, Union soldiers wore brogan-style shoes, an ankle-high leather kind of boot. The shoe hadn’t changed much for the enlisted men by the time of the Spanish-American War at the turn of the 20th century, but some were issued leggings to top those boots. The leggings were made of canvas and extended halfway between the ankle and the knee.

Leggings were meant to protect the pants and legs of the wearer from briars and brambles from tearing at the uniform or even worse, the skin. By the time the United States entered World War I, leggings were still standard on the U.S. military uniform. In old photos, however, we can see many soldiers have their legs wrapped with strips of cloth.

They didn’t do this because the issued leggings weren’t good enough against the brambles of Western Europe. The reason US troops wrapped their legs is based on the fact that a good idea is just a good idea.

They weren’t just wrapping their legs with any strips of cloth they could find, like their Revolutionary War forebears. The actual name for these pieces of military equipment are puttees. They were originally adopted by British soldiers serving in India, but – as stated previously – a good idea is a good idea. The puttees caught on to the rest of the British service.

It wasn’t long before puttees began appearing with other armies that were in the British Empire and, later, commonwealth countries. The Austro-Hungarian Army, the Chinese National Revolutionary Army, the Belgian Army, the Ethiopian Army, the Dutch Army, and the Imperial German Army all soon adopted puttees for infantry use.

Puttees helped keep the mud and water out of a soldier’s boots, a common problem in the trenches of World War I. Shoes at the time weren’t always made to exacting standards, and sometimes didn’t fit right, if the soldier even had two shoes of the same size. Puttees could be wrapped around the boot and extended up to the leg to help keep water and anything else from getting into their shoes.

Like any other uniform item, puttees were worn according to uniform standards, but could be worn with battle uniforms or dress uniforms, so most troops had a set for when they might be at the front, even if they were staff officers. Puttees didn’t have to be fitted for the individual, could be wrapped to a desired tightness, and could protect more of the leg than boots, gaiters, or leggings.

They could be higher than any other leg protection equipment, protected just as well, and could be manufactured as one size fits all. The thickness of the puttees could prevent things from cutting into the trousers, boot, or even the leg. It’s a simple solution to a huge problem for the World War I soldier. They were also easier to wind back up and stow.

Like any other leg wrap, the wrapped puttee really worked, protected the legs, and rarely unwound when wrapped around the legs properly.