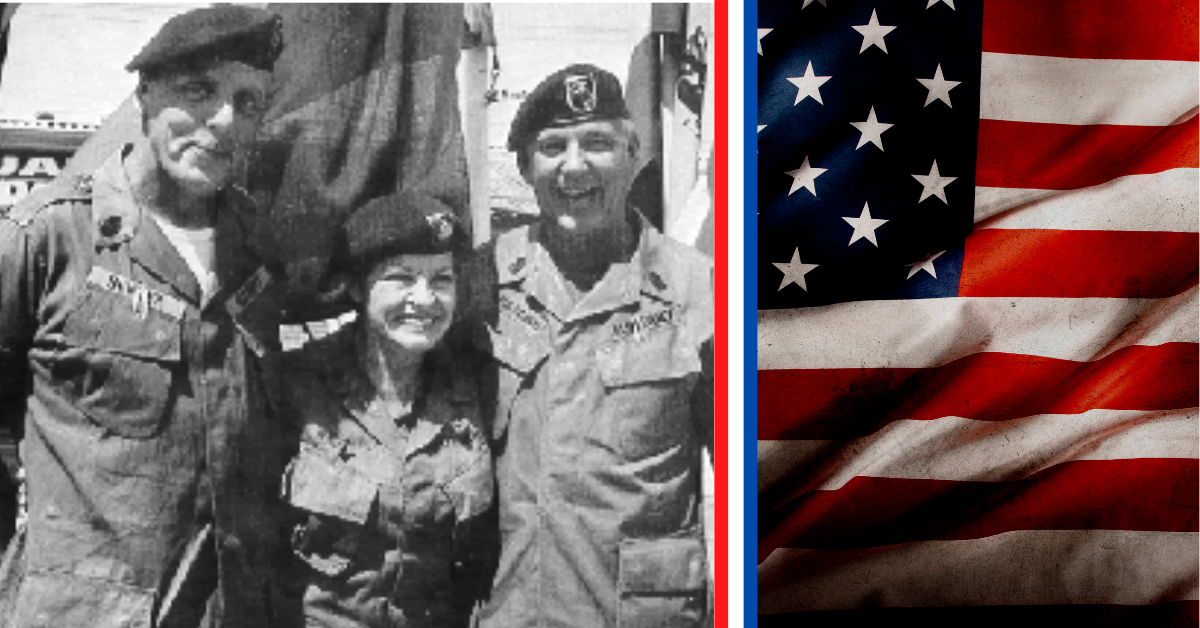 During the Vietnam War, entertainer Martha “Maggie” Raye put on a uniform and spent over 30 hours supporting medics during a major battle. She traveled to Vietnam more than any other entertainer to boost the morale of the troops and often went above and beyond to serve in any way she could.

President Lyndon B. Johnson made her an honorary Lt. Col. in the Armed Forces and presented her with her very own Green Beret in 1964. In 1993, President Bill Clinton awarded her the Presidential Medal of Freedom. Decades later, the U.S. Army Special Forces Command (now 1st Special Forces Command Airborne) established the official Col. Maggie Raye Volunteer Award.

Special Forces Charitable Trust has been the annual sponsor for the Awards Dinner since 2012. Jodi Burns, Executive Director says “We are so proud to support the COL Maggie Raye Awards dinner to honor these incredible spouses from the Special Forces Regiment that serve alongside their Green Berets and impact their military and civilian communities in phenomenal ways.”

The award is given to those who work behind the scenes to improve the lives of those in the community, above and beyond. The honorees for 2022 are Deborah Calhoun, Vikki Gitlin, Liz Dannemiller, Felicia White, Molly Tobin, Kati Poston and Elizabeth Quinn, all recognized for their extraordinary work. WATM caught up with Gitlin and Tobin to get their stories of becoming a spouse to a Special Forces operator and what it means to be chosen for the Maggie Raye Award.

“I grew up in a little town in southern Tennessee called Winchester. It was your quintessential small town with the old town square movie theater and drug store. A place where everyone knows everyone and you never venture into town without running into a friend. I was introduced to the military very young because my father, grandfathers on both sides and uncles served from WWII to Vietnam,” Gitlin shared. “While I was never directly involved in the military, respect and honor for country were instilled by my parents from a very young age. I was taught to be grateful to all those that have sacrificed for my freedom.”

Meeting her Green Beret appeared to have been ordained, since they kept missing each other. “I attended college in Clarksville, Tennessee and my husband, Louis’s first duty station was Fort Campbell. After graduation I moved home and at that same time Louis moved to Fayetteville NC to attend the Special Forces Qualification Course,” she explained. “In late December 2006 we had both returned to Clarksville to visit old friends and finally met in a restaurant downtown Clarksville called the Front Page Deli. We often wonder how many times before then we had run into each other at the same restaurants and bars. God definitely had a plan for us to meet at that exact time.”

Life as the spouse of a Green Beret is challenging. The frequent deployments, op tempo and ongoing training means they are often away from the home, leaving the spouses to hold it together alone. For Gitlin and Tobin, volunteering is their way of serving and supporting the community.

Giving back is everything

“I enjoy volunteering due to the connections you can make, relationships you can build and the help that can be provided,” Tobin said. “Communication does not always make it to the family members or people who need it most. As a volunteer, I feel responsible to our families to make sure they are as informed as possible and are given as much information as they need.”

She met her husband in October of 2011 after he returned home from a year-long deployment to Iraq. When he came into the Ford dealership where she worked, they exchanged numbers. By April of 2012, they were married.

Today, she is an RN pursuing her Master’s to become a Family Nurse Practitioner. Despite her busy life with family and school, she’s all in on serving her community. “I am passionate about providing our service members and their families the support that they need such as childcare and respite care,” Tobin explained. “I have been strongly involved with the request of a CDC being built on Camp Bull Simons to cover the childcare that our service members at 7th Special Forces Group are robbed of.”

Gitlin is just as busy but believes giving back to the SOF families is a must. “I volunteer because I have to — I mean that in the best way possible. Volunteering is all I’ve ever known. Since I was a small child my family has been volunteering at church and in the community.  I was taught that giving of yourself is the only way to make a change in this world,” she explained. “It balances out all the bad that surrounds us. Some people volunteer because it lowers their depression and makes them feel better about themselves. I volunteer because it’s an innate part of who I am and ultimately, it’s the right thing to do.”

As Tobin reflected on being chosen for the Maggie Raye award, she felt overwhelmed.

Standing in with greatness isn’t easy

“Being honored with such an incredible group of women and to join the ranks of those who have been awarded this prestigious award before us was indescribable. As spouses, we do not volunteer for any gratitude or level of appreciation. We volunteer because we want to help,” she said. “If we see a cause, whether it is raising funds for a family event, organizing a poster-making party for homecomings or pushing for a childcare center to serve our servicemen and women, we want to help. It is a great feeling to know that there are strong women who support the causes for our families and it was a blessing to be on the stage with these admirable spouses.”

Gitlin echoed her sentiments and added some words of wisdom for aspiring volunteers. “I feel like people get so intimidated by the thought of not doing enough. Or their contribution getting measured against someone else’s and it seems to stop people from even trying,” she stated. “There is no bar that has to be met when it comes to making a difference. Writing a kind note, giving a kind word, leaving a bottle of wine on someone’s doorstep, babysitting for a couple of hours – it doesn’t take much to change someone’s day. The smallest acts of kindness can really make a difference.”

To learn more about Special Forces Trust and how they support the SOF community, click here.