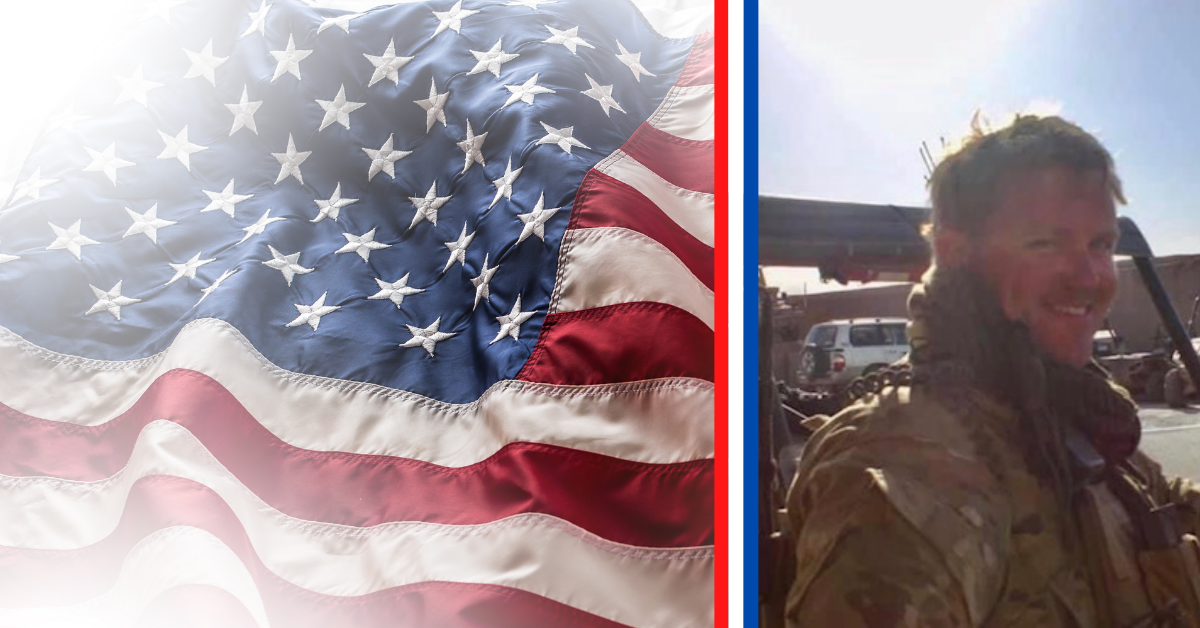 On August 8, 2012, Army Green Beret Master Sgt. Gregory Trent died from wounds sustained in a battle with the enemy in Afghanistan. But he was so much more than an American hero who willingly sacrificed it all for our country.

It’s for those reasons and many more The Unquiet Professional, a nonprofit dedicated to serving the families of the fallen, is grateful to honor Trent in their annual Memorial Mile on Memorial Day. His surviving spouse, who’s now remarried, continues to share his legacy of love, kindness and silly music.

It was difficult for Bethanie MacDonald to describe him in past-tense because so much of who he was lives on in their daughter, Gwen and the beautiful memories they made. “When I gave birth to her I let him hold her first since he was constantly trying to get her out of me anyway. He was a mess, couldn’t keep it together! She was his whole world,” she said with a smile.

But years before 9/11 would change the world as we knew it, it was MacDonald grabbing his attention. At a stoplight, no less. “I was driving with a friend when I saw him at a red light stopped with another guy in a jeep. I waved at Trent [he was known by his last name] because he was cute and he was like ‘who, me’. I said ‘yeah you – pull over’,” she laughed.

The two made plans to meet up later, which they did. After an all night talk-fest and MacDonald eventually treating Trent to chicken nuggets – they were in love. The two drove to her favorite spot where Trent asked her to slow dance to music playing on her car radio. “I grabbed him and I kissed him. And then I thought, well, I’ve done nothing but scare this guy off except for the chicken nuggets and then he was like, ‘let’s get married,” she smiled.

MacDonald laughed when she talked about discovering what he actually did professionally. According to him, he jumped out of planes for a living. Though she’d learn he was actually part of the artillery for the Army and had enlisted in 1998.

“He wanted to see the world so when it was time for his reenlistment we went to Italy. Then the war kicked off,” she said.

MacDonald found herself pregnant and alone. But she was all in on her job with the Southern European Task Force (as it was known then) and the community. “I loved my job and the people! I took it as an opportunity to explore and travel. It was still hard with Trent being in Iraq and not having much contact,” she said. “But like everything, you make choices. We chose each other and working together.”

The couple would lose their first child.

“A year later we were pregnant again. I was so scared and didn’t want to tell anyone but he couldn’t help himself and literally told everyone,” MacDonald laughed. “He was in Iraq for the majority of that pregnancy, which was probably the safest place for him because I was so uncomfortable.”

“As a dad, he did everything with her. She was the love of his life and I became number two, which was okay because it was the same for me. Here was this person we created together,” MacDonald said.

In 2004, Trent put in for selection and was chosen to attend the Q course to become a Green Beret. In 2006, he and his family relocated to Fort Bragg where he was assigned to Company B, 4th Battalion, 3rd Special Forces Group (Airborne).

Together, they built a beautiful life filled with love. “My whole trajectory changed the day we met because he was the one person I loved enough. He was home no matter where we were,” she added.

As the war continued, they talked more often about plans in the event of his death. Ultimately, Trent became adamant about being buried at Arlington National Cemetery – surrounded by those who’d worn the uniform of service.

Trent loved music and would utilize a rolodex in his mind to pull out a song for every occasion. Though he was the epitome of a “quiet professional” at work, at home he was silly and always looking to make his family smile. He also committed himself to never bring the war home to them, either.

MacDonald recalled Mother’s Day in 2012, shortly before he was killed, when he called to talk to her and celebrate the day. She said he sounded off and just wasn’t himself. “I may have even told him to go take a nap. After we hung up I found out from the other wives that the team had been in a horrible firefight. They actually put him in for a Silver Star for his actions during it all. But Trent never let on,” she said. “Trent was quiet, wise and an exceptional leader. He had this very noble way of carrying himself and the strength of presence. Though he didn’t say much, when he said something it was impactful.”

Though the war would take him a few months later, she refused to allow his last day to be the one which mattered.

A few years later, she remarried a widower with a son. Together – they share and keep the memories of their spouses alive through a lovingly blended family. “After a tragedy you think that’s where your story ends because you can’t see past your grief. But it doesn’t – your story will go on,” MacDonald shared. “I’ve been blessed to really have two men that I love but more so that Gwen has been able to have two exceptional dads to the point where if someone said tell me about your dad she’ll ask ‘which one’. Because she owns both of them.”

MacDonald has spent the years since working for the Department of Defense and endlessly serving the Special Forces community. In 2021, she joined the Green Beret Foundation where she is the Veterans Service Officer for Fort Bragg Green Berets.

And as for Memorial Day, what does she want readers to embrace on the day set aside for reflection and remembrance?

“Memorial Day is a time to pause to think about how grateful we are for those people, all of them, who died for our country. We [Gold Star Families] think about them every day but this is one day where everyone gets to,” she said. “If Trent could see anything through my eyes, I’d want him to see all of this love, and all of this effort for other people or for him and because he doesn’t get to live his life, I want my life to be a good one lived.”

To learn how you can be a part of The Unquiet Professional’s Memorial Mile in honor of Trent, click here.