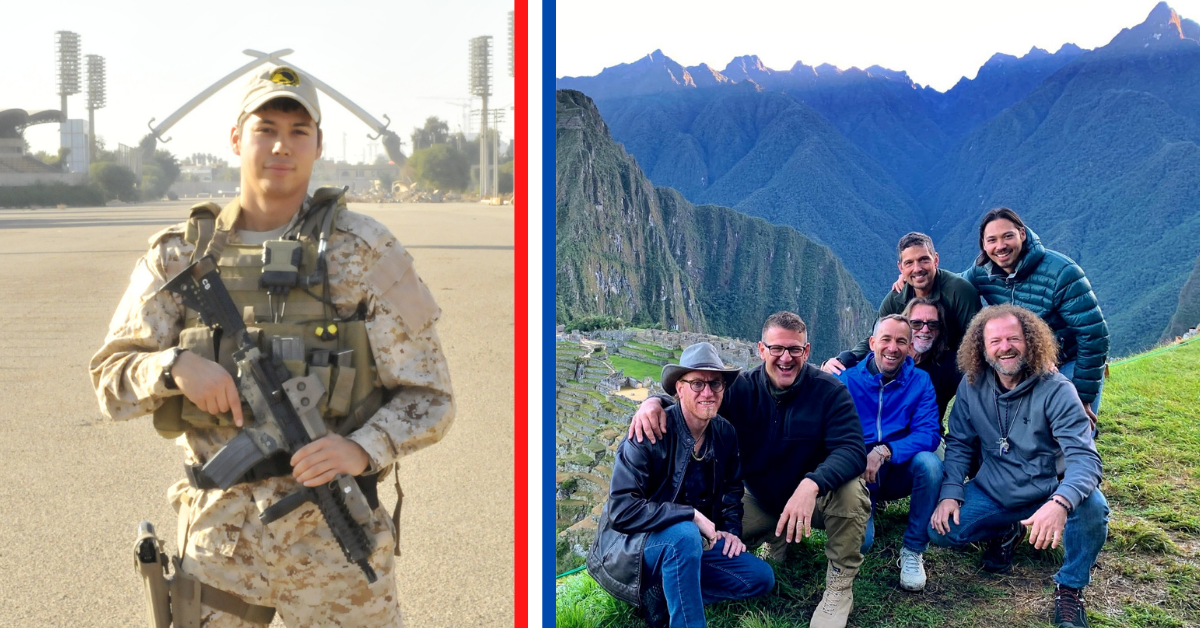 Forbes has labeled cryptocurrency the future of money. Who better to lead veterans into this wealth-building space than a former Special Forces operator?

Lane Belone grew up in small-town Oklahoma, population 5,000, raised by a single mother. He was also a proud Boy Scout, loving the mission-oriented organization as well as representing something bigger than one’s self, he added.

Though he considered using the scholarship for Native American youth available to him to attend college, Belone and a friend decided to engage in a game of chance to decide both of their futures.

“I said let’s just rock, paper, scissors for it. He won from the best out of three and we both joined the Army instead of heading to college,” he laughed. “I feel like my life has been guided by greater things than myself. Although I had a lot of ambition and energy, I didn’t have direction. Joining the military was the best thing for me.”

Not only did he enlist in the Army in 2005 but he tried out for the Special Forces in 2007. After making the selection and graduating from the Q-Course, he was assigned to the 10th Special Forces Group in 2009.

“Being able to have that important mission where people relied on me, people counted on me to do my best to go on the mission and succeed. It was always for something bigger, right? It’s not just for my own success, or me as an individual,” Belone explained. “It was always about the unit, the team, the battalion and the inter country connection.”

He served on active-duty for 12 years before transitioning out of the Army in 2017.

Not long after –– Belone met a fellow veteran soldier, Steven Kuhn, at a veterans PTSD retreat in Peru. After the trip, they decided to combine forces and tackle the entrepreneurial space.

Together, they launched The Humble Alpha Veteran Empowerment (HAVE). From mentoring to their internal business and leadership university, both were committed to changing the landscape for transitioning veterans. They even wrote a book together, Unleash Your Humble Alpha: Own Your Presence in Life and Become the Epic Leader You Are Meant to Be.

“We have five core principles or core models that basically help guide somebody to know exactly who they are, how they interact in the world and what their purpose is in life,” Belone said. “When you know about yourself as an individual, then it makes it much easier for you to fall into a bigger picture, a movement that is much greater than oneself.”

Going deeper, he referred to this process as the veteran discovering his or her humble operating system, creating the foundation needed for success in life.

“We have an entire community where veterans are exposed to all these different types of healing modalities that can help assist them on their journey,” he shared. “The goal is to help them on the road to recovery from addictions, to help combat PTSD and other forms of trauma and to move forward towards that quality of life that everybody is looking for.”

HAVE has created a vast community of business hungry and success-seeking veterans who are supporting each other’s projects and ideas. As both Belone and Kuhn watched the explosion of cryptocurrency and NFTs in particular, they wanted to find a way to craft a wealth building opportunity specifically for veterans.

Though the typical digital NFT is photos, art and even music –– the guys are going all in on something near and dear to the military: challenge coins. 22,220 to be exact. The first drop of the limited edition 5,555 coins will feature the Marine Bulldog and will be minted on EktaChain, which is a decentralized network bridging the blockchain that is NFT into the physical world.

For transitioning veterans, there can be struggle in finding identity or the new path forward after service. Belone and his HAVE co-founder are hoping they’ve built a way for those veterans to find their space in the entrepreneurial and financial world.

“It’s okay to not know how to move forward with who you are, with this new sense of purpose,” Belone said. “Get around other veterans that are here to support, collaborate and elevate, who are here to empower each other in a meaningful and purposeful way. We’re here to listen and we’re here to allow you to be heard.”